London hunger striker tells The Canary "If we die, we'll be dying with smiles on our faces" - Canary 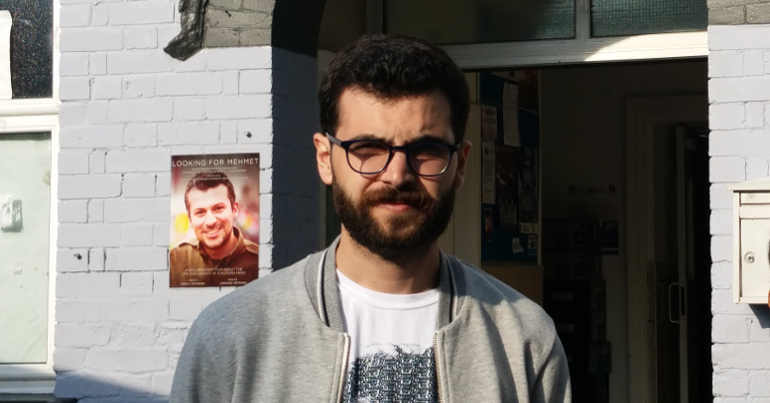 Right now, Kurdish people around the world are waiting in anticipation. They want news as to whether the Turkish state has finally lifted the isolation of imprisoned Kurdish leader Abdullah Öcalan.

Thousands of hunger strikers and 30 death fasters have been putting their lives on the line to force Turkey to give Öcalan regular access to visitors and lawyers. Many hunger strikers are close to death. Kurdish MP Leyla Güven will soon reach her 200th day without food.

But positive news could be on its way. For months, international activists have been campaigning, demonstrating, occupying buildings and pressuring MPs. They have particularly focused on the European Committee for the Prevention of Torture (CPT), asking it to take action and visit Öcalan in prison.

International pressure seems to be paying off. On 2 May, Öcalan’s lawyers visited him in prison: their first permitted visit in eight years. And the CPT finally visited Imralı prison where Öcalan is held. On 16 May, Turkish justice minister Abdulhamit Gül announced that the ban on visits to Öcalan had been lifted. But with no guarantee that Turkey will keep its word and actually end the isolation, the hunger strikes have continued.

On 22 May, Öcalan’s lawyers announced that they had been to see their client in prison again. This is really positive news. Millions of Kurdish people are currently waiting for the lawyers’ statement for further information.

In the second of a two-part interview, Mehmet talked to The Canary about his reasons for risking his life.

The Canary: Can you talk a bit about your background?

Mehmet Sait Yilmaz: I come from a patriotic, political Kurdish family. We have [Kurdistan Workers’ Party (PKK)] guerillas and martyrs in the family. I was born in Bingöl but my family migrated to Istanbul in 1994. They were forced to be village guards and then had to flee to Istanbul. The village guard system is a policy of the state to force people to be spies against their own people and to lose their identity as Kurds.

What does your family think about your decision to go on hunger strike?

I spoke to my mother a few days ago. She’s worried, of course. But she told me: “we believe in what you are doing, and we’re proud of you”.

What are your reasons for hunger striking?

Some people see our action as a weakness, but it is actually a big sacrifice.

What can people do in solidarity with the hunger strikers and the Kurdish struggle?

International law doesn’t exist for Kurds. Justice disappears. We know that the British government isn’t going to take steps against the Turkish state. After Brexit, Britain will see Turkey as a new market, economy-wise. We know that Britain isn’t going to take radical steps. But maybe people can request that the government pushes the CPT to do something [the CPT has since announced that it has visited Öcalan for the first time since 2016]. And we have a lot of demonstrations and actions going on. Join us on these actions and give us strength and show your solidarity. Because solidarity means a lot to Kurds.

Are you prepared to die?

Every morning we wake up with smiles on our faces and we greet people here with smiles: that’s how we motivate people. We are the next generation of Kemal Pir. [Pir was a Turkish Marxist-Leninist revolutionary and one of the founders of the Kurdistan Workers’ Party]. He died on a hunger strike in 1982 in Diyarbakır prison. We are his students. We have learnt from him. And we have learnt how to smile in the face of death. And even if we die, we’ll be dying with smiles on our faces and we’ll be honoured for that.

Special thanks to Emily Apple for her help with this interview.