Big cat banquets and 'deboned' live tigers: a new film exposes the gruesome scale of the tiger trade - The Canary 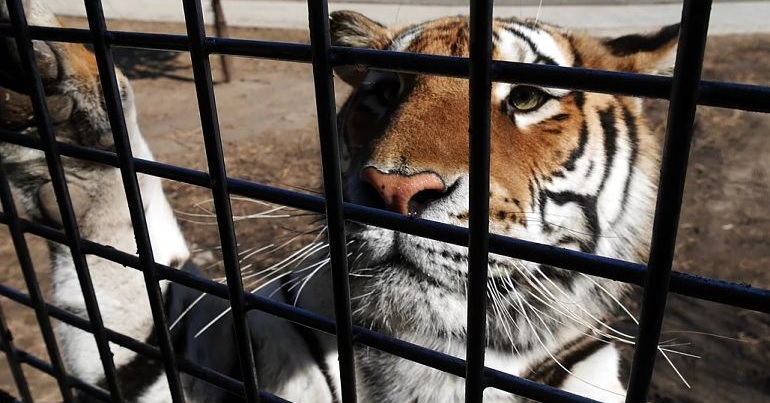 Tigers are in a very precarious situation, with only a few thousand of the endangered big cat now existing in the wild. The tiger trade is thriving, though, despite stringent rules on paper that are meant to keep it at a minimum. The gruesome scale of the trade is the focus of an upcoming film called The Tiger Mafia by Karl Ammann and producer Laurin Merz.

Over ten years, the filmmaker and author investigated the tiger trade, predominantly in China and Southeast Asia. Ammann and his team travelled under the guise of tourists, often filming covertly using hidden cameras and drones, in order to document the “realities on the ground”. The film’s trailer explains:

Long before it was talked about in the media, Karl has exposed the bushmeat crisis in Africa and crimes against animals in general. Now he’s up against a criminal network that grows faster than the drug cartels worldwide. His investigation into the trafficking of endangered animals led him down a dark rabbit hole, a world that was much darker than even Karl could have imagined.

Trailer – The Tiger Mafia from Karl Ammann on Vimeo.

Animal charity Four Paws contributed to Ammann’s findings with its research into the tiger trade in Europe. As it states on its website, the documentary exposes “breeding farms keeping thousands of tigers, tiger petting zoos” and the widespread sale of “traditional medicine and luxury items made from their body parts”.

Four Paws hosted a virtual world premiere of the film on 12 November, but the documentary’s creators are currently in talks to secure a wider release around January 2021.

As The Canary has previously documented, there is a substantial ‘cradle to grave’ trade in captive lions in South Africa – a country Ammann also travelled to for the film. There are, according to official estimates, around 200 lion farms in the country, where:

Once the lions are adults, trophy hunters pick out their picture from a line-up (with price tags) to shoot. …

Finally, farms sell their corpses – particularly their bones – for use in pseudo-medicinal products in Asian markets.

Ammann’s film documents a similiar situation happening with tigers in Asia, minus the trophy hunting. There are over 200 tiger farms in China alone, housing around 6,000 of the big cats, with many more in neighbouring countries. 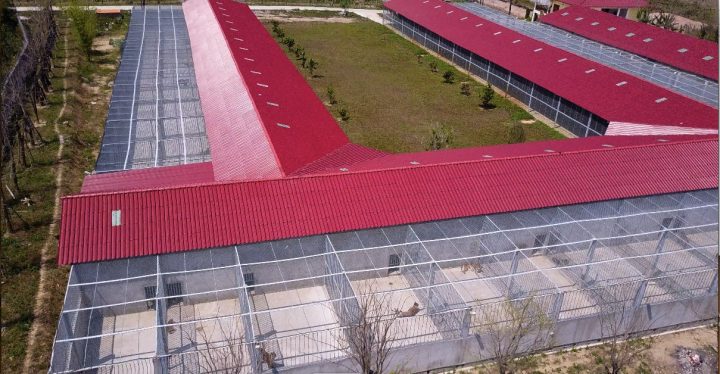 As Four Paws states, the documentary shows that:

The tigers are speed bred to be used in zoos that offer cub petting as well as other forms of entertainment and ultimately to supply the insatiable demand for tiger parts.

The tiger trade is a complex and multifaceted one. Captive breeding of tigers for the international trade in tigers and their parts is permitted in theory and strictly regulated under CITES, but can only be carried out by CITES registered facilities. The crux being that there are no captive tiger facilities registered under this system. Besides, CITES decision 14.69 clearly states that tigers should not be bred for trade in their parts. Breeding of tigers for commercial purposes is thus contrary to this decision, but it may be perfectly legal in some countries according to domestic legislation.

Recent FOUR PAWS research uncovered that many EU Member States did not keep records of captive tigers in their country and still allow for trade in tiger parts. These gaps in their protection has led to the commercial exploitation of tigers across Europe and further afield.

As Four Paws points out, breeding tigers and trading them is “allowed throughout the EU”. It further notes that:

research shows that over 8,000 illegal tiger products, such as tiger wine, were confiscated in the EU between 1998 and 2017.

Tiger farming happens in China and it also takes place in Laos, Thailand, and Vietnam. Using tiger bone in Traditional Chinese Medicine (TCM) is supposed to be forbidden in China. The Chinese government attempted to loosen the rules on this in 2018, but after a global outcry, it delayed the implementation of the new, weaker rules.

Both China and Vietnam claim to be cracking down on the wildlife trade in the wake of the coronavirus (Covid-19) pandemic.

Ammann’s documentary shows that the trade in tigers and their parts is widespread in these countries – and their tiger farms and zoos are central to that trade. 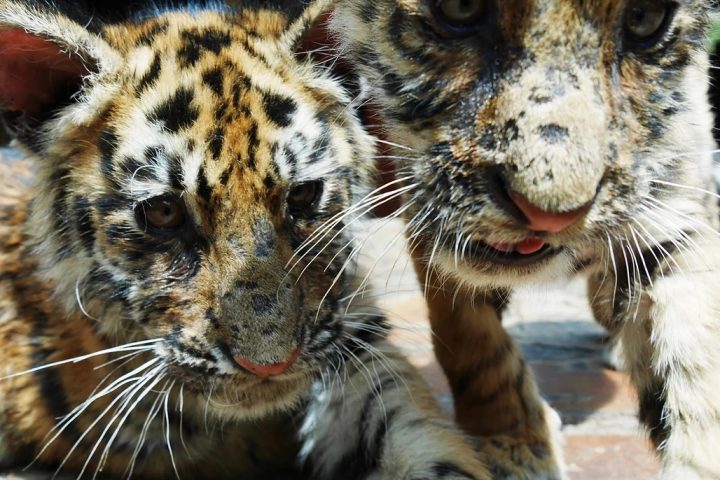 As the Washington Post‘s Terrence McCoy reported in 2019 after joining Ammann on one of his investigative trips to Laos, that government’s own reports confirmed there was “tiger breeding, killing and selling” happening in one of the country’s tiger farms. Indeed, one of that farm’s key workers offered to sell tigers to Ammann’s investigator and transport them to the Chinese border either in an “army helicopter” or “in pieces”, adding that the latter option – sending dead, chopped up tigers – is “what we normally do”.

On the role zoos play in the trade, Ammann explained to The Canary:

While the zoos are meant to be non-commercial, in Asia, and especially in China, zoo operations are all about making profits. Officials handing tiger farms a zoo license is a way to launder animals in and out of tiger farms with little or no control.

The same tiger farms which we documented as selling dozens, if not hundreds, of tigers a year in Laos [now has] a zoo license and is operating exactly as before, allowing some visitors with areas closed off [to] visitors ‘for breeding’.

Sellers offered the filmmaker and his team tiger products on countless occasions during their investigations. One particularly chilling product on offer was pink tiger bone jewellery, which the vendor suggested was achieved by deboning the tiger while it was alive but sedated. 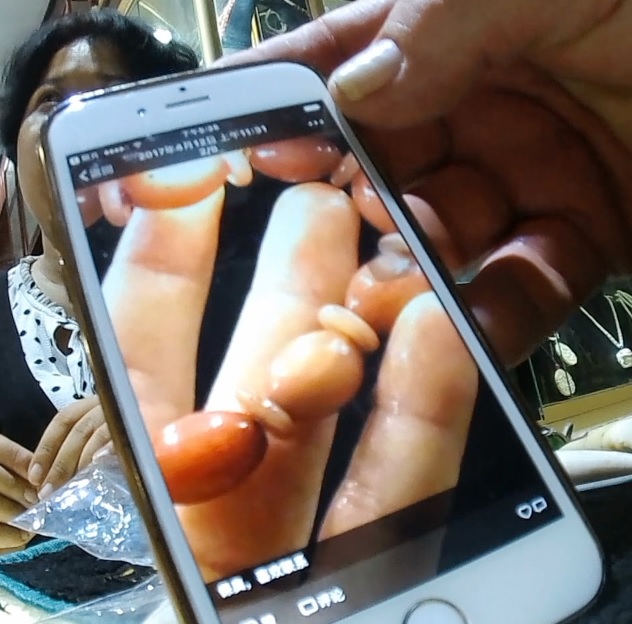 The vendor claimed that the pink colour is due to the fact that blood remains in the bone, as the tiger is still living when its effectively dissected. Ammann has tried to verify this claim with medical experts, but there is, as yet, no conclusive evidence on whether the colour occurs due to blood in the bone. It could be merely be an elaborate – and sadistic – sales gimmick. 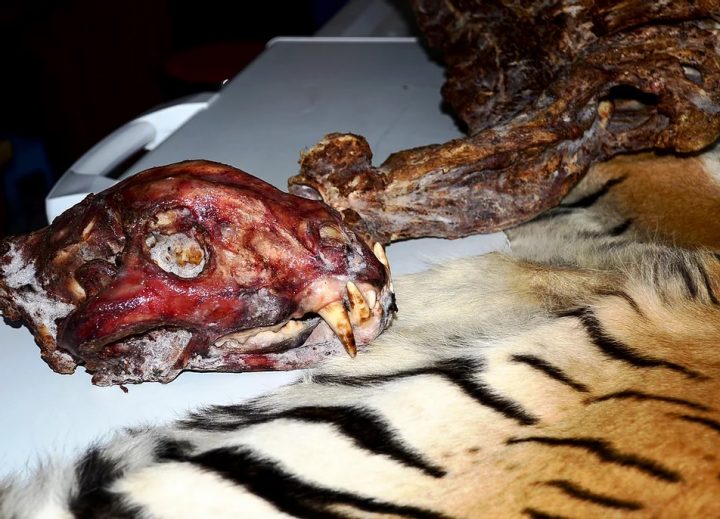 The documentary also details big cat banquets, whereby groups of people, usually men, have a tiger killed and cooked whole for them to feast on. Traders often electrocute the tigers, or strangle them while they’re sedated, before hacking up their bodies. In some cases, the buyers watch the killing process live on film, so they’re sure of what ‘product’ they’re getting.

Karl visited warlord and triad-controlled regions of Myanmar, Laos, and Vietnam to learn how the tigers are traded. He has been able to achieve what Interpol and other anti-trafficking organizations have failed to do, and by infiltrating top trafficking syndicates he was able to gain access to major crime hubs and underworlds.

Meanwhile, as the documentary shows, much of the trade takes place in special economic zones between countries. These zones, such as Mong La on the China/Myanmar border and the Golden Triangle Special Economic Zone, where three countries – Laos, Thailand and Myanmar – meet, have a reputation for being ‘lawless playgrounds’. They provide the perfect opportunity for citizens who face restrictions on wildlife consumption in their own country to hop over a border and indulge in an array of endangered wildlife ‘products’.

The whole of creation is waiting

The International Union for Conservation of Nature (IUCN) has classified tigers as endangered. Because, as of 2018, it estimated that less than 4,000 of them remained in the wild. In short, these iconic cats are nearing extinction, due to human actions, namely habitat destruction and hunting. The commercial trade in tigers is doing nothing to slow their demise. Indeed, it likely worsens their predicament. As Ammann’s documentary shows, wild tigers are not off the menu when it comes to the trade in tiger parts. At least not according to the traders themselves, who tried to hawk wild tiger products to the investigators.

While wild tigers teeter on the brink of oblivion, the numbers of captive tigers are flourishing. But the lives of these plentiful big cats consists of languishing in small, barren cages, suffering from inbreeding and ultimately facing horrible deaths, all for the ‘pleasures’ of humanity. 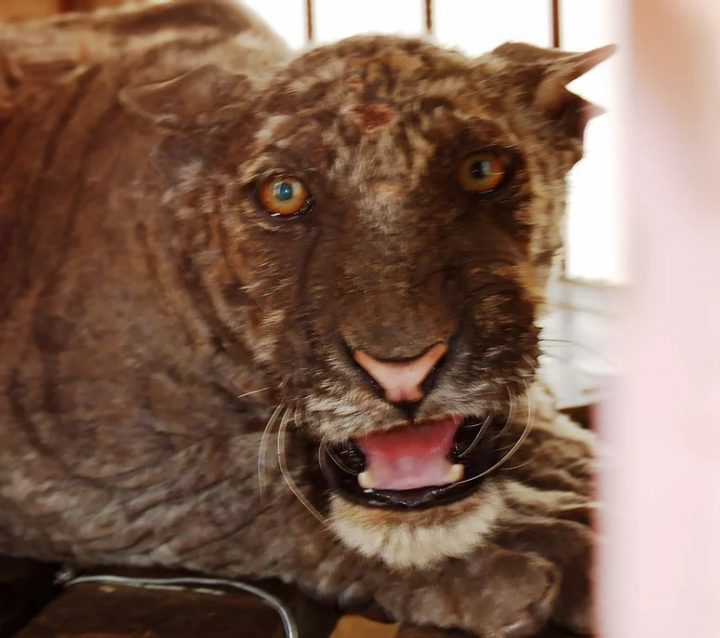 Tiger farming must be one of the most extreme cases of man commodifying wildlife and the natural world. Speed breeding, factory farming and then cutting up of body parts of the most majestic of predators on the planet takes it to the extreme.

My statement at the end of the documentary is a graffiti slogan I saw in Switzerland: “The whole of creation is waiting for us to become human”.

The filmmaker says it’s time for humanity to decide if wildlife and nature has an “intrinsic value and a place in the wild”. Clearly, it’s also time for humanity to ask whether it’s deserving of that name, given its connection to the notion of benevolence. Because, for very good reason, the whole of creation would beg to differ.