Meet the activists on the Kent coast, trying to save lives - The Canary 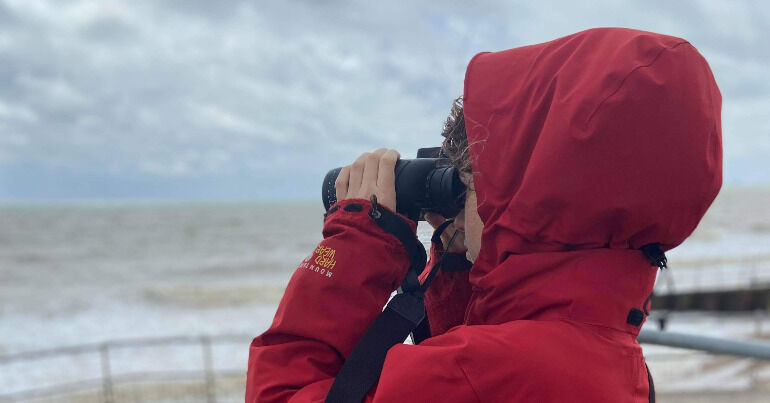 We live in a disgraceful time; a period when generations after us will look back and wonder how we could have been so cruel. They will wonder why so many of us, in our comfortable lives in Europe, left our fellow human beings to drown at sea; how we remained silent.

They will ask us how we could have let our government invade other countries for profit, or how we pretended not to notice that weapons used to arm Saudi Arabia, Israel, or the US were made in our towns. They will question how we didn’t see our complicity: how our government’s meddling in other parts of the world contributed to millions of people having to flee their homes.

We live in a time when instead of rescuing people from the perilous Channel, we want to literally push them back out of our waters, leaving them to die. November 2020 saw one of the deadliest days ever for refugees attempting to cross the Channel. 27 people died, including children. Only two people survived. The government, having shut down any safe legal routes to cross, is squarely to blame for these deaths.

So we should breathe a sigh of relief that the first refugees of 2022 arrived safely on Kent shores on the morning of Tuesday 4 January.

Despite it all, there is hope. There are activists on the ground, working in solidarity with people trying to escape to a safe life. Many have been making regular visits to the refugee camps in Calais over the last twenty years. Others are out at sea, actively rescuing people. Some, like activists in Lesbos, are facing prison for the essential work they have done to save lives.

In the UK, one organisation on the ground is Channel Rescue, based on the shores of Kent. I asked the team what they do. They said:

Essentially, we stand on the shore, spot boats and monitor Border Force. We aim to fact find, document and assist landings, act as legal observers, and provide immediate support to those making the crossing. If we see a dinghy in distress, we will inform the coast guard and RNLI.

We will not sit back and allow the English Channel to become a mass graveyard, like the waters of the Mediterranean.

I asked Channel Rescue whether the team thinks the government is complicit in the deaths of people at land and sea borders. They replied:

The securitisation and militarisation of Europe’s borders is an unsustainable policy and research has suggested that 2,000 lives have been lost due to pushback policies. There is a need to reallocate funding away from militaristic solutions towards the creation of safe routes for claim[ing] asylum.

Indeed, unbeknownst to many people living in the UK, ships ply the waters of Europe, ready to push back those who seek asylum. Meanwhile, €5.6bn has been reserved for the EU’s border agency Frontex from 2021-2027. According to Abolish Frontex:

Frontex has been recruiting an army of border guards who can own and use handguns, and aims to have 10,000 guards by 2027.

The agency can now buy its own equipment – such as ships, helicopters and drones – benefiting the arms, security and surveillance companies that have been so influential in shaping the EU’s border and defence policies through lobbying.

Meanwhile, according to Corporate Watch:

Border Force, the Home Office unit patrolling the UK’s external borders, is planning £385 million of new spending on patrol boats, security guards, dogs, drones and other equipment. Much of this is likely to be used in the Channel, targeting refugees trying to cross the water.

Countries like the UK, France, and Germany remain in the top ten of the world’s largest arms exporters. The militarisation of borders ensures that their arms company mates continue to rake in millions in profits. It’s a cruel irony that the very companies responsible for displacing people from their homes – through the use of their weapons – also hold responsibility for the murder of the same people who have had to flee their bombs. 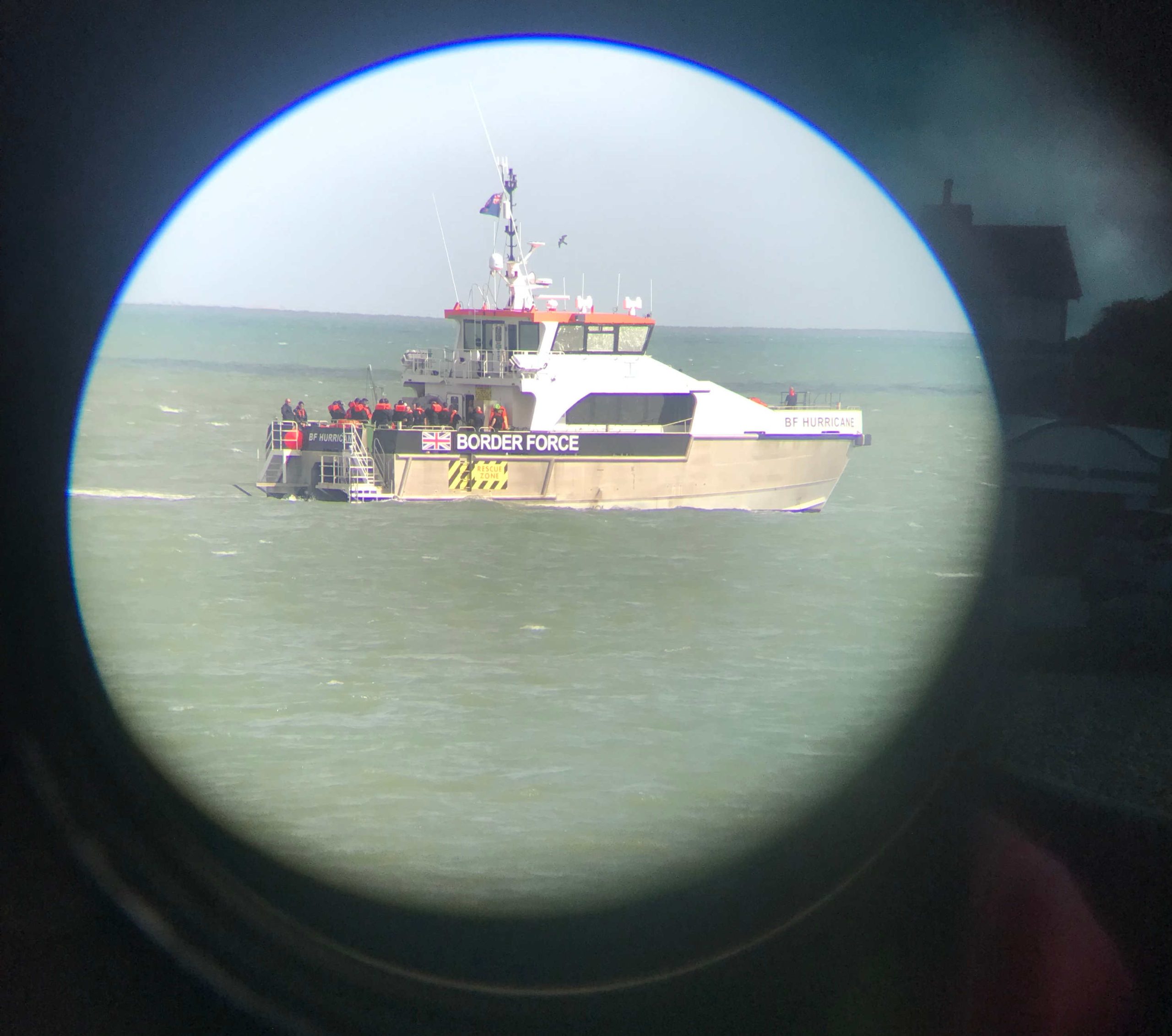 Yet another racist bill is about to be passed

After the 27 people died in the Channel in November, Priti Patel expressed her “profound sorrow“, but, of course, didn’t shoulder any responsibility, instead blaming “criminal gangs” who have “a complete, absolute disregard for human rights”. She also said:

These journeys across the Channel are absolutely unnecessary.

Quite how the home secretary came to this conclusion is unfathomable, when the UK government makes any other access routes to the country impossible.

While Patel was shedding crocodile tears, she was also pushing through the racist Nationality and Borders Bill, which has passed through the House of Commons and is now in its second reading in the House of Lords.

And according to Channel Rescue:

I asked them whether they are worried about being prosecuted by the state for their work, much like activists in Lesbos have. They said:

There is a clause stating that organisations supporting refugees will not be prosecuted. We are doubtful whether the government will seek to criminalise us, as there is currently no provision for them to do so.

As the UK government and its Schengen counterparts continue to make safe passage impossible for refugees, it’s imperative that we all step up. One way we can do this is to oppose the Nationality and Borders Bill and not let it pass without a fight. We can also support Channel Rescue in its work. The team told me:

People can support Channel Rescue by sending us donations, buying items from our wishlist, and by volunteering with us. We would gratefully appreciate more people living in Kent becoming involved. Many of our volunteers do live locally, however, we also have some limited volunteer accommodation.

Channel Rescue is also bringing a case against Priti Patel to try to ensure that her new policy on pushbacks isn’t successful. The case comes after the activists witnessed Border Force training members of staff to use pushback tactics in the Channel. The public can also donate to fund the case.

It’s time that we stopped remaining silent. We all need to stand up and oppose these deadly policies and take action against the companies that perpetuate and profit from this misery.