SOS NHS: campaigners come together to fight the Tories - Canary 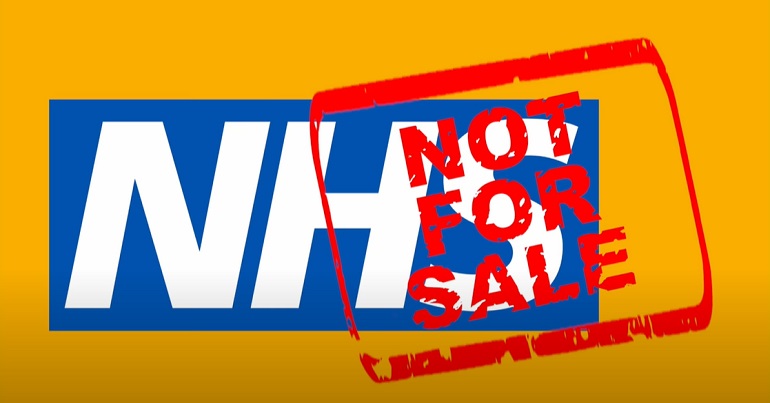 NHS campaign groups are joining forces in their fight against the Tories. They’ve launched a new coalition: SOS NHS. And it’s calling for emergency funding for the NHS. But the campaign will go further, because it’s also raising the alarm over the Tories’ broader agenda for our health service.

SOS NHS is a new coalition of campaign groups. Its website states that:

In 2010, after a decade of investment, our NHS was delivering its best-ever performance: after more than a decade of austerity – despite heroic efforts by staff – it has sunk to its worst-ever. The problems were there before the pandemic but have been deepened by the continued high level of Covid infections.

Indeed. As The Canary documented at the end of 2021, last year saw record waiting times; staff under intolerable stress; potentially catastrophic government ‘reforms’; and an insulting pay offer for workers.

SOS NHS is made up of various campaign groups, trade unions, and workers. Some of the groups involved include:

SOS NHS has some basic demands. These are:

These may sound broad, but SOS NHS is also quite specific with some of its demands. For example, it says the £20bn includes:

To tackle the most urgent of these issues will cost around £5bn: but an additional £3bn is needed to reorganise, rebuild and in some cases refurbish hospital buildings to enable them to reopen almost 5,000 beds that were closed in 2020

“Tired of being silenced”

SOS NHS’s first action is an online rally, which will take place at 7pm on Wednesday 19 January. You can register via Zoom here.

NHS Workers Say No told The Canary it is:

excited to be part of this important campaign, working with our allies from across the trade union and health campaign groups movement.

It’s important that frontline workers voices remain at the heart of campaigns like this. We need to share our experiences of the reality on the ground. We’re tired of being silenced, and being told by this government that current situations are sustainable. In reality, things have never been worse for us. This is due to over a decade of neglect to our health service. So together, we are demanding that this national emergency is addressed. We need the support of the public and NHS staff. It’s time to say ‘enough is enough’.

2022 will be a crucial year for the NHS, so seeing groups working together to try and save our health service is heartening. Now, the public needs to get behind SOS NHS and its campaign. We all need to act to rescue the NHS from Tory destruction.