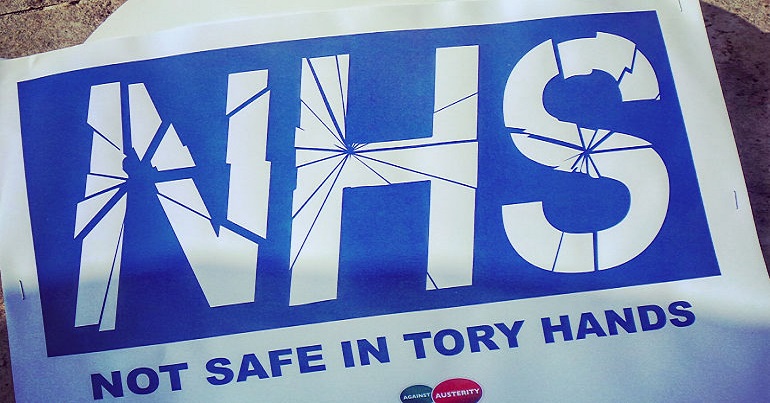 January started the year as it ended up going on: with health workers protesting against the Tory government right outside Downing Street. They called on Boris Johnson to resign – a running theme for much of 2021. As lockdown continued, ambulance workers were at breaking point; it was reported that a quarter of doctors had sought mental health support during the pandemic, and NHS staff pay became a big issue

February saw a raft of stories from The Canary on mental health: from the government’s appointment of a “celebrity” ambassador to the crisis in services. The soon-to-be-gone Matt Hancock repeatedly hit the headlines – firstly on upcoming reforms (more on that later) and also over dodgy pandemic contracts and PPE. Of course, Hancock would hit the headlines later in the year for something else entirely.

NHS pay back in the spotlight in early March, with the Tories not budging on their appalling 1% offered. Protests ensued, with the state fining one of the organisers £10,000 for allegedly breaking coronavirus rules. The public got behind workers’ disgust with a slow, public clap. But, in true Keir Starmer fashion, Labour’s stance on NHS pay was dire. It supported “at least” a 2.1% rise for NHS staff and incurred the wrath of worker-led groups like NHS Workers Say No.

April saw vaccine passports being discussed, with the Equality and Human Rights Commission (EHRC) raising concerns. We know know those concerns fell on deaf government ears. One of the biggest stories from The Canary that month was our investigation into “VIP lanes” for government PPE contracts. Leaked emails proved they existed. And moreover, they showed the relationships between suppliers and people at the heart of government. You can read our investigation here.

A summer of protest

In May, NHS waiting lists hit record highs, and this wouldn’t be the last time we read that headline. The nurse who looked after Boris Johnson as he lay in hospital with coronavirus quit – delivering a stinging parting shot at him and his government in the process. Also, the Tories tried to start selling off our GP records to the highest bidder. Since then the programme has been paused.

June was Hancock’s month, because he was forced to quit when it emerged he broke coronavirus rules while having an affair with an aide. Enter Sajid Javid to take his place.

Of course, it was the NHS’s birthday in July, with people celebrating as they rightly should have: staging protests. This theme continued for the rest of the summer – with The Canary on the frontline of some of the demos. This included us supporting NHS Workers Say No (and a certain Jeremy Corbyn) when they handed in a huge petition over NHS pay to Downing Street. At this point, the government had still only offered NHS staff a 3% increase. And the row over this would continue for the rest of 2021. 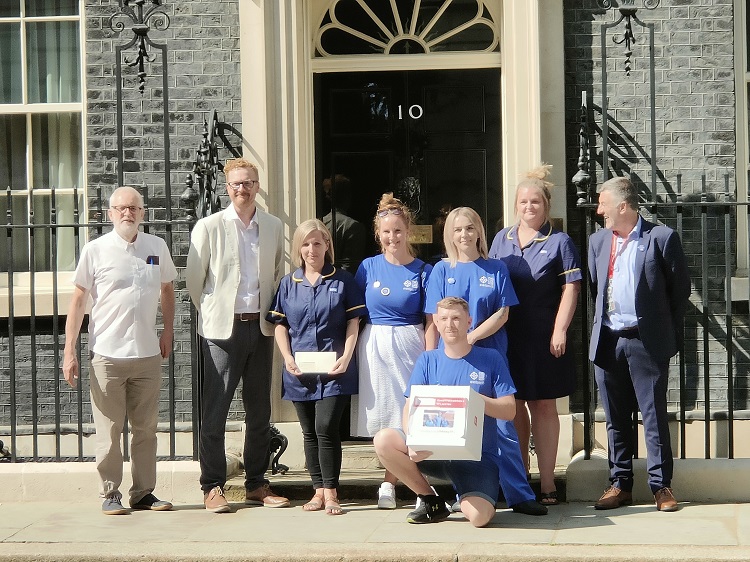 September and October saw the Tories’ Health and Care Bill take centre stage. This legislation would see them be able to accelerate the privatisation of the NHS. As Canary guest author Dr Phil Bevin wrote for us, the bill:

threatens to introduce Integrated Care Systems (ICS) to the NHS. Integrated Care Systems will ensure that NHS England will share the responsibility of health service provision with councils and, most worryingly, private companies. The legislation will also further dilute our legal right to healthcare. It will do this by removing the NHS’s “statutory duty” to arrange hospital medical services.

The furious debate over the bill continued. There was also talk of the government’s lacklustre pandemic response causing the NHS to collapse in winter. NHS Workers Say No were once more at the forefront of the debate – calling out Javid for saying the pressure on the NHS at that time was ‘sustainable’. In November the die was cast for the NHS, as the Health and Care Bill passed through parliament.

With December came the rapid rise of the Omicron variant, with the NHS and society more broadly standing on the edge of a cliff. Labour disgracefully helped Johnson push his vaccine passports and mandates through parliament. The government ran into issues with coronavirus test distribution; schools faced chaos, and the Tories’ vaccine passports system hit tech issues as soon as it was launched. So it was left to NHS Workers Say No to sum up people’s feelings in an open letter to the PM and the Tories. They said:

2021 will surely go down as one of the most difficult in the NHS’s history. Dealing with a global pandemic and everything that entails is hard enough. With the Tories in charge, the situation for healthcare workers and the public was made even harder. But still, throughout all this, NHS staff performed miracles on a daily basis – and held the line in the face of Tory attacks. They’ll continue to fight back in 2022.

And should you so chose, you could catch up on the many of the other review articles here.