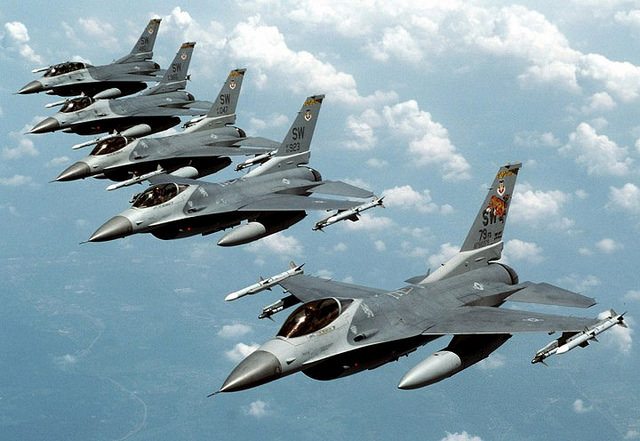 Airstrikes that took place on 17 and 18 July near Manbij on the village of al-Turkah were conducted against Daesh (Islamic State) targets. The US Central Command reported that 29 strikes took place near Manbij and struck 23 separate tactical units, while destroying 35 fighting positions.

But Amnesty International (AI) and the Syrian Observatory for Human Rights have received additional reports that many slain in the airstrikes against al-Tukhar, a village near Manbij, were civilians. Reports from local activists, bereaved neighbours, images and video footage confirmed to the NGOs that between 56 and 60 civilians at a minimum had been killed.

International humanitarian law demands that all necessary means must be taken to ensure civilian protection, which includes avoiding densely populated areas. Knowingly targeting an area that is likely to result in civilian casualties is a breach of international law and Amnesty is now demanding an investigation. Magdalena Mughrabi, interim Deputy Director of the Middle East and North Africa Programme at Amnesty International, said:

The bombing of al-Tukhar may have resulted in the largest loss of civilian life by coalition operations in Syria. There must be a prompt, independent and transparent investigation to determine what happened, who was responsible, and how to avoid further needless loss of civilian life. Anyone responsible for violations of international humanitarian law must be brought to justice and victims and their families should receive full reparation,

Neil Sammonds, lead Syria researcher at Amnesty, said that the US is using information they know may be unreliable. The Syrian Democratic Forces (SDF), a coalition of Arabic and Kurdish forces that are backing the coalition’s efforts, had told US forces that there were no civilians in the areas they struck.

However, there were clearly civilians present in al-Tukhar.

Sammonds says this is not the first time the SDF have been wrong, pointing to a similar incident that occurred last year in May in Bir Mahli, when at least 64 civilians were killed as a result of a coalition strike. The US claimed afterwards that Kurdish forces advised them there were no civilians left in the area and hadn’t been for two weeks prior to the strikes.

Sammonds also says the US has a pattern of denying the casualty counts that other monitoring groups have picked up. He points out that if the US is not picking up the same evidence, then they need to think about overhauling their methods.

The London based Airwars group believes that the US have ‘loosened’ the rule of engagement in Syria, putting civilians lives at greater risk.

The news of the high number of civilian casualties has caused a backlash, angering SDF forces who believe that Daesh are using civilians as human shields. The SDF have now reportedly made advancements in Manbij, giving Daesh 48 hours to leave.

Why Manbij matters from here on

Over 100 civilians have been killed since June this year in Daesh-controlled Manbij from suspected coalition airstrikes in an offensive that commenced on 31 May.

Manbij, situated in the province of Aleppo, is thought to be a key point along Daesh’s supply route between Turkey and Raqqa (often claimed as Daesh’s capital). If Manbij is taken from Daesh, this will place Raqqa in a more vulnerable position, and allow the coalition and SDF to push forward on to the heart of the so-called caliphate.

Since airstrikes began in both Iraq and Syria, 13,996 strikes have been conducted, resulting in at least 1,412 civilian casualties.

Civilian activists, Raqqa is Being Slaughtered Silently (RBSS), recently wrote a post questioning what would happen after the defeat of Daesh in Manbij and who would take control in the power vacuum. They warn that after Daesh have gone, new forces backed by the US may continue abuses, keeping a cycle of tyranny in motion.

The increasing number of civilian casualties only reinforces this concern. By driving local resentment against Western forces, coalition airstrikes that slaughter Syrian civilians are at risk of driving locals into the arms of Daesh and other jihadist groups.

If coalition forces really want to takedown Daesh, they must redouble efforts to ensure that civilians are unharmed and that all military action is conducted within the constrains of international law.

Visit Amnesty International‘s website for more information on their work in Syria.

Follow The Canary‘s International section for updates on the war in Syria.