The travesty of how Olympic women's bodies are being 'covered' - Canary 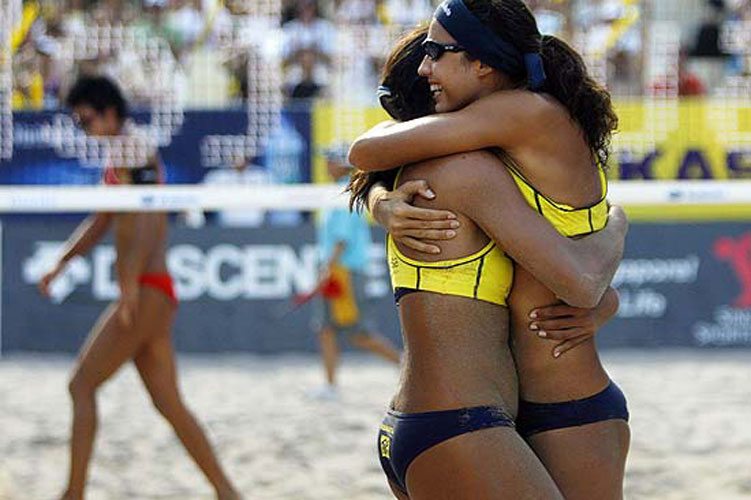 Corners of the British press are infamous for their exploitation of women’s bodies to sell papers, and more recently for a trend of Islamophobic slants in their coverage. But in their coverage of women’s beach volleyball at the 2016 Rio Olympics, they’ve found perfect ground to do both.

The volleyball match between Egypt and Germany was well documented, and news reports were largely identical. Focus was on the differences in dress of the women’s teams, and how ‘starkly divided’ this proved Western and Islamic cultures to be.

According to The Daily Mail, the “massive cultural divide” between the West and Islam was highlighted in the match. The Sun saw that same “cultural divide”, but called it “colossal“. And The Daily Express made the focus of their story, diverted from the sport itself, even more blatant by leading with the headline, “a tale of two kits“.

All the papers picked up on the fact that Egypt’s Doaa Elghobashy chose to wear a hijab and her teammate Nada Meawad did not, and that uniform regulations had been relaxed ahead of London 2012 in order to be more “culturally sensitive“. The 2012 change added shorts, leggings and both short and long sleeved tops to the choices of uniform.

The 2004 regulations had previously stated that playing in “warm up sportswear” was permitted in cold weather.

Less commentary was given to the fact that the choices and pressures for secular, Western, or any other female Olympic athletes surrounding their appearance are equally as present as those for Muslim women. Not only due to the regulations for how small their bikinis needed to be, but also in the way that those same papers choose to report their matches.

The Daily Mail felt it necessary to note that “some fans” were “left disappointed” after a match during cold weather had led some Western teams to wear longer sleeves and leggings. The game between the US and Swiss teams “didn’t look quite right”, apparently, as “there was less skin on show”. Luckily for those viewers, though, the US team “kept their bikini bottoms on show”.

In 2012, The Huffington Post reported that British volleyball player Denise Johns believed women’s attire to be a tactic by the Fédération Internationale de Volleyball (FIVB):

I used to play in shorts and a T-shirt and was reluctant to change. But if it gets volleyball attention, so be it.

And in the same article, US volleyball player Kerri Walsh was quoted defending the kit as “functional“:

All female Olympic volleyball players now have a greater choice of kit style, within particular regulations, and notably within hefty branding and sponsorship regulations too. As a result, their choices in attire should cease to be a problem, if they ever were one.

The truly “colossal” cultural divide, meanwhile, is between the coverage given to male and female sportspeople in 2016, and the use of women’s cultural backgrounds as a distraction from their sporting achievements.

– See other Canary articles about the Olympics.

– Campaign for better media coverage with the Media Reform Coalition.