Owen Smith just asked Jeremy Corbyn for a favour, and it's hilarious - The Canary 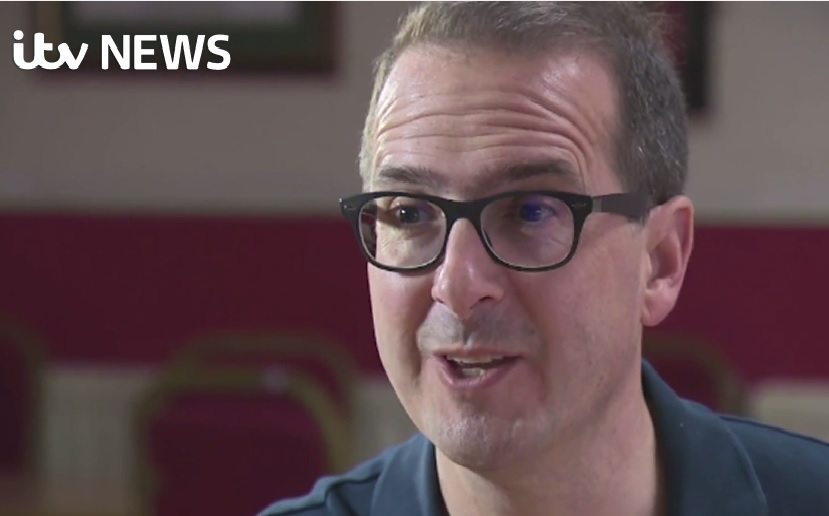 Owen Smith, the Labour leadership challenger, recently revealed something extraordinary to ITV News. Apparently, the leadership hopeful is eager to attend “those Momentum rallies with Jeremy” and has asked the current leader if he can join him at these pro-Corbyn events and speak to the “great masses he’s [Corbyn] drawing” to them.

Owen Smith says he has asked Jeremy Corbyn if he can speak at his rallies#KeepCorbyn pic.twitter.com/cAhgWeFU8l

Smith was responding to a question about a recent high court ruling over whether new Labour Party members should be allowed to vote in the leadership election. The court ruled in the members’ favour, although Labour’s National Executive Committee (NEC) is appealing against the decision.

Commenting on whether these new members would be likely to increase Corbyn’s chances of winning (or his own), Smith said:

You don’t know and I don’t know exactly what the makeup of the new group of people joining the Labour Party is.

Well, I don’t mind who’s voting in this contest, I just want to make sure I’m getting my views across. I’m looking forward to talking to all those new members.

I’d really like to go to some of those Momentum rallies with Jeremy. I’ve asked him to let me attend and speak to the great masses he’s drawing from the Momentum movement. I think that would be really good.

Seemingly, Smith wants to make a personal plea to Corbyn supporters, who have been slanderously branded as menacing Trotskyists, bigots, thugs, bullies, and jihadists by the very factions backing him as a leadership challenger. Most of these allegations have been proven to be false, so perhaps Smith now recognises that these individuals are not so bad after all.

That he is attempting to ‘reach out’ to Corbyn supporters via the current leader’s platform should come as no surprise. Since the leadership race began, Smith has laid out proposals that largely just echo Corbyn’s, and he has adopted language and slogans that appear to originate directly from Corbyn’s front bench.

But it absolutely takes the political p*ss to expect Corbyn to use his own campaigning platform to air the views of his challenger. That’s akin to an endorsement before the race is even run.

No, if Smith wants to engage with Corbyn supporters, he’s going to have to do that from his own pedestal, and allow voters to gravitate to whichever position they choose.

Surely, that’s the point of the contest?