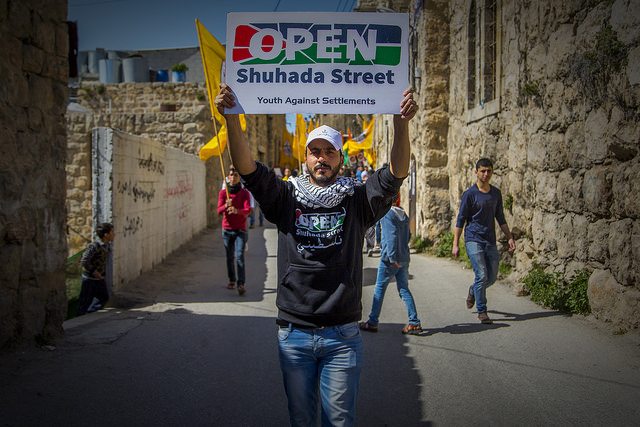 A new UN report says the Palestinian economy could double in size without the Israeli occupation.

Palestine’s economy is highly dependent on Israel. Israel has built walls and set up checkpoints throughout the occupied Palestinian territories, which makes it incredibly difficult for Palestinians to travel for jobs, to visit banks, or to trade.

Israel has blockaded Gaza and restricted the entry of vital goods on the ground that ‘could’ be used for terrorist activities – such as agricultural fertiliser and furniture. Israel has also confiscated land at exponential rates, imposed high levies, eliminated competitive trade opportunities, and made it harder for Palestinians to access water and build their productive capacity. All of this has prevented Palestine from reducing its deficit and achieving growth.

Now, a report released by the UN Conference on Trade and Development (UNCTAD) confirms that all of the measures associated with Israel’s occupation have severely limited Palestine’s economic development to half of its potential.

Palestine has endured a process of de-agriculturalisation and de-industrialisation, which is reportedly deforming the structure of the Palestinian economy.

The land on the West Bank is split into zones A, B and C. Area C is fully controlled by Israel, which has separated off up to 66% of its farmland. In Gaza, 85% of the cultivable land and fishery resources is inaccessible.

5,600 productive trees were vandalised by Israeli settlers in one month alone in 2015 (around 2.5 million trees have been uprooted since 1967). Many of those are olive trees, which many families depend on for their livelihood, which are destroyed in order to make way for illegal settlements.

Settlement building is increasing at an exponential rate – more Palestinian houses were demolished in the first three months of 2016 than in all of 2015. There are now 142 settlements in the West Bank, and settlers make up one fifth of the population.

The cost of Israeli control to the Palestinian economy in Area C was $4.4bn – 35% of the Gross Domestic Product (GDP). And between 1975 and 2014, the contribution of agriculture and industry to GDP fell from 37% to 18%, and their contribution to employment fell from 47% to 23%.

After 2014’s Operation Protective Edge, Palestine was hit by a recession. Since then, the economy has grown by 3.5%. But this growth is not enough to lift the ‘stagnant per capita income’, which is still below what it was in 2013.

UNCTAD also finds that the growth is not sustainable. Reconstruction of Gaza has led to a boost in the construction sector – but through rebuilding destroyed buildings rather than ‘building new ground’.

The cost of military operations to the Gaza strip has been three times its annual GDP. The slow reconstruction has meant growth has been even slower and Gaza’s electricity crisis has deepened, affecting public and private life in every way.

UN Secretary General Ban Ki Moon criticised the blockade on Gaza in June 2016. While visiting the enclave, he said:

… the closure of Gaza suffocates its people, stifles its economy and impedes reconstruction efforts. It’s a collective punishment for which there must be accountability.

It also appears that Israel is taxing Palestine because it can. Palestinian imports are subject to Value Added Tax, making up 6% of total imports handled by Israel’s customs and VAT department. The fees they gather make up one third of the department’s budget. Without having to cover this $50m overpayment to Israel’s customs/tax department, Palestine would be able to reduce its fiscal deficit by 3.5%.

Occupation has also meant that Palestine suffers from permanent and high levels of unemployment, poverty and food insecurity. In 2015, unemployment was at 25% in the West Bank, and 38% in Gaza, where a further 66% of people were food insecure and 73% were in need of humanitarian assistance.

Of those employed, 16% were employed by Israel or Israeli settlements, which UNCTAD deemed problematic. This is because a significant number of Palestinians working in Israel do so without work permits. And this lack of legal protection and the precarious political situation makes Palestinians vulnerable if Israel should decide to bar all Palestinians.

Israel’s response and the way forward

Israeli officials have already responded to the findings of the report. Israeli ambassador to the UN, Danny Danon, said:

the UN report is filled with half-truths and vicious lies against the State of Israel. I call on the UN secretary-general to reject the conclusions of the report, as they are an ugly distortion of the truth.

But this is not the first report to highlight the disproportionate cost of occupation. In 2011, the Palestinian Ministry of National Economy and the Applied Research Institute placed the lost revenue of Palestine at $6.9bn a year. In January 2016, the World Bank placed the cost of Area C zoning alone at $3.4bn a year to the Palestinian economy.

UNCTAD places emphasis on the continued monitoring of this economic impact to place it on a path towards a viable state. It should also not be forgotten that Israel, as an occupying state, has obligations under international law – to provide for the interests of the people living in the state they are occupying. This calls into question the legality, and not just the morality, of Israel’s practices in Palestine.

– Write to your MP and raise your concerns about the Israeli occupation.