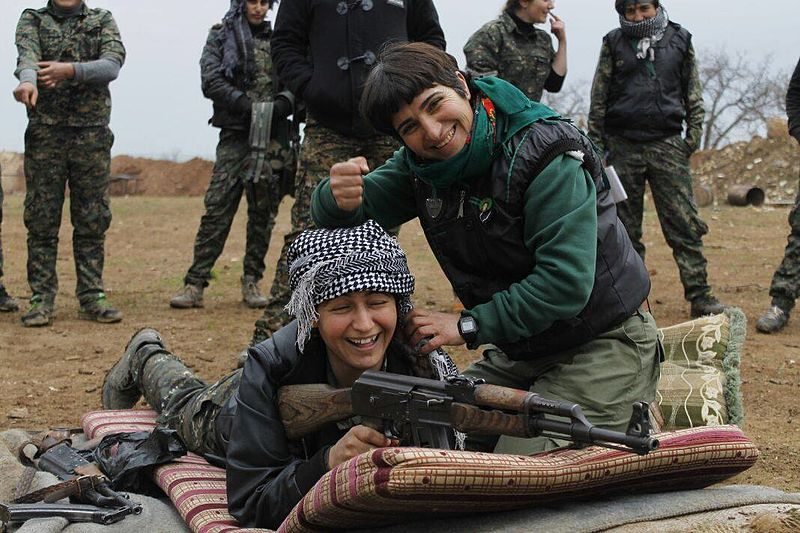 It may have been just lazy journalism, but a BBC Radio 4 news update stated how Turkey was now determined to beat both Daesh (Isis/Isil) and YPG “terrorists”. No qualification or caveat was added to that statement, in spite of the fact that the Kurdish-led YPG has been at the forefront of the fight against Daesh. It was just left like that.

Here’s why that is incredibly dangerous.

This application of the word ‘terrorist’ to the secular and multi-ethnic YPG forces in Rojava (northern Syria) came just a day after a news report on how Joe Robinson (a former British soldier who had served in Afghanistan and who had fought more recently with the YPG) was facing an investigation for terrorism.

But the truth is that the Kurdish-led YPG, YPJ, and SDF (Syrian Democratic Forces) have received temporary US logistic and other support for the last two years, including military support from US Special Forces. So will US Special Forces members now also be prosecuted for aiding terrorism? Of course not.

In a recent news report by al-Jazeera, US Special Forces were actually seen wearing the emblem of the YPJ (the female self-defence militia of Rojava). And in the same report, it was stated that the US had around 300 soldiers supporting the SDF (which is led by the YPG and YPJ).

What we are seeing is simply a fiction penned by Turkey, being retailed by the mass media. Including, it seems, by the BBC.

From now on, in accordance with Turkey’s increasingly Orwellian narrative, expect this…

So don’t expect a Hollywood-style ‘good over evil’ scenario to end this conflict. Instead, the good guys – the forces that have resisted the advances of Daesh for the past two years and more – will simply be relegated to a footnote in the conflict, leaving the spoils – territory and oil – to the bigger regional and global powers.

But whether such a scenario will end or delay the social revolution taking place in the budding democratic region of Rojava remains to be seen.