UK residents can now stop Trump becoming the next President, and it's so simple [OPINION] - Canary 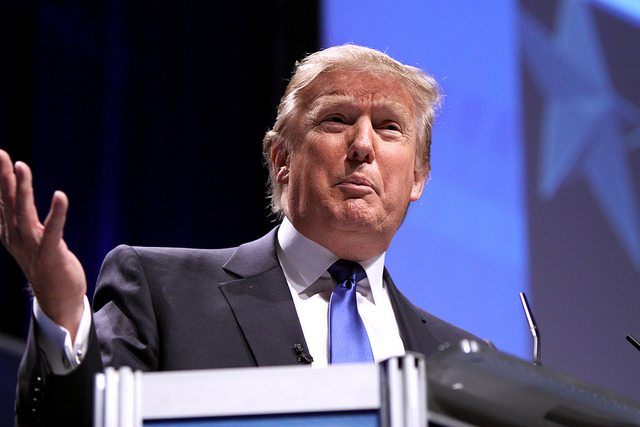 As polls show that the race between Donald Trump and Hillary Clinton is a close call (and in some cases a Trump lead), campaigners have created a way for expatriate Americans to vote easily from overseas. The development could strongly influence the election to stop Trump.

Trump’s popularity has crept up like a stealthy dark horse, as most people initially dismissed the Republican candidate. Democrats pre-occupied themselves with the worry that Jeb Bush may gain power, fearing the continued legacy of Dubya and George Senior before him. Ben Carson, Ted Cruz, John Kasich, Jim Gilmore, Marco Rubio became viable contesters, while Trump remained mere entertainment value.

But entertainment value could well have propelled his rise. The media loved him and the media has served him well. With Jeb falling at the first hurdle, Trump rode on merrily as Carson, Cruz, Kasich, Gilmore, and Rubio all fell by the wayside.

Trump, who is now galloping on as the Republican presidential candidate, is closing in on becoming the frontrunner of the US presidential race, as many fear that the Clinton will, well, lose.

A Bush never looked so good in comparison.

But if you’re sitting here in Blighty thinking there’s nothing you can do about the drama unfolding across the Atlantic, there’s still a way to stop Trump.

The staff at Avaaz, a campaigning network known for its online petitions, have created a tool that has made it easy for expatriate Americans to vote in the forthcoming election.

Eight million US citizens live overseas, and 200,000 of them are in the UK. But only 12% of them vote because its such a ‘burdensome’ and ‘confusing’ procedure.

Research has shown that overseas voters could turn this election around and produce a landslide result. Having lived abroad, they are more likely to look at things a little more broadly, and their vote will be based on different factors from those that live at home.

Trump is all about dividing us, pitting Americans against each other, and against the rest of the world. What better way to defeat him than coming together in unity like never before, with globally aware Americans at the forefront of an unprecedented global get-out-the-vote effort?

And it has been seen before. The 2000 US presidential election would have apparently been won by Al Gore if it hadn’t been for the votes that came in from overseas voters, which pushed George W. Bush into the White House.

Avaaz has set up the tool to make the registration process ultra-easy, taking only a few minutes. They’re encouraging everyone to act ASAP and to send it to their American expat friends.

If all you have to do is press the ‘share’ button, perhaps anything is worth a try.

– Register to vote through Avaaz’s tool and help to ‘Stop Trump!’

– Read more Canary articles on the US Election 2016.