We've gone through the Clinton emails released by WikiLeaks, but this one has us all scratching our heads [VIDEO] - The Canary 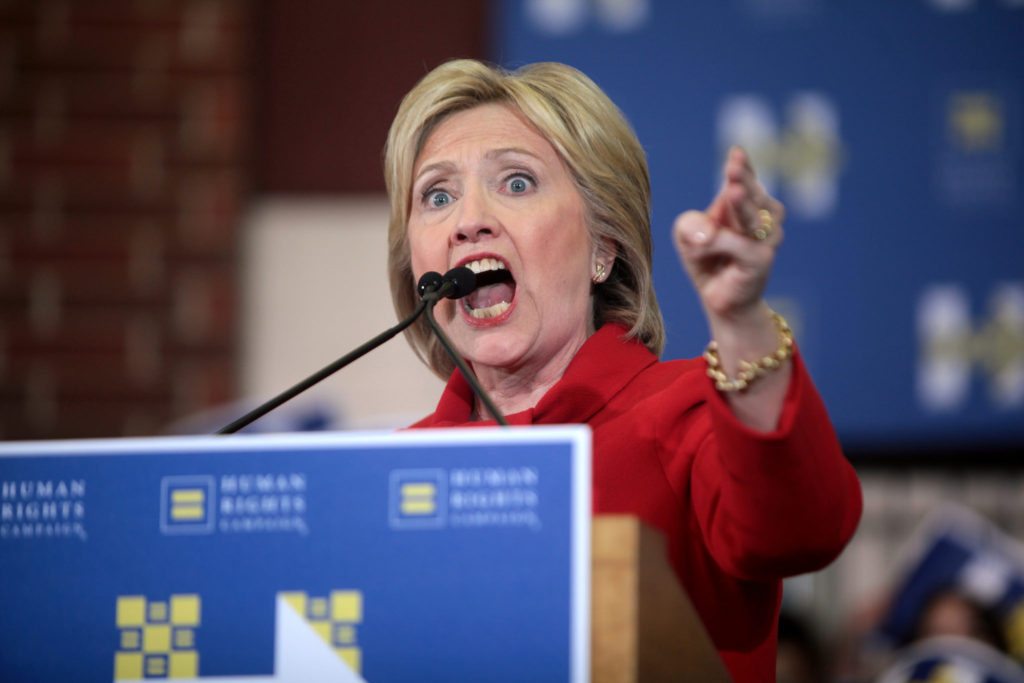 WikiLeaks has mass-released Hillary Clinton’s ‘lost’ emails. And while most focus on her activities in government, there’s one which has left us all scratching our heads.

The email was sent in August 2015, six months before Mitchell died after a short illness. It discusses the threat of a war in space between the world’s superpowers. With advanced satellite missile technology and growing tensions between the US, Russia and China, Mitchell believed a ‘Star Wars’-like battle is far from fantasy.

But his main point was that “our nonviolent ETI from the contiguous universe… will not tolerate any forms of military violence on Earth or in space”.

Mitchell also claims these extraterrestrials (ETs) “are helping us bring zero point energy to Earth”. Zero-point energy devices would allow access to the underlying energy of the universe, meaning the end of fossil fuels and the oil industry. Many believe that governments have suppressed such technologies because of this.

The former astronaut is well known for speaking about UFOs and zero-point energy. He’s also considered a respected source to those pushing for disclosure on the subject. In this video, Mitchell discusses his knowledge of ETI:

With WikiLeaks exposing Clinton’s apparent involvement with ETI, the mainstream media has immediately responded with a raft of  ‘alien’-centred headlines. The Mirror writes:

The reason humans haven’t been able to contact aliens yet is that they’re already extinct – at least according to Professor Brian Cox.

And The Daily Star writes:

Alien spaceship spotted taking off from ‘secret underground base’

Most of these tabloid stories sensationalise UFO sightings and events, rather than reporting on the actual evidence available, and seeking to authenticate or invalidate the findings.

So what do we know?

Government officials, scientists, and astronauts have all spoken out about their knowledge of ETI for years. Forever shunned as conspiracy theorists, their testimonies rarely reach the public.

Take the former Minister of Defense of Canada. During a ‘Citizen Hearing on Disclosure’ in 2013, Paul Hellyer talked about the existence of ETI.

I said UFOs are as real as the airplanes flying overhead. That gave me the dubious distinction of being the first person of cabinet rank in the G8 group of countries to say so unequivocally.

In the 1960s sometime, there was a flotilla of UFOs headed south that crossed into NATO territory in Europe. And the commander-in-chief of the supreme allied head quarters of Europe was naturally very shaken… The investigation was launched into this whole subject… which concluded at least four species had been visiting Earth for thousands of years.

Likewise, in a recent press conference about the opening of a new airport in Dhi Qar, the Iraqi Transport Minister surprised reporters by saying it had once been home to a space port. During the conference on 5 October, Kazem Finjan stated:

When the Sumerians settled here, they knew full well that the atmosphere here was suitable for flying to outer space. It was from here that Sumerian spaceships took off towards the other planets.

Finjan suggests that the Sumerians, believed to be the first civilisation in what is now known as southern Iraq, were once in contact with ETs. His revelation came just before the WikiLeaks email leak.

In May 2001, as part of the Disclosure Project, Dr Steven Greer organised a press briefing at the National Press Club in Washington. In his opening statement, he says:

We are here today to disclose the truth about a subject that has been ridiculed and questioned [and] denied for at least 50 years. The men and women on the stage and the sum additional 350 military, intelligence, witnesses to the so-called UFO matter and extraterrestrial intelligence can prove and will prove that we are not alone.

Over 20 military, intelligence, government, corporate and scientific witnesses came forward at the event to testify about their knowledge of UFOs and advanced energy and propulsion technologies.

The press conference received coverage on CNN. But with the events of 9/11 occurring soon after, the conference was overshadowed and was quickly forgotten in the eye of the mainstream.

Since then, the full Disclosure Project has continued to grow, with more officials coming forward and testifying. Greer and his team have compiled a list of apparent official documents from various intelligence organisations such as the CIA, NSA and FBI, relating to UFO and ET sightings around the world.

The WikiLeaks exposure has certainly got some people talking about extraterrestrial activities. And whether you believe in them or not, it’ll now be even harder to ignore those pushing for ‘disclosure’ on the subject.

– Find out more about the Sirius Disclosure project.