A school tries to ‘racially profile’ a child. Bet it didn’t expect this response from her father [IMAGE] - Canary 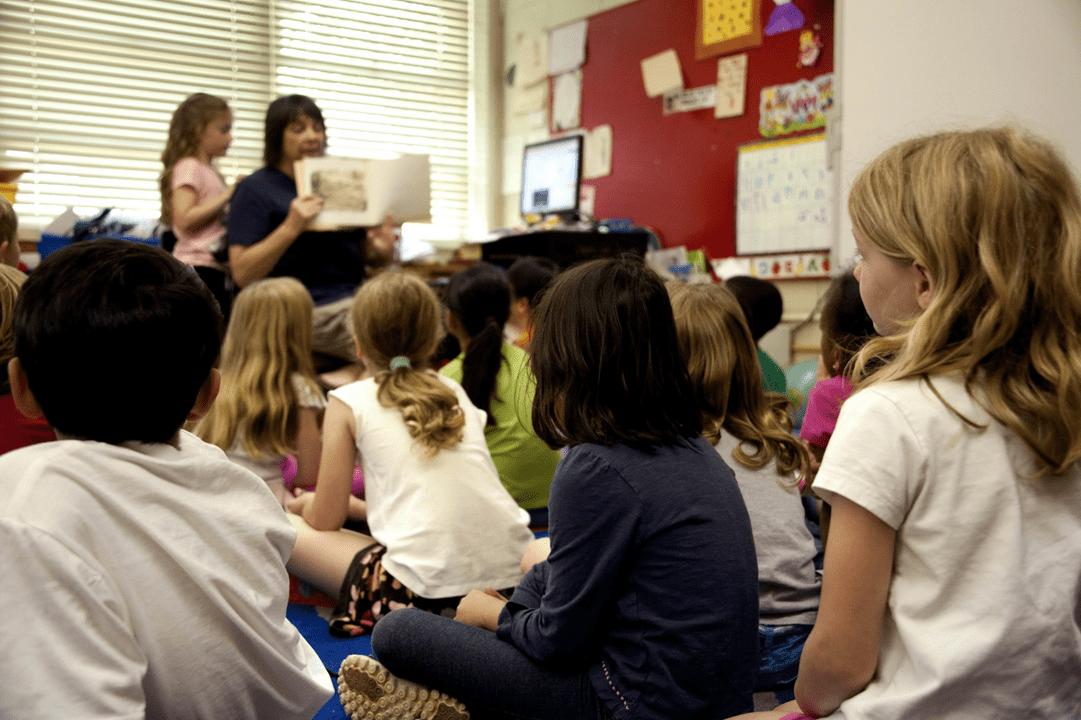 As a result of new government requirements, schools are collecting data on the birthplace and nationality of students through letters and texts to parents. But for father Famillie Gerstner, with a child at the Hilton Primary school in Derby, that amounts to “racial profiling”. And he isn’t having it: 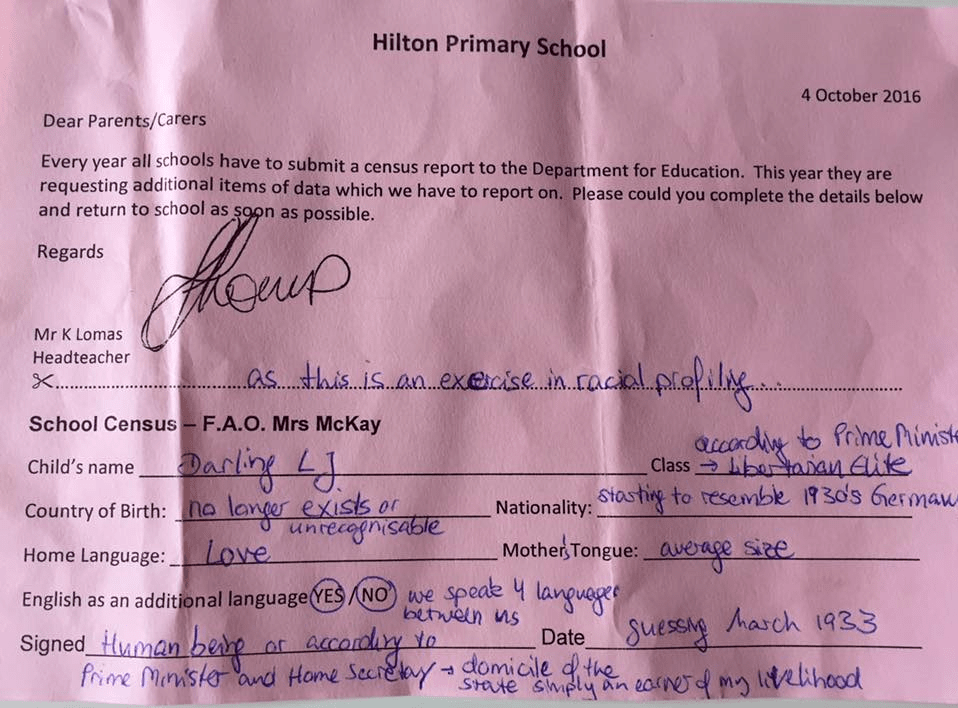 Asked for his family’s home language, he listed “love”, a universal language that, significantly, transcends borders.

And Gerstner kept it lighthearted with his final pun. When the letter asked “mother tongue?”, he replied: “average size”.

He signed his name as “human being”.

At the heart of the issue are the changes the government has made to the school census for 2016. The new data items (1.4 on page 10 of the guidelines [pdf]) include proficiency in English, country of birth, and nationality. Ethnicity data, which used to be limited to over fives, must now be gathered for all ages, including nursery school children.

A Department for Education spokeswoman claimed:

Collecting this data will help ensure our children receive the best possible education.

It will be used to help us better understand how children with, for example, English as an additional language perform in terms of their broader education, and to assess and monitor the scale and impact immigration may be having on the schools sector.

But Tim Colbourne, a parent who received a census letter of his own, has an insider perspective on these changes, given his former role as ex-Deputy Prime Minister Nick Clegg’s deputy chief of staff:

Even if a ‘hostile environment’ wasn’t the aim, it’s foreseeable that it could well be the outcome.

Gerstner is not the only parent hitting back at the government requirements. Many self-reported their acts of protest on social media, under the hashtag #BoycottSchoolCensus.

My daughter's nationality will be entered as 'refused'. School was fine with this @Schools_ABC #BoycottSchoolCensus https://t.co/nDfYiNV1U4

And as Schools Week editor Laura McInerney points out, parents actually have the right to refuse the information being demanded of them.

Today is census day. If you've already submitted data, you can change your mind & refuse. All parents should refuse! #BoycottSchoolCensus https://t.co/Z2O77fLA8i

And indeed, identifying foreign pupils will not solve the teaching recruitment crisis. Nor will it help failing schools. The new census simply amounts to dog-whistle politics obscuring the true culprit: Tory austerity. From 2010, the coalition government cut the education budget by 25% over four years. Teachers need to be well paid and require high skills. That would make the industry more competitive, attracting the best.

Logging foreign pupils will only succeed in creating a hostile climate for immigrants. More parents should respond to the census like Gerstner did with his letter.