After hundreds die in Hurricane Matthew, the biggest threat to Haiti may be yet to come [VIDEO] - Canary 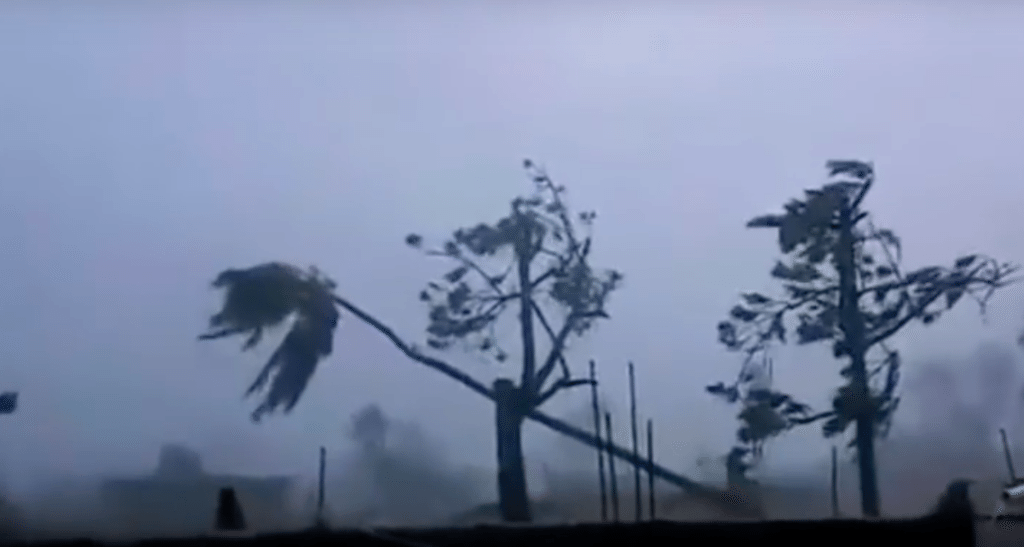 The most powerful Atlantic storm since 2007 devastated Haiti in the first week of October. Concerns remain of a potential humanitarian crisis. And if the international community doesn’t act to improve and increase its support, the situation could soon get a whole lot worse.

Hurricane Matthew ripped through Haiti at 145mph on 4 October. The severe winds and storm are probably the worst the country has experienced in a decade.

The southern part of the country was cut off from the capital when a bridge collapsed. It is the most affected area, and some say the hurricane destroyed up to 90% of it.

As officials assess the damage from the Category 4 winds, it is clear that around 1,000 people have died. Meanwhile, tens of thousands of people are homeless, and up to 1.4 million are suffering the consequences of the disaster.

But the problems the country faces are far from over, even after the storm.

Footage of the hurricane can be seen below:

Haiti is one of the poorest countries in the world, with a legacy that includes centuries of foreign exploitation and interference – from the trade of enslaved people to a number of US-backed coups. Today, its shanty towns and poor infrastructure make the impact of hurricanes and other natural disasters even worse, particularly in remote areas.

The hurricane destroyed homes. Cholera – a disease that has troubled Haiti for years – is spreading. And there are shortages in food, fresh water, and medical equipment – which could all cause another humanitarian crisis.

It brings back haunting memories of the 2010 earthquake, which killed thousands of people. And there is now pressure to provide for immediate needs, while rebuilding affected homes and agriculture.

On some levels, Haiti has moved on since 2010. The humanitarian community as a whole has placed more emphasis on vulnerable states being able to prepare for disasters such as this, and increase their own resilience. Reportedly, the Haitian government has taken more of a central role in coordinating aid and assistance, which is forthcoming from many donors on the national, international, multilateral and civil society levels.

There are positive aspects to the response so far, but to focus on these would overshadow concerns that still threaten the country’s ability to recover:

The world is suffering from disaster fatigue right now. But that should never see us ignore or fail to support those affected. And Haiti is just one example of a place which desperately needs our help.