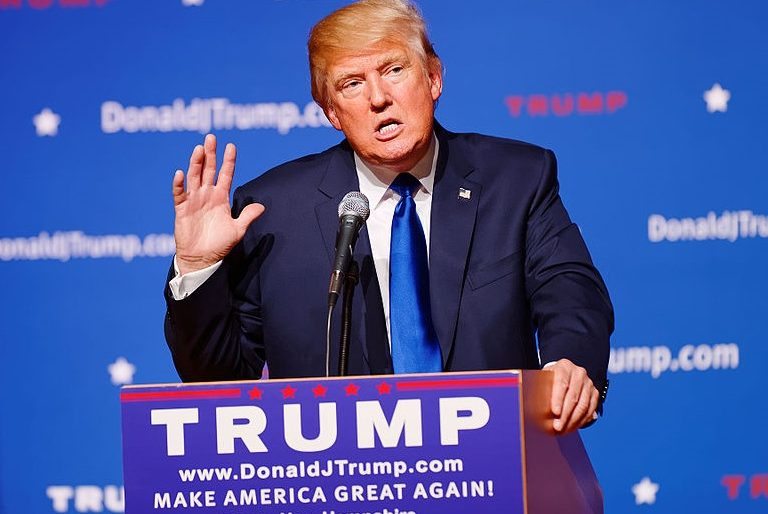 While Americans come to terms with Donald Trump’s election victory, a host of European politicians have come forward to celebrate the result. But who they are, and what they have to say about Trump, should be a warning to us all.

Congratulations to the new president of the United States Donald Trump and the free American people!

Le Pen and the FN are believers in the “nation state”; in other words, in preserving a specific type of French ‘identity’. She described the political climate after Brexit as “the time of borders”. Her father, Jean-Marie Le Pen, tweeted [French]:

The Americans want @realDonaldTrump, who is the ‘President of his People’. Today, the United States, tomorrow France. Bravo!

Le Pen founded the FN, but was expelled by his daughter in 2015 for his antisemitic views.

Their world is collapsing. Ours is being built.

In short, it’s clear that the party’s key figures view Trump’s victory as a victory for the kind of politics they hope will lead to their own election in France. Trump’s hard-line views on immigration and Islam, along with his commitment to making America “great again” (whatever that may mean), no doubt contribute to that.

A historic victory! A revolution!

We too will give our country back to the Dutch!

Hours later, he gave a speech at the Gatestone Institute, where he said:

Just walk out your front door and look around. Chances are that thugs are hanging around at the entrance of your local convenience store. That you get spit on and robbed there. That your daughters, your wives, and your parents get harassed and no longer dare to go out at night. That you are becoming a stranger in your own country. That must change. Because this is our country. And it is being taken away from you. And I will take it back for you.

He went on to make this point explicitly about Moroccan and Muslim people in the Netherlands.

Wilders is staunchly anti-Islam and currently faces charges for inciting ethnic hatred for comments in which he said his party would “take care of” lowering the number of Moroccan people in the Netherlands.

Clearly, when Trump has spoken about “taking back our country“, other right-wing politicians have taken this to legitimise their fight against the perceived ‘other’. And for people included in that ‘other’ category (Muslims, migrants, and anyone perceived to be either), this is likely to send shivers down their spine.

This was a victory for the forces which oppose globalisation, are fighting illegal migration and are in favour of clean ethnic states, in favour of self-sufficiency in the national economy.

In between the other political stances, the nonchalant use of the phrase “clean ethnic states” should leave little doubt in the minds of those who wonder if Trump is popular with fascists.

In 2015, The Guardian described Golden Dawn as “one of Europe’s most violent far-right parties”. And evidently, it has viewed Trump’s rhetoric of ‘making America great again’ and ‘taking back our country’ to relate directly to some form of ethnic cleansing.

Worst of all, it sees Trump’s victory as a sign that the public mood is shifting in this direction, and in its own favour.

If it’s right, things are about to get beyond terrifying.

– Support anti-fascist efforts in your area.