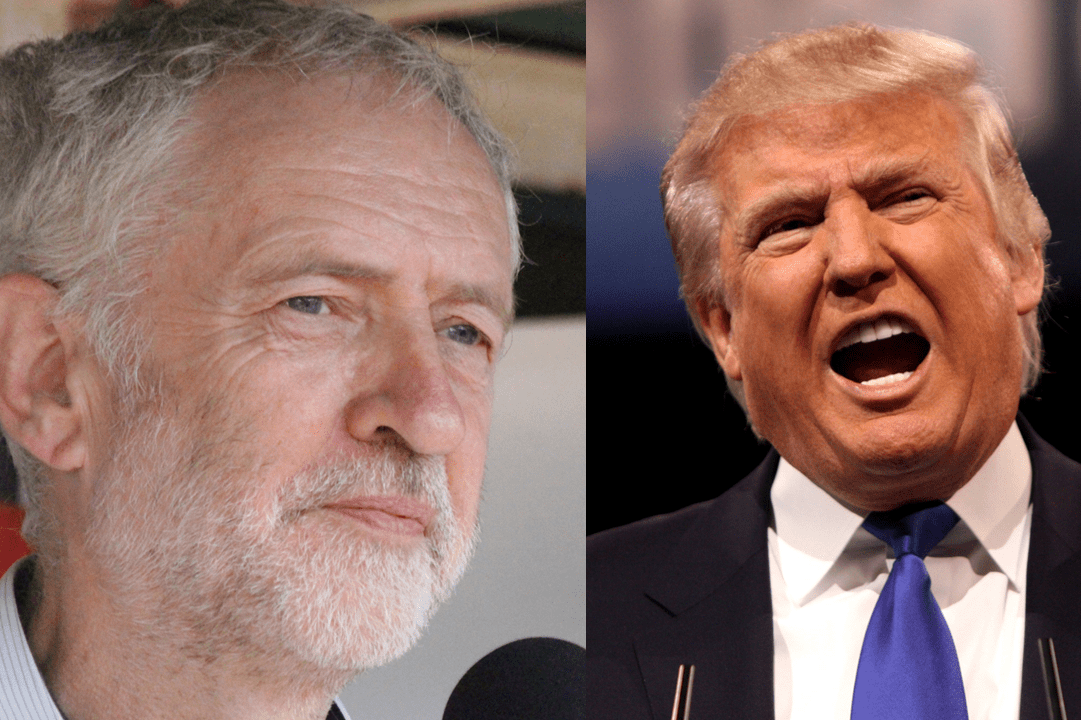 Jeremy Corbyn has summed up what many people are thinking in a statement on Donald Trump’s victory.

When a country elects a new leader, senior politicians from around the world generally offer their congratulations. Normally, they trot out the same hollow phrases as the last time and pledge to ‘work together’.

Corbyn’s message is different. It’s not a vacuous ‘well done’ to the new President-elect. It’s a statement of solidarity with many of the people who voted against Trump and are now fearful of what the future might hold. But it’s also an invitation to those who saw Trump as the man to bring change.

A welcome dose of reality

Corbyn recognises that part of Trump’s appeal is his lack of political background. Trump has repeatedly positioned himself as the anti-establishment candidate and painted Hillary Clinton as a stooge of Washington and Wall Street. Regardless of how accurate or inaccurate this may be, America has shown it wants change.

The exit polls in The New York Times are very telling. Clinton did very well among voters who feel that things are going OK. But voters who felt that the economy is in a bad way and their prospects are declining overwhelmingly opted for Trump. Those who were ‘angry’ with the government were vastly more likely to vote Trump. Such sentiments aren’t unique to the US; they’re a global phenomenon.

But there is another side to this global unease with political elites. Many countries have fringe politicians ready to harness public discontent for divisive purposes. And some of these disturbing figures have been positively gleeful about Trump’s success. They will see his elevation to ‘leader of the free world’ as a green light to push their hateful agendas. Corbyn tackles this slightly obliquely, saying:

But some of Trump’s answers to the big questions facing America, and the divisive rhetoric around them, are clearly wrong.

He then zones in on the issue, and seeks to isolate Trump at the same time:

I have no doubt, however, that the decency and common sense of the American people will prevail, and we send our solidarity to a nation of migrants, innovators and democrats.

According to Corbyn, it won’t be Trump who solves America’s problems. It will be its people. And it will be those people who recognise the role the US has long played as a haven for migrants, not those seeking to throw up walls, who’ll genuinely help to make America ‘great’.

Here is Corbyn’s statement in full:

Many in Britain and elsewhere will be understandably shocked by Donald Trump’s victory in the US presidential election, the rhetoric around it and what the election result means for the rest of the world, as well as America.

Trump’s election is an unmistakable rejection of a political establishment and an economic system that simply isn’t working for most people. It is one that has delivered escalating inequality and stagnating or falling living standards for the majority, both in the US and Britain.

This is a rejection of a failed economic consensus and a governing elite that has been seen not to have listened. And the public anger that has propelled Trump to office has been reflected in political upheavals across the world.

But some of Trump’s answers to the big questions facing America, and the divisive rhetoric around them, are clearly wrong.

I have no doubt, however, that the decency and common sense of the American people will prevail, and we send our solidarity to a nation of migrants, innovators and democrats.

After this latest global wake up call, the need for a real alternative to a failed economic and political system could not be clearer.

That alternative must be based on working together, social justice and economic renewal, rather than sowing fear and division. And the solutions we offer have to improve the lives of everyone, not pit one group of people against another.

Americans have made their choice. The urgent necessity is now for us all to work across continents to tackle our common global challenges: to secure peace, take action on climate change and deliver economic prosperity and justice.

Featured image via John Ranson for The Canary / Flickr