While the US is in turmoil, UK judges have quietly declared war on Theresa May's government - The Canary 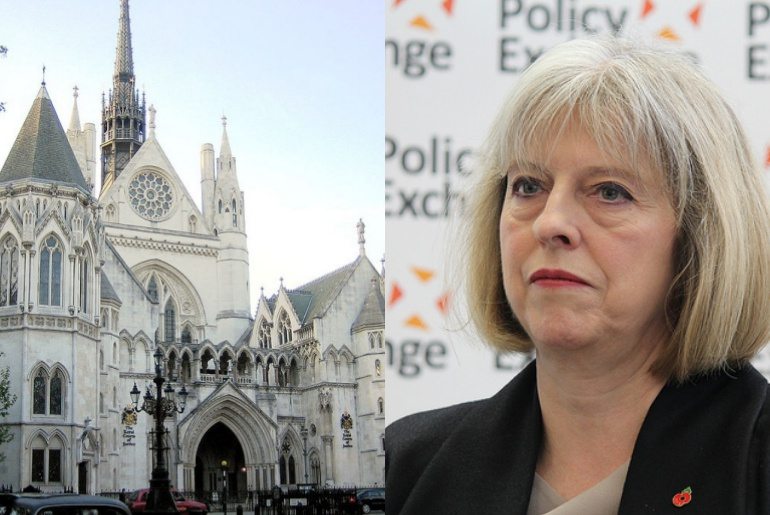 Just days after the High Court dealt a blow to the Conservative government’s Brexit plans, six judges have announced they are taking action against the government. But this time it’s over their pensions. And with all the furore over the US elections, the government could be forgiven for hoping that we might not notice.

The High Court judges claim they are being discriminated against because of age, sex, and race due to the changes to their pensions. While older judges will retain favourable pensions, younger ones will be forced to accept the new scheme which will give them less money. Given that the majority of older judges are likely to be white and male, the claimants say the new pension scheme is discriminatory.

The legal action, against Justice Secretary Liz Truss, will start next week.

The legal profession in revolt

This isn’t the first time the legal profession has taken action against the government. In 2015, solicitors and barristers joined in protests against a 17.5% cut in legal aid. According to Amnesty International, the cuts have led to a “two-tier” system of justice, with many vulnerable people not able to access legal counsel. Alice Wyss, UK researcher for Amnesty International, stated:

Cuts to legal aid imposed by this government have decimated access to justice and left thousands of the most vulnerable without essential legal advice and support.

Last year also saw the resignation of over 50 magistrates over the criminal court charges which imposed a mandatory cost on every defendant regardless of circumstances. But following the protests and the Justice Committee finding that the fees were “grossly disproportionate”, the government was forced to backtrack.

And while it is perhaps difficult to be passionate about judges’ pensions – a High Court judge, after all, already receives an annual salary of  £174,481 – the fact that judges are taking this action has the potential to be a massive embarrassment to an increasingly beleaguered government.

– Read more from The Canary on the Conservatives.