US antisemitism bill could strangle free speech and activism - The Canary 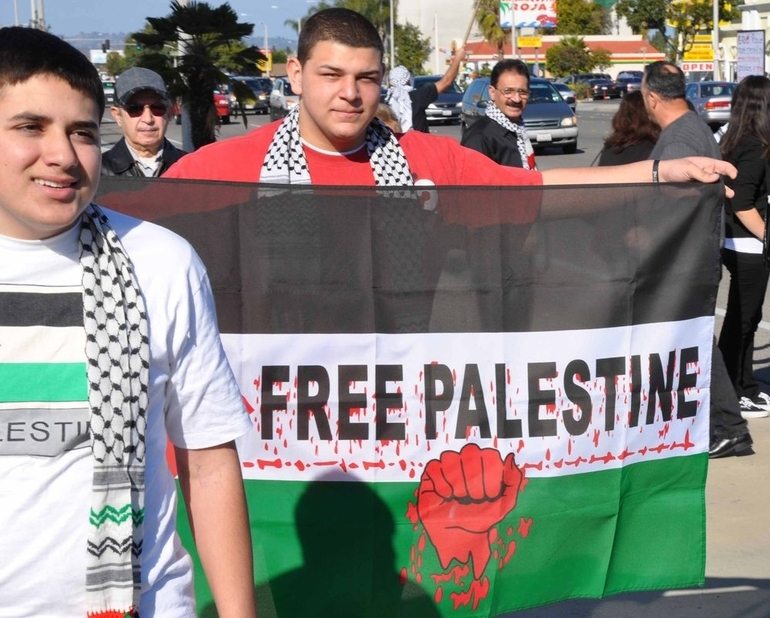 A new bill passing through the US Congress could mean that protests against the Israeli government count as civil rights violations.

This move follows a protest by pro-Palestinian student activists back in 2012, at the University of California, Berkeley. Students set up a mock military checkpoint, intended to simulate conditions of Palestinians in the West Bank.

Jewish organisations claimed that this protest against the Israeli government helped to create a hostile environment for Jewish students. They filed a civil rights complaint with the federal Department of Education (DoE), which subsequently rejected it. The DoE may deal with such complaints very differently in future.

As part of Israel Apartheid Week in 2012, other universities around the world staged similar protests, including the LSE in London.

The rise of antisemitism in the US

A report published by the AMCHA Initiative, an antisemitism watchdog, claimed that too often criticism of Israel crosses into antisemitism. They argue that the civil rights of Jewish students are being violated.

Earlier this year, the Anti-Defamation League (ADL) revealed in a report that antisemitic assaults rose last year to 56. They also highlighted that the overall number of hateful incidents targeting Jews increased by 3%.

Aside from assaults, other antisemitic incidents included harassment, threats, and vandalism. The ADL says that campuses account for 10% of such occurrences nationwide.

Donald Trump’s own antisemitic remarks have added to this growing problem. And so has the antisemitism that he’s fuelled. But is this new bill the most effective way to address these virulent attitudes towards Jewish people?

Does the bill go too far?

Critics question whether this bill will solve real antisemitism, as opposed to curtailing legitimate freedom of speech which might include criticism of the Israeli government. Michael Macleod-Ball, chief of staff of the American Civil Liberties Union (ACLU), said that the bill:

The bill defines antisemitism as “demonizing Israel”, “judg[ing] Israel by a double standard”, blaming Israel for “all inter-religious or political tension”, or delegitimising Israel. The federal government has not used this definition in domestic civil rights claims. The State Department has previously used it to judge antisemitism overseas.

Liz Jackson, staff attorney at Palestine Legal which advocates for pro-Palestinian activists, warns that the bill could stifle free speech on college campuses. She argues:

Before Congress imposed its discredited redefinition of anti-Semitism on the DOE, civil rights investigators consistently found that actions critical of Israel — like mock military checkpoints, or teach-ins on Gaza — are the kind of free-speech expression to be expected on a college campus and are not anti-Jewish harassment.

Many commentators warn about conflating criticism of Israel with genuine antisemitism. But the issue is complex, nuanced, and sensitive. There may indeed be troubling cases on campus where protests against Israel tread into antisemitic territory. And in the same way, there are many instances when criticism of Islam crosses the line into racism.

But the passing of this bill may not necessarily combat the real issue. Indeed, the threat it poses to the right of protest and free expression could outweigh any arguments in its favour. After all, one of the most effective ways to tackle xenophobic attitudes is to encourage an open and honest discussion of ideas.

– Support the ACLU and ADL.