Angela Rayner comes out fighting for millions of parents, and puts the government to shame [IMAGES] - Canary 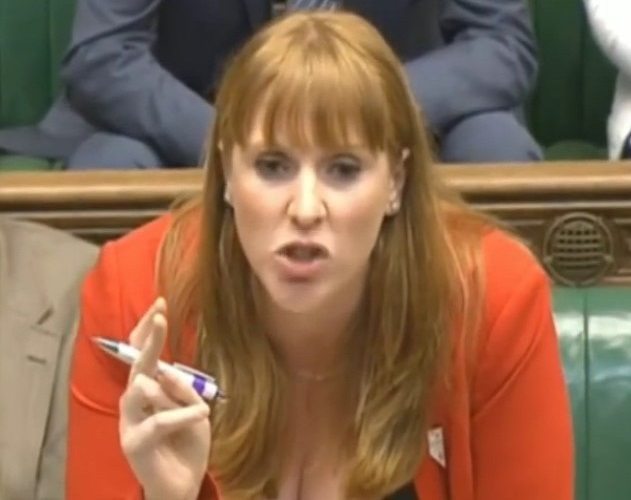 Angela Rayner has slammed the Conservative government over what she called “six years of turmoil in our schools”. The Shadow Education Secretary’s damning verdict came as it was revealed that the UK’s education system is, internationally, performing worse than three years ago. And Rayner laid the blame directly at the government’s door.

The Organisation for Economic Co-operation and Development (OECD) publishes Pisa rankings. These education performance rankings are based on the results of 540,000 15-year-olds’ tests in 70 countries. The test subjects are science, maths and reading. And the performance of the UK has been gradually getting worse.

Overall, the OECD ranked the UK as average. The OECD education director, Andreas Schleicher, said the UK results are: “flat in a changing world”. But dig a little deeper in the Pisa results, and some worrying trends emerge.

The OECD measures ‘social equity’ in education. This means how well students from poorer backgrounds perform, compared to the wealthiest. And since 2006, poorer students have seen an increasingly tough educational environment. The charts below show how the social status of parents affects pupils’ education outcomes. It also measures the performance gap between advantaged and disadvantaged students. And it shows the share of students who perform well, despite coming from poorer backgrounds (resilient students):

Essentially, since 2006, richer students have been doing better than poorer students more frequently. Even though poorer students’ “resilience” has improved. But governments’ failing of students who aren’t wealthy doesn’t end there. The figures from Pisa paint a stark picture for immigrant students as well:

The gross performance gap includes social factors such as parents’ wealth; hence the declining performance since 2006. Also, the performance gap between boys and girls has got worse since 2010 in science, and flat-lined in maths. The only improvement in the gap has been in reading.

Reforms for the sake of reforms?

Since 2010, governments have introduced numerous reforms to the education system. But critics have slammed the Coalition and Conservative governments’ changes. The National Union of Teachers (NUT) said there is a:

bitter distrust from school leaders of the direction of travel for education policy in England. The government has the wrong priorities. The strategy of cuts, teacher shortages and far-reaching, chaotic curriculum and assessment changes simply isn’t working.

And while the government has in the past protected the amount of money per pupil in the education budget, additional funds have not been protected. This, the NUT claims, has led to increased class sizes, a lack of money for books, and equipment and teacher shortages.

“Turmoil in our schools”

But perhaps what is most damning is that the Tories said they would use the Pisa results as a measure of the success of their reforms.

[The education system has] not made the progress we were promised by the Tories. We were told that the constant chopping and changing would all be worth it to see our international standing in education shoot up the tables. But what the Tories have delivered instead is a crisis in teacher recruitment and retention, chaos in the exam system, class sizes rising and schools facing the biggest budget cuts in decades.

She also slammed the Tories’ grammar schools plan, saying it was a system “which does not feature heavily in top performing countries”.

“This would make things worse”, Rayner commented; “we need to be making sure every child has access to an excellent academic education”.

The Tories: another brick in the wall of the great class divide?

But the government seems unconcerned by the Pisa results.

The Tories are failing in education by their own measure. It is time they started paying attention to what really drives up standards in schools. Excellent teaching and a good education for all children, not just the lucky few.

The government’s education policies are not just failing pupils. They are tragically failing the most disadvantaged pupils in society. But as is usual with the Tories, the ‘lucky few’ are all they seem to be worried about.