The Sun's own phone hacking trial is heating up, as new evidence names Murdoch's son - Canary 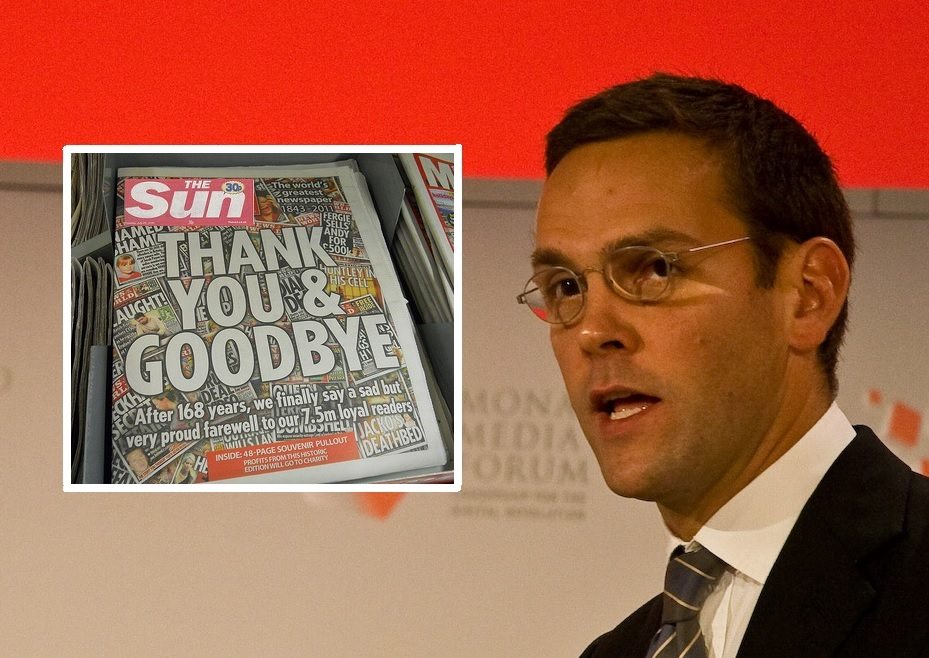 The High Court has been told that the deletion of emails at News International in 2010 personally involved James Murdoch. The allegation against Rupert Murdoch’s son was made at a court hearing on 5 December, in a case that involves accusations against The Sun.

Murdoch was Executive Chairman of News International in 2010.

News UK – the new name for News International – faced fresh phone hacking claims in January 2016. The Sun and the now defunct News of the World (NoW) are both implicated in the claims. And in April, Mr Justice Mann ruled that there is enough compelling evidence in the case to warrant a full trial against the publisher.

Authorisation from the top

The full trial will begin next year, according to The Guardian. But a case management hearing – a pre-trial hearing – took place on 5 December. And David Sherborne, who is representing the 17 people suing News UK, claimed that senior executives (including Murdoch) conducted a policy of email deletion. And that the policy removed “emails that could be unhelpful in future litigation in which News International could be a defendant”.

Rebekah Brooks has also been implicated in approving that policy. Brooks was the CEO of News International in 2010.

Sherborne explained what he alleged the email policy intended to do:

to eliminate in a consistent manner across NI (subject to compliance with legal and regulatory requirements as to retention) emails that could be unhelpful in the context of future litigation in which an NI company is a defendant.

The evidence for the claim includes an email sent by the Chief Information Officer (CIO) of News International, Andrew Hickey. That email was sent to an in-house lawyer and read:

Fyi also spoke with her [Brooks] on this and fine with what we are doing but adamant on Jan 2010 and has discussed it with JRM who wants to draw a line under Wapping and pre-2010. Can you pop round to discuss implications with me thanks andy

News Group Newspapers (NGN), an arm of News UK, had provided a “non-admission” on the email policy previously. But its representative, Andrew Green, was told to present its position on the emails again. Mann instructed Green that “there should be a proper pleading… even if it turns out to be a blanket denial”.

NGN has to respond to that instruction in 21 days.

This latest evidence in the case follows prior submissions. An email exchange was submitted in the case earlier this year. It allegedly showed that phone hacking was approved by a senior official at The Sun. Admissions from previous employees that they were involved in phone hacking provided the basis for the case. Court documents maintain that the witnesses were:

intimately involved or engaged in these unlawful activities on behalf of NGN, both at the News of the World and The Sun

NGN says the claims are baseless, and has vowed to vigorously defend itself:

Following many years of investigation, there were no charges against The Sun or its employees for voicemail interception.

Today, certain claimants seeking financial settlements arising from activities at the News of the World have made unsubstantiated claims against The Sun. If the court permits such claims to proceed, The Sun will defend them vigorously.

When the phone hacking scandal broke at the NoW in 2011, News International vehemently denied the claims. It asserted that the scandal was due to a ‘rogue’ reporter. But that claim was destroyed after the ‘For Neville‘ email surfaced. Its release showed that hacking was rife at the NoW, and that senior staff were aware it was going on.

This High Court case will undoubtedly unearth further information as it progresses. But the Murdochs will surely be hoping it follows a different path to the NoW scandal. Because that ended with the tabloid closing down, and the Leveson Inquiry being launched.

Time will tell whether The Sun awaits the same fate.

The Canary contacted News UK for comment but had not received a reply at the time of publication.