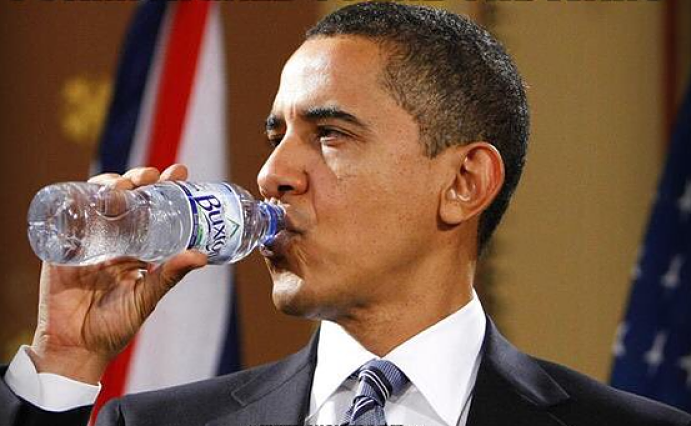 US President Barack Obama will leave office this week. And the controversy surrounding his replacement rivals that of Republican office-holder George W. Bush before him. But the apparent respite Obama’s presidency may have given to liberals may be somewhat misguided, as figures show that his airstrike record was ten times worse than Bush’s.

In his final days, commentators have torn apart Obama’s legacy, particularly his foreign policy mandate. And the Bureau of Investigative Journalism (TBIJ) has released data from its ongoing investigation into drone strikes that shows there were ten times more airstrikes in the covert ‘war on terror’ during Obama’s presidency than under Bush’s.

In fact, under the drone programme there were more strikes in the first year of Obama’s term than Bush’s entire presidency.

Obama sanctioned 563 strikes, according to TBIJ, over his two terms in office. Mostly via drone strikes in Pakistan, Somalia and Yemen. Bush only sanctioned 57 through his own two terms.

And TBIJ has calculated that 384 civilians have died as a result of these strikes. A huge contrast to the White House’s own estimates of between 64 and 116, released after some intense lobbying to do so.

The contested figures are one reason for the controversy surrounding the drone policy. Advocates claim that drone strikes are a surgical and precise way of conducting an airstrike, minimising ‘collateral damage’. But America’s own rules of engagement have proven that this is not the case. There have been several devastating reports of mistargeting, which has led to civilian casualties. In 2013, for instance, a US drone mistakenly targeted a wedding, killing 14 people. In 2016, a US drone struck Somali forces as they clashed with Al-Shabaab militants. But the misnomer in count is down to the USA’s methodology in counting civilian casualties. And its rules of engagement, however deadly, help the country to justify the method to themselves.

But the more haunting implication of an expanded drone policy is that the President is assassinating Americans overseas without any trial, judge or jury. Perfecting extrajudicial killing. In some cases, this led to the death of complete innocents such as hunted American Anwar Awlaki’s son.

What happens to a legacy

The hawkish character of Obama’s international agenda has not escaped media scrutiny. Vox recently commented that, in addition to Bush, Obama expanded the “power and authority of the executive branch, particularly in the realm of national security”. This means that US presidents now have the ability to bypass Congress to start a war. They can authorise intelligence agencies to collect Americans’ personal communications with limited oversight. Obama has also redefined torture. All on top of overseeing drone strikes with minimum legal fallout. Obama now passes these powers on to Donald Trump. As Vox said:

That any president has this kind of power is concerning on its own, but it’s even more alarming now that Donald Trump, who has praised repressive dictators… and shown little respect for things like international law and the Geneva Conventions, is going to be in the White House.

The author of the Vox article also suggests that this drone programme will continue and no one will care, as no real outcry from Washington has really taken place.

There has certainly been a decline in drone strikes, particularly in Pakistan. Many believe as a direct result of recording, investigating and lobbying by the media and civil society. But no one believes that this is the end. TBIJ states that strikes could well resume with President Trump in late January. And all of these powers will be passed to Trump from a man whose election supposedly symbolised progress.