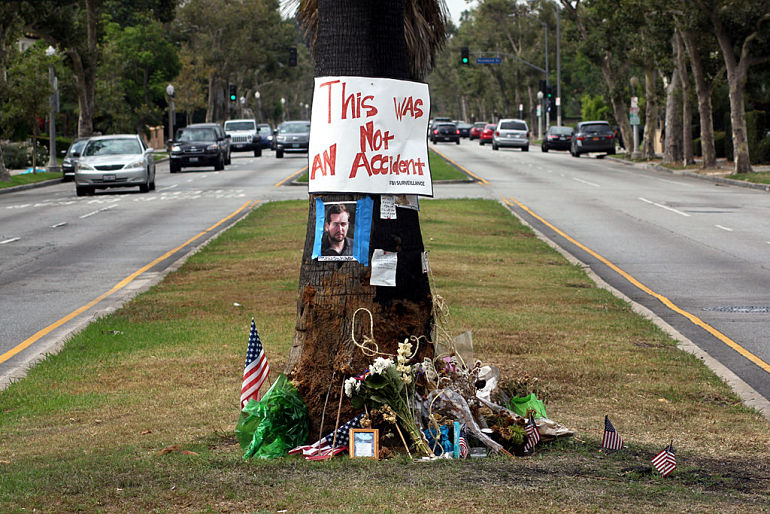 There is growing evidence that, prior to his tragic death in June 2013, award-winning investigative journalist Michael Hastings had been looking into material that formed part of what WikiLeaks would eventually publish as the CIA ‘Vault 7’ documents. Other evidence indicates that Hastings may have come upon a secret hacking organisation set up by the CIA, that is also referenced in ‘Vault 7′. Fellow journalist Barrett Brown, meanwhile, continues to raise serious questions about Hastings’ death.

“A big story” and a mysterious death

Michael Hastings’ article in Rolling Stone brought down General Stanley McChrystal. And he exposed the dealings of General “King” David Petraeus, former commander of US Central Command (CENTCOM), the International Security Assistance Forces (ISAF) in Afghanistan, and later head of the CIA. There were also many other prominent stories. But Hastings was working on one “big story” in particular.

Before he could investigate further, however, Hastings died in a car crash.

In the immediate aftermath, there was much speculation about the crash and the precise circumstances, with one eyewitness claiming he saw sparks coming from the car before it blew up. But the police asserted there was no foul play.

However, Richard Clarke – former US National Coordinator for Security, Infrastructure Protection, and Counter-terrorism – told The Huffington Post that the available information about the crash was “consistent with a car cyber attack”. He added:

There is reason to believe that intelligence agencies for major powers — including the United States — know how to remotely seize control of a car.

12 hours before the crash, Hastings had sent an email to colleagues at BuzzFeed and said: “I’m onto a big story, and need to go off the radat [sic] for a bit”. Three hours before that, he had made contact with WikiLeaks lawyer Jennifer Robinson.

At the time of Hastings’ death, journalist Barrett Brown was in jail, awaiting trial. Authorities initially charged Brown with offences relating to the posting of a hyperlink. Most of the charges were subsequently dropped and, after plea bargaining, Brown was sentenced to 63 months jail.

One of Brown’s many investigations concerned the activities of Endgame Systems. Indeed, Endgame was listed on Barrett Brown’s arrest warrant. The company has links with US intelligence and allegedly specialises in:

Bonesaw is a threat detection service that enables customers to remotely take over any computer, to see what’s inside.

Another Endgame product is ‘zero-day exploits’ (cyber attacks that occur before the victim becomes aware of them). An NSA contractor used these in an attempt to bring down the Tor browser.

Thanks to ‘Vault 7’, we know that zero-day vulnerabilities were also a significant part of the CIA’s cyber operations; that the CIA’s Cyber Command, an Endgame client, is also referenced; and that the CIA has the technology to remotely take over a vehicle.

Not long before his tragic death, Hastings had made arrangements to interview Brown. Brown’s editor also confirmed that Hastings would be working on one of his projects. In a recent audio interview, meanwhile, Brown (who was released on parole) raises serious questions about ‘Vault 7’ and what happened to Hastings.

Given everything we know, it is not improbable to conclude that Hastings and Brown had separately come across key elements of what is now ‘Vault 7’; and that they both placed themselves at risk by doing so.

– Support the work of the Courage Foundation.