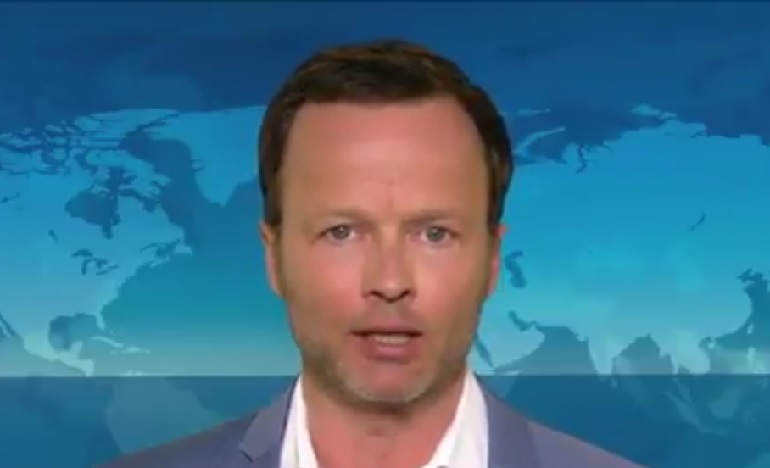 A German reporter has just slammed the current Turkish regime, highlighting its state terrorism. And he did so on the world’s largest public broadcaster.

There are currently rising tensions between Turkey and Germany (along with other European nations). And the Turkish regime has likened the German government and others to Nazis.

The key issue is Europe’s reluctance to allow the current Turkish government to host rallies on the continent ahead of an upcoming referendum. But after a recent 30,000-strong march in Germany ahead of Kurdish Newroz celebrations, tensions reached a new level; with a Turkish presidential spokesperson claiming that German authorities had shown “clear support for terrorism”.

In mid-2015, the Turkish regime broke off peace talks with the Kurdistan Workers’ Party (PKK) – which it calls a terrorist group. It then launched a war not only on the PKK, but on Kurdish communities around Turkey. The UN recently published a damning report on the massacre of Kurds by government forces; and on the displacement of hundreds of thousands of people of mostly Kurdish origin.

‘Who is the real terrorist?’

With Turkey accusing Germany of ‘supporting terrorism’ in the midst of the Turkish state’s war on Kurdish communities, one reporter from German public service broadcaster ARD felt the need to ask “Who is the real terrorist?”

The irony of the current Turkish regime directing terms like ‘Nazis’ or ‘terrorism supporters’ at European powers is lost on no one who is aware of the current situation in Turkey. In the last two years, for example, the increasingly anti-democratic government of President Recep Tayyip Erdoğan has: forged an alliance with neo-Nazis; turned Turkey into “the world’s biggest prison for the media profession”, according to Reporters Without Borders; organised massacres and destruction in majority-Kurdish cities and towns; allegedly supported and armed Daesh (Isis/Isil) and other jihadi groups in Syria; and cracked down of human rights in Turkey. The recent UN report just adds to the body of evidence against the Turkish state.

All war is terrorism

In wartime, the horrific reality is that civilians always suffer. And few combatants come out of conflicts with clean hands. That includes the PKK (even though the group and its regional allies are currently among the most effective forces fighting against Daesh and have insisted that “from whoever it may come, we must stand against actions targeting civilians”).

But the biggest terrorist in Turkey today is the Turkish state. NATO’s second biggest army is essentially at war with an entire ethnic minority group – the Kurds. And however much the Turkish government tries to distinguish between ‘martyrs’ (being Turkish soldiers) and ‘terrorists’ (being dead Kurdish fighters), the truth is that all war is terrorism.

Turkey’s allies in the West must stop turning a blind eye to its state terrorism. Because decades of war between Turkey and the PKK saw no victor. And nor will further conflict. It will only bring more death, more destruction, and more dictatorship. Not peace or democracy.

And even less stability in the Middle East is the last thing the world needs right now.

– Ask Theresa May and your MP to urge the Turkish regime to resume peace talks with its Kurdish communities; and to respect freedom of speech and human rights. Also ask the UK government to stop putting business before human rights in Turkey; and to follow in Germany’s footsteps by suspending arms deliveries to Turkey.