Chelsea Manning, imprisoned for exposing the horrors of war, is now free - Canary 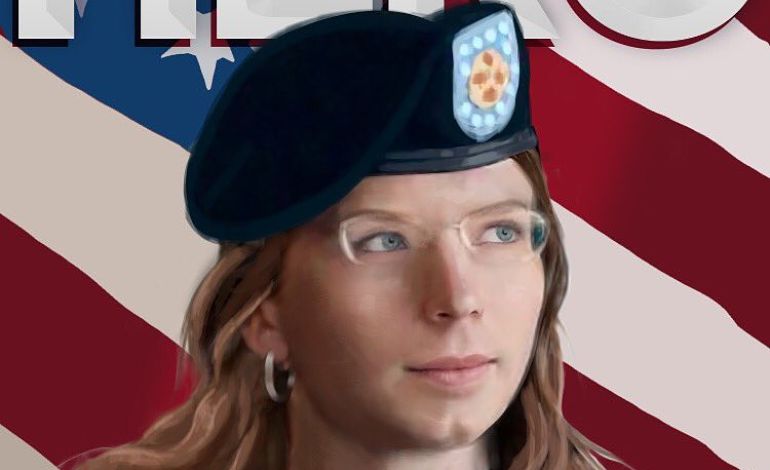 In August 2013, Chelsea (then Bradley) Manning was sentenced to 35 years in prison. During her three years in military custody awaiting trial, Manning – as attested by the UN Special Rapporteur – was subjected to torture. Manning’s aunt once said of her that she needed a miracle to get out of prison. That ‘miracle’ happened when US President Barack Obama commuted Manning’s sentence. And on 17 May 2017, Manning walked free. But the world owes her a huge debt for the crimes she helped expose.

After the news that her sentence would be commuted, several prominent people voiced their support. Including film-maker Michael Moore, whistleblower Edward Snowden, journalist Jeremy Scahill, and WikiLeaks.

Obama may well have just saved Chelsea Manning’s life… Chelsea deserves her freedom, and the world’s respect, for her courageous, inspiring actions in 2010. Chelsea’s releases through WikiLeaks helped bring an end to the US war on Iraq, galvanised Arab Spring protesters and inspired subsequent truthtellers.

After sentencing in August 2013, Manning said to her lawyer, who was crying:

Manning then made a very moving statement to the court.

The decision to commute the sentence followed years of campaigning for a pardon, as well as a petition with over 100,000 signatures. In November 2016, Manning applied for clemency [pdf]. A video in support of Manning featured ‘celebrities’ and journalists including Maggie Gyllenhaal, Roger Waters, Oliver Stone, Daniel Ellsberg, Alice Walker, Angela Davis, Moby, Molly Crabapple, Russell Brand, Chris Hedges, and Michael Ratner.

Media outlets around the world benefited from Manning’s leaks. The Guardian, The New York Times, Der Spiegel, The Bureau of Investigative Journalism, and the BBC all published material sourced by Manning. The Guardian published the ten main war crimes Manning revealed.

Perhaps the most infamous war crime Manning exposed was a video of a US Army Apache helicopter in Baghdad in 2007 opening fire on a group of men. The helicopter crew fired on civilians, including a Reuters photographer and his driver. The crew also fired on a van that stopped to rescue one of the wounded men. The driver of the van was taking his small children to a tutoring session. He was killed, and his two children badly injured.

Much of what Manning revealed was about the untold horrors of what was happening during the occupation of Iraq. On 22 October 2010, WikiLeaks released the Iraq War Logs, a series of nearly 400,000 classified military records, also known as “SIGACTs”. Several analyses of these logs for the period up to and including Manning’s revelations are available:

One of the more shocking aspects of the conflict in Iraq was the deployment of a death squad, known as the Wolf Brigade. Recruitment was organised by the US-installed interim government, headed by Ayad Allawi during 2004. A majority of its officers formerly served in Saddam Hussein’s special forces and Republican Guard. Details of the Brigade were made public by Manning via a confidential cable.

Manning was freed not just because of Obama, but because of the thousands of supporters around the world who did everything they could to see her released. It is an indictment of the US justice system that saw Manning charged and jailed in the first place.

Justice has finally been done for Manning. But not for the families of those whose were victims of war crimes.

– Read more of The Canary‘s reporting on Iraq. And see more Global articles on Facebook and Twitter.

– Support Courage Foundation, which supports those who risk life or liberty to make significant contributions to the historical record.