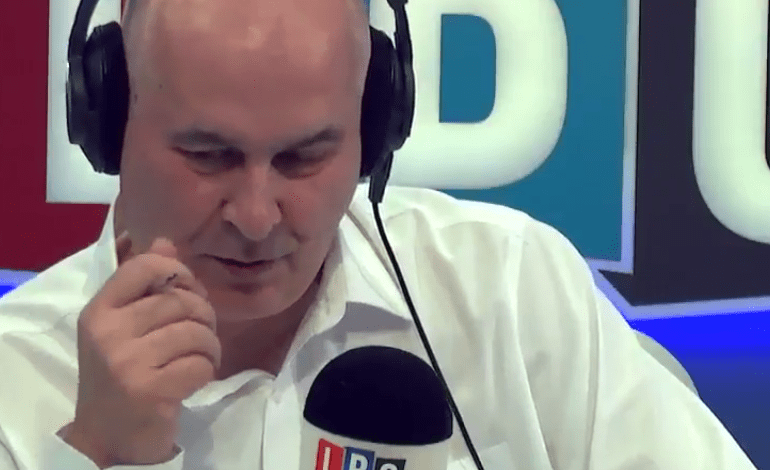 A young mother phoned up LBC radio to give her views on Labour leader Jeremy Corbyn. And Daisy’s words were so inspiring, she practically won over a former Tory politician.

Former Conservative parliamentary candidate and LBC host Iain Dale said her call was “one of the most convincing arguments for voting Labour” he’d ever heard.

Young Mother makes the best Pro-Corbyn phone in to a radio station you will have heard yet….. pic.twitter.com/0XTApw5pTI

‘The working class should vote Corbyn’

I actually completely agree with pretty much every single policy that Jeremy Corbyn has put forward… It’s really something that resonates with working class people… Working full time, myself and my partner – I’ve just had a baby, something like the ten pound an hour minimum wage… that to me would be an absolutely huge benefit… People need to realise that, if you’re working class, I think you should be voting for Jeremy Corbyn.

Many worry that a ten pound minimum wage would constrain small businesses unable to pay. But right now, the government is topping up employee wages for multinational corporations making billions. In 2015, a report by Citizens UK showed that taxpayers were subsidising four of the biggest supermarkets (Tesco, Asda, Sainsbury’s and Morrisons) by £1bn per year, because they paid their workers so little. A £10 minimum wage means that such money could instead go to small businesses that actually need help paying employees.

Daisy told radio listeners that Corbyn’s popularity with the media is not representative:

She then explained why she thinks the elite want to attack the Labour leader:

People just want to bash Jeremy Corbyn and… that’s always a tell-tale sign, when the elite don’t want someone like him in power, because I think he would actually do things for the working class…

Prof David Graeber from the London School of Economics agrees with her. Graeber wrote about the “remarkable hostility displayed by even the left-of-centre media”. He said the elites are hostile because a Corbyn election victory would be a “dramatic decline” in their “personal power and influence”. According to Graeber, Corbyn wants to devolve power from elites to ordinary people. And that’s why the political establishment throw vitriol at him.

Daisy also spoke out about Theresa May. People are currently facing almost a £2bn funding gap for social care services, because of ideological Conservative austerity. Attempting to make up for it, the Conservatives have a new policy of ‘allowing’ people to take a year off to care for sick relatives. But the young mum called May out here:

What working class person can actually afford to do that? And you won’t be able to get any benefits while you’re doing that because you’re still classed as employed.

It appears the Conservative Party wants ordinary people to work unpaid rather than solving the social care crisis. Such a policy encapsulates the choice that ordinary people have this election. Instead of robust services maintaining a civil society, May apparently wants working families to pick up the pieces.

Daisy is spot on to reject such a backwards worldview. And her powerful pitch for Corbyn may be one of the best yet.