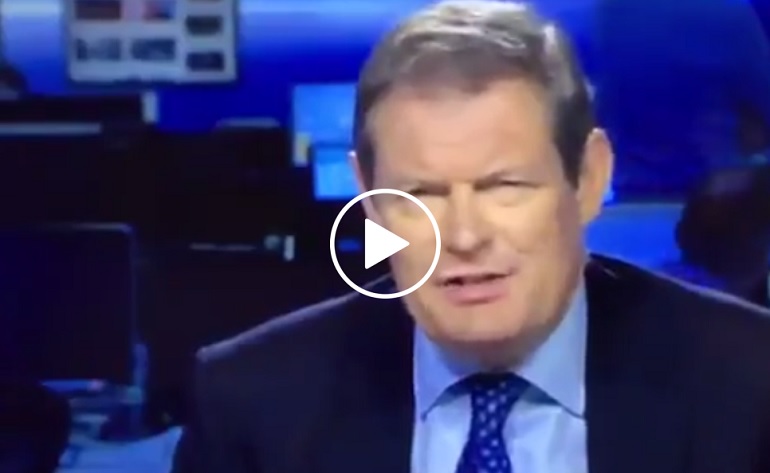 On 17 May, even Sky News had to admit that it had been a disastrous day for the Conservative Party. And on the eve of the party’s manifesto launch, too.

Jon Craig, Chief Political Correspondent for Sky News, insisted that parties often only make announcements if they’ve got a good story to tell. But the Conservatives apparently didn’t on 17 May. Instead, Craig explained, they came out with a Cost of Corbyn dossier, in which they argued that Labour’s manifesto had a massive black hole in it. This assertion, he said, was simply:

not supported by the analysis done by Sky’s Economics Editor Ed Conway.

But that wasn’t the only Tory failure. The party, Craig pointed out, was also drawing attention to itself at a time when figures showed that “earnings are not keeping pace with inflation”. And on the eve of their own manifesto release, there were signs of a rift between Theresa May and her Chancellor Philip Hammond.

In short, not a good day for the Tories. And a surprisingly balanced assessment from Sky News – an outlet which has been criticised in the past for its perceived right-wing bias.

Take a bow Sky News. This is by far & away the most balanced election reporting I have seen for quite some time. pic.twitter.com/vnveMwCtEs

And that wasn’t all!

Meanwhile, Hammond’s fearmongering about Labour’s spending plans backfired live on Radio 4, with him messing up his own party’s numbers by over £20bn. The type of mistake the media usually jumps all over when it’s made by an opposition politician.

The Chancellor also faced a question from a nurse who was worried about how to feed her family. His response lacked any sense of humanity. And it pushed BBC Radio 5 Live presenter Rachel Burden to tear him apart:

Well, you can pluck any figures out of the air you want to, to support your argument. But the fact is – people are contacting us, calling our programme, day in day out, week in week out, and that is not the picture they’re telling us. They’re saying it’s tough out there. We’ve had new figures this week showing inflation is rising once again – 2.7%. Wages are not keeping up with that. Average earnings have dropped 7.2% since 2010, taking into account inflation. Now if you’re saying that’s not happening, it suggests you just don’t have a grip on what’s actually going on out there.

Home Secretary Amber Rudd, meanwhile, spoke at the Police Federation Conference. When asked about police officers having to use food banks, she made it clear that she had little idea about how much ordinary police officers earn. And that didn’t exactly go down well.

In fact, even the mainstream media’s routine conservative bias – or the misrepresentation of Labour’s tax plans on the BBC – couldn’t help to make the day any better for Theresa May’s party.

In the end, this image seemed to sum up the Tories’ day perfectly.

But it’s not only the Tory campaign bus which is having problems. The party’s whole campaign seems to be running low on fuel. And its opponents are the ones that appear to have the real momentum going forward.