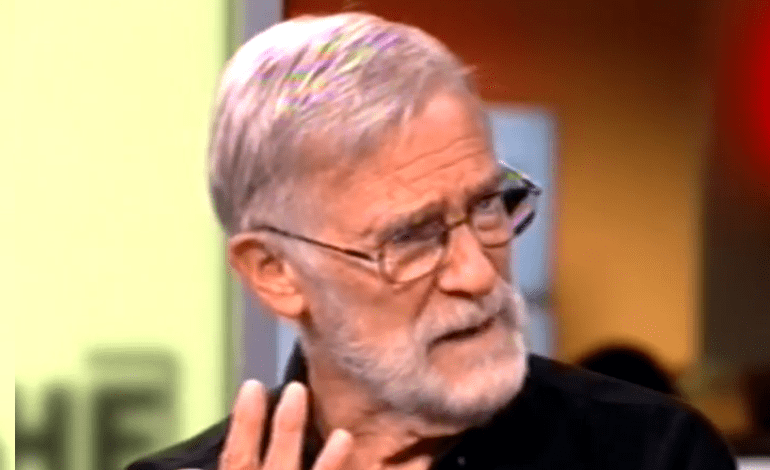 Former CIA analyst Ray McGovern seems to have destroyed the claim that Russia hacked the Democratic National Committee (DNC) in the 2016 US election.

During the presidential campaign, WikiLeaks released a huge bank of emails from the DNC server. And the US intelligence community, along with the media, maintains that Russia hacked the DNC; while former FBI director James Comey has claimed that Russia passed the emails to WikiLeaks through a proxy. But McGovern thinks differently.

Veteran Intelligence Professionals for Sanity (VIPS), a group of former intelligence officials including McGovern, have now produced independent forensic analysis. And this shows that the emails were leaked, not hacked. The findings are especially significant because President Donald Trump has just signed off new sanctions against Russia in retaliation. The VIPS report suggests these sanctions, which have escalated tensions between the US and Russia, are based on a lie.

But the mainstream media appears uninterested in the crucial findings. VIPS, which has former National Security Agency (NSA) technical directors within its ranks, concludes:

Key among the findings of the independent forensic investigations is the conclusion that the DNC data was copied onto a storage device at a speed that far exceeds an Internet capability for a remote hack. Of equal importance, the forensics show that the copying and doctoring were performed on the East coast of the U.S. Thus far, mainstream media have ignored the findings of these independent studies

The person “copied 1,976 megabytes of data in 87 seconds”, which is faster than possible with a hack. VIPS co-founder McGovern, who analysed Russia at the CIA for decades, expands:

The evidence that we have now is forensic… You would wonder why the people composing that CIA, FBI, NSA document… released on the 6 January didn’t do any forensics…

The document from the US intelligence community also contained no evidence. McGovern and William Binney, who was a high-ranking NSA official for 30 years, have insisted since last year that this was because the signs point to a leak, not a hack.

The position of VIPS chimes with what WikiLeaks editor Julian Assange has said about the emails. Assange has long insisted that the emails were leaked; and that the Russian hacking story was to distract from their content.

McGovern, who was with the CIA from JFK to Bush senior, also says ‘Russia-gate’ was a distraction attempt. He lays out his view of what the DNC thought:

‘If [Assange] has enough he can prove we stole the election from Bernie Sanders… We can blame this on the Russians, and then we can distract attention from the content of these emails’… worked like a charm

at the heart of this issue is whether people were told the truth about Hillary Clinton and the DNC. If there hadn’t been an ugly truth there, it wouldn’t have made any difference. There was an ugly truth.

Critics, meanwhile, say there was a ‘rig’ against Sanders. And the emails also showed how the DNC conspired against Bernie Sanders in the DNC leadership election:

Revelations like these led to the resignation of Debbie Wasserman Schultz, then Chair of the DNC. So given the unfavourable content, Assange and McGovern argue that the Russia hacking story was a distraction.

The findings from VIPS show that the emails were leaked, not hacked. Yet the idea that Russia hacked the DNC has become an “article of faith” in the corporate media. This has led to fresh US sanctions against Russia, representing a very dangerous escalation of tensions between the East and the West. In March, former vice president Dick Cheney went as far as to say the alleged Russian interference may be an “act of war”. And after Iraq, we cannot let the establishment frogmarch us into another military conflict based on dodgy evidence.