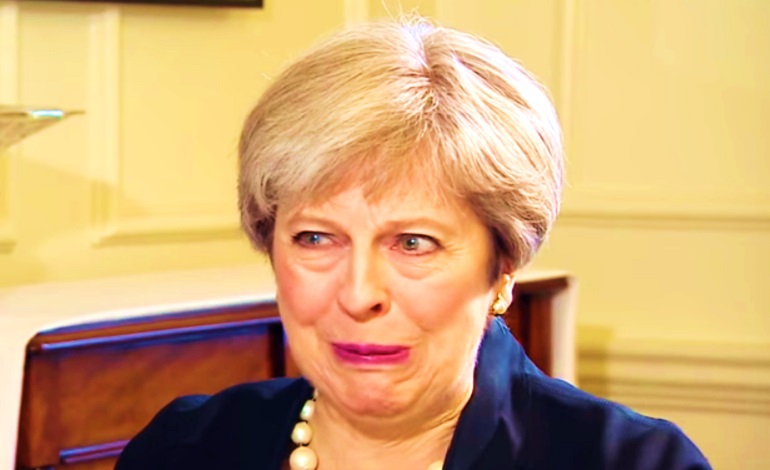 A former adviser to the Brexit Secretary David Davis has launched a scathing attack on none other than… Brexit. And it will leave Theresa May somewhat red-faced, as the man in question was previously responsible for selling Brexit to the media and public.

James Chapman was  Chief of Staff in the Department for Exiting the EU (DExEU). Responsible for “media and communications advice on the public delivery of the government’s strategy on leaving the EU”, he previously worked in the Treasury under George Osborne. But now Chapman, who used to be Political Editor for The Daily Mail, has called Brexit a “catastrophe”.

Past time for sensible MPs in all parties to admit Brexit is a catastrophe, come together In new party if need be, and reverse it #euref19

Also: well past time for sensible journos on papers that supported Brexit to admit it is going to destroy lives of many of their readers https://t.co/IqurZViyZc

Chapman went on to note:

There won't just be one punishment budget if Brexit proceeds GBH. A decade of them as businesses flee and revenues collapse #brexitbonus https://t.co/DiHknLpPwm

May: “hamstringing” other Tories

Some media outlets interpreted Chapman’s tweets as calling for a new, “centrist” party to be formed to try and stop Brexit. But Chapman’s comments are not out of character. Because he has previously been vocal about his opposition to leaving the EU.

In June, he told the BBC’s Week in Westminster that May’s stance on leaving the EU had “hamstrung” negotiations for his former boss Davis. Chapman further said:

there have been red lines that have been set for him that make the job he has to do very difficult.

But Chapman’s intervention will leave the PM red-faced. It comes just weeks after another former government adviser took to BBC Newsnight to slam Brexit. In July, former Special Adviser to the Department for Transport Julian Glover said on Newsnight that May’s negotiations were making the UK look:

deranged, stupid, diminished, flaky, binging on self-harm, something no one voted for. A lab rat experiment by the crazies on the rest of us. No deal would mean busted trade, broken borders, bankrupt factories. No right for planes to fly, no right for trucks to move, a thousand certainties gone.

Chapman’s intervention will be another headache for May, in a long line of aches and pains over Brexit. With parliament out for summer, it should be the perfect opportunity for the PM to get a handle on negotiations. And also for her to begin ‘selling’ her vision of Brexit to the public. But instead, she’s repeatedly left with egg on her face. And it looks like, by September, May could have a full English fry-up plastered all over her.