Theresa May just sent a massive f*ck you to survivors of terrorism. But the media are barely reporting it. - Canary 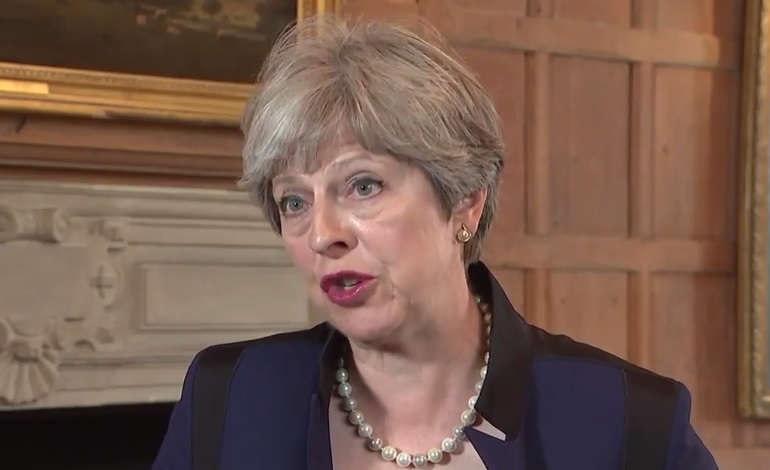 Prime Minister Theresa May has just sent giant f*ck you to survivors of terrorism, but the media are barely reporting it.

According to The Independent, May has rejected an appeal from 9/11 survivors. They had asked the Prime Minister to release the government’s “buried” report into extremism funding. But the government has refused to do so.

The Tory government made clear earlier in the summer that the report will never see the light of day. And many suspect that’s because it implicates Saudi Arabia, a UK ally, in terrorism funding. But May’s doubling down on the refusal in the face of a plea from 9/11 survivors truly shows how low the current UK government is willing to go to keep its secrets.

Commissioned by May’s predecessor David Cameron, the report focuses on foreign funding of extremism in the UK. Publication of the report is “a decision for the Prime Minister”, according to the Home Office. And May has decided to sit on the report indefinitely.

In July, however, a group representing 9/11 survivors and victims’ relatives wrote to the Prime Minister. Signed by 15 people, the letter read:

The UK now has the unique historic opportunity to stop the killing spree of Wahhabism-inspired terrorists by releasing the UK government’s report on terrorism financing in the UK which, according to media reports, places Saudi Arabia at its centre of culpability…

The group has branded the government’s rejection of its plea “shameful”. Brett Eagleson, who lost his son in the attack, commented:

When the UK government had the opportunity to shed light on the funding of terrorism and had the opportunity to make real inroads on the global fight against terror, they have chosen to take the path of least resistance by putting the cozy relationship with Saudi Arabia before the safety of its owns citizens…

It’s a shameful day for democracy.

The government maintains that releasing the report is not possible because of “the volume of personal information” it contains, and national security concerns. But renowned academic and commentator Noam Chomsky argues that ‘national security’ doesn’t always mean security of the population. In fact, he asserts that people’s security is often a “very minor concern”. He continues:

Chomsky says the security of economic power, corporations and banks, is also paramount. And both of these concerns – over state and economic power – are relevant to this extremism report.

May has maintained close relations with the Saudi regime, which continues to be a lucrative arms market for the UK. Britain recently approved £3.5bn worth of arms sales to the country. Furthermore, Conservative MPs have been caught taking nearly £100,000 in gifts, trips and fees from Saudi Arabia.

But the Tory government could face a serious risk to its security if it released this report and it confirmed people’s suspicions about Saudi Arabia. Because the “enemy”, i.e. the public, wouldn’t take kindly to a government willing to put its citizens’ lives at risk in order to make money for weapons peddlers or the banks that deal in their money.

So the Tories may cite ‘national security’ and expect everyone swallow it. But as Chomsky notes, there’s a burning question the government must answer: security for whom?

– Take action against conflict with the Stop the War Coalition.