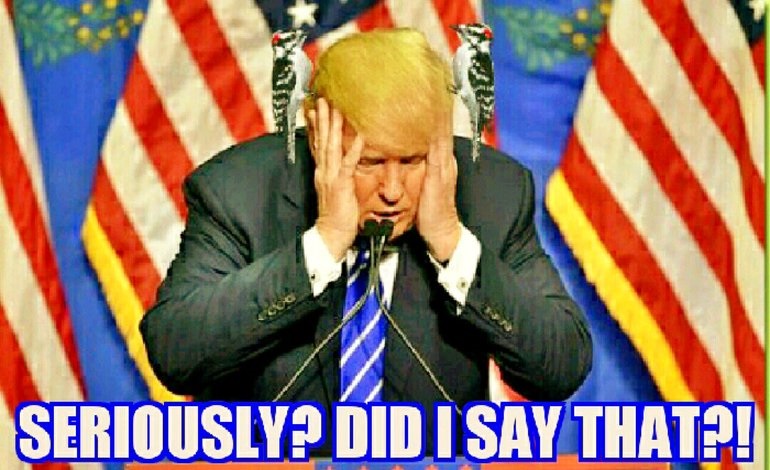 Republican senator and war veteran John McCain has attacked Donald Trump over his controversial pardon of alleged racist Joe Arpaio. And fresh from failing to condemn a white supremacist march, Trump’s behaviour has his critics up in arms.  Civil rights groups are enraged, calling the pardon an “endorsement of racism“. And given that Arpaio was a key supporter of the Trump campaign, there are further questions over Trump’s motivation.

With his pardon of Arpaio, Trump has chosen lawlessness over justice, division over unity, hurt over healing.

Ex-presidential nominee McCain, 80, spoke out against Trump’s pardon of Arpaio. The notorious ex-sheriff, 85, has been lambasted for racial profiling and his treatment of prisoners. For instance, marching them in searing heat and referring to his prisons as “concentration camps“. But it was his tough stance on immigration, including racial profiling and detention without evidence, that brought Arpaio to trial.

After ignoring legal rulings on profiling Latinos, it was a conviction for contempt of court that put Arpaio behind bars.  Or should have, until Trump intervened. And in doing so, Trump stands accused of ignoring both the concerns of Arpaio’s victims and the legal system. McCain stated:

Mr Arpaio was found guilty of criminal contempt for continuing to illegally profile Latinos living in Arizona based on their perceived immigration status in violation of a judge’s orders.

The President has the authority to make this pardon, but doing so at this time undermines his claim for the respect of rule of law as Mr Arpaio has shown no remorse for his actions.

McCain is not the only high-profile critic to condemn Trump. Senator Bernie Sanders accused Trump of defending racism:

Meanwhile, Trump called for celebration of an “American patriot”:

I am pleased to inform you that I have just granted a full Pardon to 85 year old American patriot Sheriff Joe Arpaio. He kept Arizona safe!

This is not the first time Trump has faced calls of racism. His travel ban and Mexican border wall have both faced the same accusation. More recently his failure to condemn white supremacist violence in Charlottesville has come under fire. And even before taking office, he conducted a bigoted campaign to force President Obama to reveal his birth certificate; a campaign Arpairo publically supported.

ACLU pulled no punches in calling out Trump directly:

Once again, the president has acted in support of illegal, failed immigration enforcement practices that target people of color and have been struck down by the courts.

And this sentiment is shared widely:

Sheriff Joe is America's most famous racist!
You've outdone yourself!

Above the law, below decency

With multiple allegations of racism and a penchant for unilateral intervention, Trump seems only to think of his hardcore fan base. Described as “racist” and “xenophobic“, the ‘Make America Great Again’ train is an easy audience. And his latest move, although legal, both insults the US legal system and undermines immigrant rights. By both pardoning and praising Arpaio he sends a clear message: immigrants aren’t welcome.

So let’s just call this what it is. A racist pardoning a racist for being racist to impress other racists.

– Read more Canary articles on Trump. And see more from The Canary Global on Facebook and Twitter.