The UK has a rival in the race to lower corporation tax. And we'll all lose out. [TWEETS] - Canary 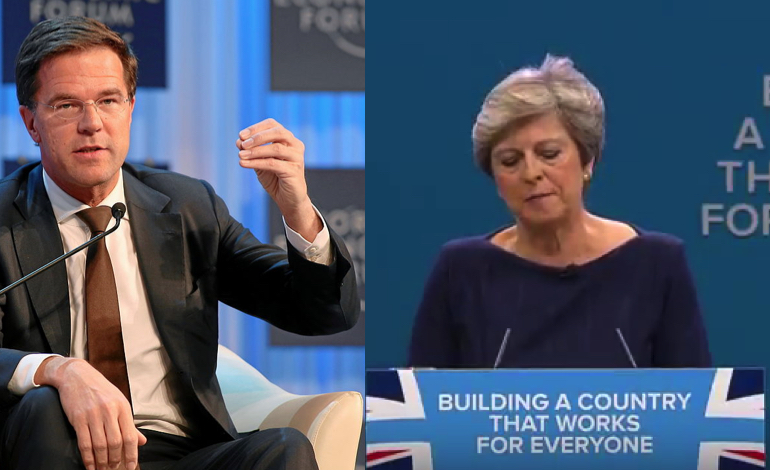 The UK does big business helping large corporations avoid paying their fair share of tax. As well as enabling companies to transfer money to tax havens, it taxes them at a rate of just 19%. But another country has just given the UK a run for its money as a low-tax place to do business.

On 10 October, the Netherlands said it will cut corporation tax from 25% to 21% or 16% (depending on the size of a company’s profits). And that comes after Belgium announced a corporate-tax cut of its own, to 25%.

The new Dutch government, which formed on 10 October, also said it will scrap the 15% tax on companies when they pay dividends to shareholders. Dutch News said the government made these changes:

But the advocacy group Tax Justice Network (TJN) has debunked the myth that low taxes lead to ‘more competitive’ economies. It told The Canary:

The Tax Justice Network has always highlighted the false narrative behind the race to the bottom tax ‘competition’ on which such policies are based. The winners are a tiny business elite and the losers are the rest of us. Who wants to win a race to the bottom? And in whose interests are race to the bottom policies implemented?… The evidence that cutting taxes leads to investment is very weak indeed. As we say in our explainer on our website, it boosts inequality, erodes democracy, subsidises unproductive rent-seeking, kills jobs by subsidising capital at the expense of labour, and reduces productivity and economic growth.

The #Netherlands just joined the race to the bottom in #corporate #taxhttps://t.co/kHI2Rr20mk via @TaxJusticeNet 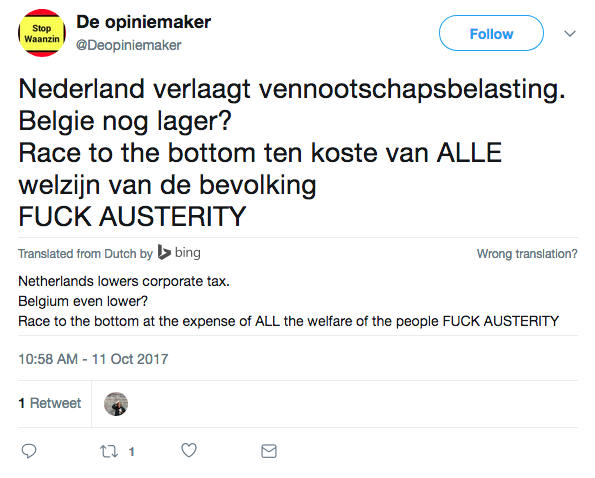 Off to the races

As in other areas tied to Brexit, the UK government has been unclear about whether (or by how much) it will lower corporation tax. In 2016, George Osborne and Philip Hammond said the rate would decrease. Then, in July 2017, Hammond said the UK won’t become a tax haven after Brexit.

But that doesn’t mean tax rates on companies won’t get lower. In fact, UK corporation tax is due to fall to 17% in 2020.

And TJN said that, even if the UK makes those cuts in anticipation of Brexit:

As it is, the UK ‘tax gap‘ (how much tax should be paid vs how much is) stands at around £119bn per year. And a lack of tax revenue means less money for public services, and a bigger gap between rich and poor.

So the Dutch move isn’t one to follow. It’s a loss for Dutch society, and it would be for Britain too. Other countries in Europe have lower corporation tax rates than the UK or the Netherlands. But in the end, it’s a race that no one wins. Because it’s one that hugely benefits the large companies that don’t have to contribute their fair share to society.