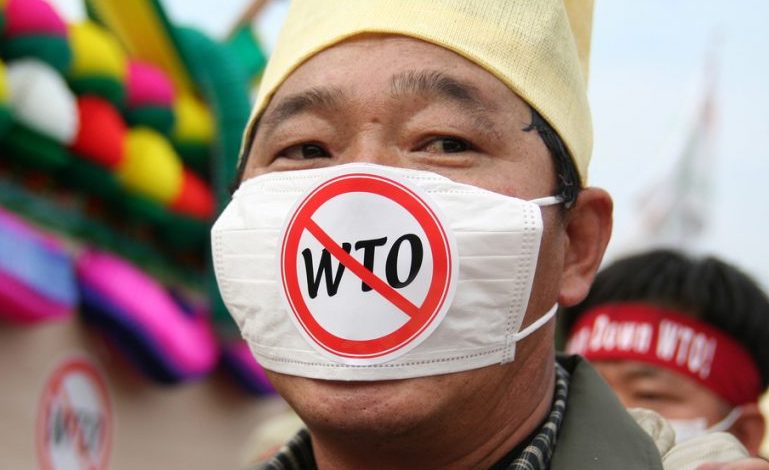 UK organisation Global Justice Now has been banned from attending a World Trade Organisation (WTO) conference, in a draconian abuse of power that has rocked the international community.

The Argentine government is stopping “at least sixty three” ‘civil society’ organisations from attending the WTO Ministerial Conference with no explanation, despite repeated requests for clarification from the WTO. The conference meets in Buenos Aires from 10-13 December, to discuss global trade terms for the next couple of years.

Argentina is being accused of violating international diplomatic norms, with the ban described as repressive and ridiculous. This is the first time that a host government has taken the liberty of blatantly shutting down debate.

On 29 November, Global Justice Now received word from the WTO that Argentina had denied its entry to the conference. This happened despite the group receiving clearance from the WTO over the summer. The ban is so severe, personnel won’t even be able to enter Argentina.

We have been attending the WTO for over a decade, and believe a civil society presence is fundamental in ensuring the voice of tens of millions of ordinary people affected by the WTO’s policies are heard. We have never before received this treatment from a host government – to have our entire delegation’s accreditation cancelled at the last minute without any reason being given.

If the WTO believes in the importance of civil society’s voice, we call on them to move the summit to a country where people are able to participate freely. We also call on the G20 to reconsider the location of their summit next year as President Macri has clearly shown his government do not respect plurality or democracy.

The WTO is responsible for overseeing the international trading of goods, services and intellectual property. It’s faced criticism in the past for not listening to the concerns of human rights and environmental groups. Over the last decade it has been keen to incorporate the voices of ordinary people through various Non-Governmental Organisations (NGOs).

Global Justice Now and others, such as Friends of the Earth, have attended many WTO meetings. They provide expertise in areas often overlooked by corporations and multinationals. Argentina had promised to allow access to accredited groups but it is stubbornly refusing to lift the ban. Sam Cossar-Gilbert from Friends of the Earth said:

Trade deals affect people’s everyday lives, from the food we eat to the energy we use, and must not be discussed in secret behind closed doors. Locking people out of the WTO will only undermine its legitimacy. we need more public participation in trade policy, not less.

Argentina’s insistence on policing activists has sparked accusations that its government is harbouring a blacklist of environmental and human rights groups.

Worryingly, the outcome of the ban is the denial of ordinary citizen participation in shaping the policies that affect us. Against a bleak political climate, in which our rights are being aggressively eroded by authoritarian governments.