Revealing these secrets could see not only Trump fall, but UK government ministers too - Canary 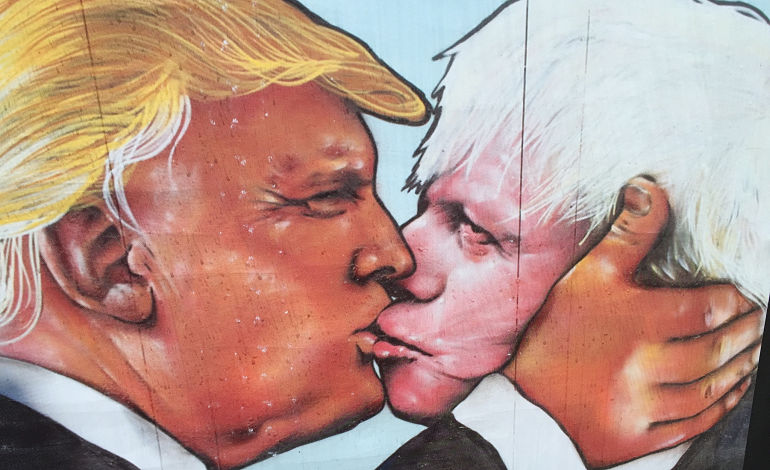 A company at the centre of the ‘voter meddling’ row in both the US and UK must make available its communications to a powerful US Senate committee. Together with revelations from key Trump associates, these communications have the potential to bring down US President Donald Trump and even senior ministers in Theresa May’s government.

Cambridge Analytica (CA), a US/UK behavioral microtargeting firm hired to assist the Trump presidential election campaign, has been asked by a US Senate committee to provide details of its communications with named individuals. The committee is investigating possible Russian interference [pdf] in the elections.

The Senate demand includes communications relating to Trump and other individuals:

One name that stands out is former Trump Foreign Policy Adviser George Papadopolous. The British Foreign and Commonwealth Office (FCO) confirmed that Papadopoulos met with British minister Tobias Ellwood as well as a ‘high ranking’ person with the FCO.

And it was Papadopoulos who accused a ‘professor’, identified as Joseph Mifsud, of being a Kremlin go-between. Mifsud allegedly tipped off Papadopoulos about ‘dirt’ on US presidential candidate Hillary Clinton. Though Mifsud denies this. Earlier this year Johnson was photographed at a Conservative Party event standing next to Mifsud.

Papadopoulos is now fully co-operating with US authorities in its investigations.

The AIQ website displays a revealing quote by Dominic Cummings, Vote Leave’s Director and expert on ‘data science’. And Paul Stephenson, communications director of Vote Leave, has stated that both AIQ and its founder Zack Massingham were:

Instrumental in helping the Leave campaign win. Together with our digital director, Henry De Zoete, they transformed Vote Leave’s digital offering and helped us to contact voters over one billion times online.

Vote Leave has admitted it extensively deployed voter manipulation techniques as part of its campaign. Indeed, Thomas Borwick, the Chief Technologist to Vote Leave, was previously the ‘micro-targeting’ consultant to CA.

Also, in 2015, CA’s Director of Programme Development Brittany Kaiser told PRWeek that CA had started working with Leave.EU, fronted by UKIPs Nigel Farage. Leave.EU subsequently announced that CA was on board and:

Will be helping us map the British electorate and what they believe in, enabling us to better engage with voters.

Our campaign is being run by Gerry Gunster ( won 24 referendum in the USA and Cambridge analytica experts in SM https://t.co/i6K9NLu2zG

We did not work with Russia in this [2016 US] election, and moreover we would never work with a third-party state actor in another country’s campaign.

Brexit and the election of President Trump were inextricably linked, so the [recent] discussions [between Tory MP Jacob Rees-Mogg and Breitbart editor Steve Bannon] focused on… winning for the conservative movements on both sides of the pond…

And Berit Anderson in ‘The Rise of Weaponized AI Propaganda‘ asserts:

By leveraging automated emotional manipulation alongside swarms of bots, Facebook dark posts, A/B testing, and fake news networks, a company called Cambridge Analytica has activated an invisible machine that preys on the personalities of individual voters to create large shifts in public opinion… A proxy war of machine learning… will be waged online, in secret, and with the unwitting help of all of you.

Certainly odd that Trump tweets out Britain First and then Bannon talks to Farage and Rees Mogg the day after. Do they think the FBI is looking this way next? https://t.co/oO3DqLSGW1

Former US National Security Adviser Michael Flynn was an adviser to Strategic Communications Laboratory, the parent company of CA. And in a plea deal Flynn has admitted he lied to the FBI, as part of its investigations into alleged Trump-Russia links.

Further revelations from Flynn, or Papadopoulos, together with the release of CA’s communications, could see casualties. And not just in the US.