The government boasted about £14.5bn of deals with a country that just jailed three journalists for life - Canary Workers’ Co-op 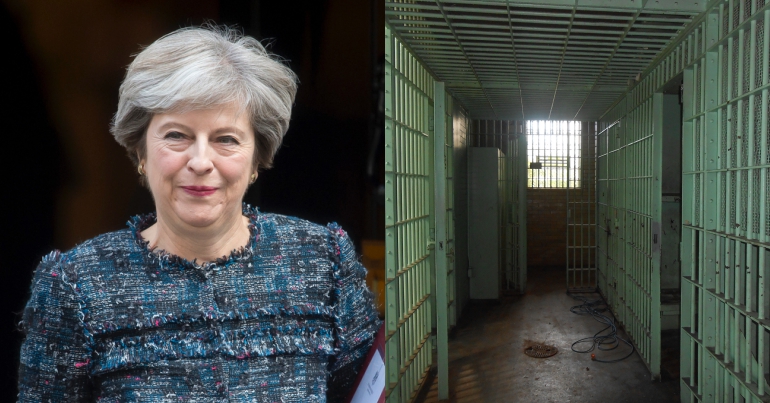 The Conservative government boasted about having a £14.5bn trade relationship with a country that has just jailed three journalists for life.

Ahmet Altan, Mehmet Altan and Nazlı Ilıcak were sentenced in Turkey on 16 February following a trial lasting months. The prosecution claimed they were sending “subliminal messages” that urged the overthrow of the government around the time of the attempted coup in 2016.

Their imprisonment has drawn widespread criticism from media freedom and civil liberties groups. These are the first convictions of journalists following the coup and a further 73 journalists at least are in prison awaiting trial.

But Turkey remains a country that the Conservative government wants to trade with. On 12 January, Secretary of State for International Trade Liam Fox travelled there “to emphasise the UK’s commitment to build a stronger trade and investment relationship after the UK leaves the EU”.

The UK is Turkey’s second largest export market. And in 2016, trade with the country totalled £14.5bn.

As well as meeting President Erdoğan and other senior government members, Fox also went to see how BAE Systems’ £100m contract to help build a fifth generation of fighter jets was progressing.

And while arms sales are just a proportion of the total trading figure to Turkey, they are an important part. The UK licensed £175m of arms sales to the regime between May 2015 and June 2017. The BAE Systems’ fighter jet deal wasn’t concluded until August 2017.

Meanwhile, Turkey is currently engaged in an assault on the Kurdish-held Syrian town of Afrin. It is targeting Kurdish forces there; the very people the US is supporting in the battle against Daesh (ISIS). The Syrian Observatory for Human Rights says 51 people have now died in the operation. Turkey has even been accused of recruiting ex-Daesh fighters in its attack on Afrin.

Turkey was ranked 155 out of 180 countries in the 2017 World Press Freedom Index. Writing in March 2017, Ahmet Altan described the charges against him as “ludicrous”. His brother, Mehmet Altan stated:

I am a suspect now only because I demanded democracy.

Reporters Without Borders condemned their convictions and sentences:

These sentences are a political reprisal of incredible violence and confirm that the most absolute despotism now reigns in Turkey. They also set a terrible precedent for all the other journalists who are wrongfully accused of involvement in the 2016 coup attempt.

David Kaye, the United Nations Special Rapporteur on the promotion and protection of the right to freedom of opinion and expression, also spoke out:

The court decision condemning journalists to aggravated life in prison for their work, without presenting substantial proof of their involvement in the coup attempt or ensuring a fair trial, critically threatens journalism and with it the remnants of freedom of expression and media freedom in Turkey.

So we have a government boasting about trade with a country that is locking up journalists, bombing civilians and freedom fighters and continually repressing its own Kurdish population. And millions of pounds worth of this trade is in weapons.

This disgraceful situation shows that we all need to think about where the UK is positioning itself post-Brexit. Britain may be leaving the EU, but this doesn’t mean we have to court regimes that jail journalists and fuel worldwide conflict through arms sales.