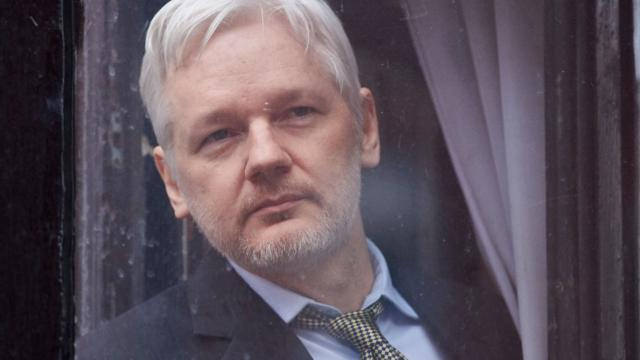 An apparent copy and paste error indicates that charges have been prepared against Wikileaks founder Julian Assange. This is not surprising. Documents seen by The Canary reveal these charges have been known about for years. This includes the Australian government with evidence showing its knowledge dates back to 2010.

Caught out. We have said for some years these charges exist. Australia must prevent handover to the US #auspol @wikileaks Julian Assange has been charged, prosecutors reveal inadvertently in court filing https://t.co/vMpk4i8pyt

Wikileaks appeared to question whether it was an accident:

SCOOP: US Department of Justice "accidentally" reveals existence of sealed charges (or a draft for them) against WikiLeaks' publisher Julian Assange in apparent cut-and-paste error in an unrelated case also at the Eastern District of Virginia. https://t.co/wrjlAbXk5Z pic.twitter.com/4UlB0c1SAX

Barry Pollack, a US lawyer acting on behalf of Assange, commented:

The only thing more irresponsible than charging a person for publishing truthful information would be to put in a public filing information that clearly was not intended for the public and without any notice to Mr. Assange.

Meanwhile, the Reporters Committee for Freedom of the Press is seeking for the charges to be unsealed:

The Reporters Committee for Freedom of the Press has filed a motion in the Eastern District of Virginia to unseal the charges against Assange https://t.co/SGIojIDopX

Charges could include “conspiracy, theft of government property or violating the Espionage Act”. Regarding the latter, former CIA director Mike Pompeo explained that WikiLeaks had allegedly “directed Chelsea Manning to intercept specific secret information, and it overwhelmingly focuses on the United States”. And the late Michael Ratner (Assange’s US lawyer) was certain that the most likely charge Assange could face was “conspiracy to commit espionage”.

According to researcher Alexa O’Brien, US Attorney General Eric Holder confirmed the Grand Jury investigation into WikiLeaks on 29 November 2010.

Indications that a sealed indictment awaited Assange were revealed by hacked emails from private foreign intelligence company Stratfor. Fred Burton, Stratfor’s vice-president of intelligence – whose name appears on one of the emails – is former chief of counter terrorism at the State Department ‘s diplomatic security service. 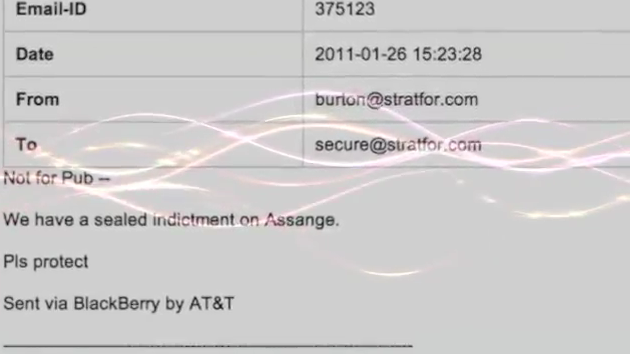 According to a US legal website, an indictment is:

A formal accusation of a felony, issued by a grand jury based upon a proposed charge, witnesses’ testimony and other evidence presented by the public prosecutor (District Attorney).

And a sealed indictment is:

An indictment that is sealed so that it stays non-public until it is unsealed.

Wikileaks published over five million Stratfor emails. Activist Jeremy Hammond was subsequently convicted and jailed for ten years for his part in the AntiSec hacking of Stratfor.

US diplomatic cables published by WikiLeaks show that the Australian embassy in Washington was aware that the US Justice Department was conducting an:

active and vigorous inquiry into whether Julian Assange can be charged under US law, most likely the 1917 Espionage Act

A compilation of documents by lawyer Julian Burnside provides an insight into how the Australian government preferred to handle questions about Assange. The documents include a summary statement. This states that according to the Sydney Morning Herald:

the Australian embassy in Washington reported in December 2010 that the Justice Department was pursuing an ”active and vigorous inquiry into whether Julian Assange can be charged under US law, most likely the 1917 Espionage Act’.

The summary statement adds that the Australian and US governments had been in regular contact regarding this since 2011.

Assange believed he was abandoned by Canberra. His lawyers said this became clear after Australian attorney general Nicola Roxon refused to get involved in extradition negotiations between the UK and US.

In June 2012, David House told the Grand Jury investigating WikiLeaks and its alleged dealings with Chelsea (then Bradley) Manning:

The show trial that is now underway in Alexandria VA has the potential to set a dangerous precedent for regulating the media. Using Nixonian fear tactics that were honed during the Pentagon Papers investigation, the DoJ is attempting to dismantle a major media organization–WikiLeaks–and indict its editor, Julian Assange.

You can despise Wikileaks and everything it stands for. You can think Assange is an evil spirit reanimated by Putin himself. But you cannot support the prosecution of a publisher for publishing without narrowing the basic rights every newspaper relies on. https://t.co/Hs5XH6Vmzz

It’s clear that knowledge of the sealed indictment and likely charges have been known by both private intelligence organisations and governments for at least eight years.

And should it proceed, the prosecution may prove to be a test of just how far the US will go to jail – or worse – a journalist and editor of a publishing house.

– Read the latest from WikiLeaks.