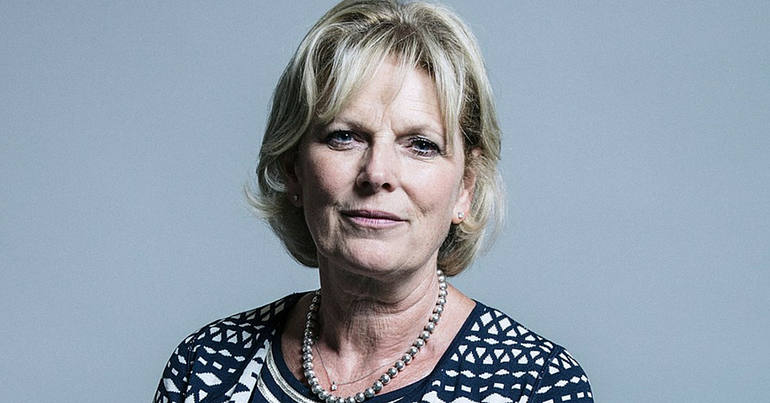 Anna Soubry recently took to Twitter to condemn the horrific effects of benefit cuts. But her hypocrisy was quickly exposed by users who reminded her that this is exactly what she voted for.

No ifs, no buts

Soubry responded to a story from the Times about Jean Godfrey, a woman whose granddaughter Emily Lydon suffers from variant Creutzfeldt-Jakob disease (vCJD – a serious brain disease). They may lose their home because of benefit cuts linked to Universal Credit.

The DWP made Lydon attend a work capability assessment. Following a review, the pair saw their joint benefits reduced from £720 a week to £342. Lydon received only £58 a week in Universal Credit, resulting in a £520 a week reduction.

No ifs no buts no excuses this is a disgrace & NOT what I voted for when supporting much needed benefit reforms. “Benefit cuts hit CJDv sufferer” a more compassionate headline BTW https://t.co/qILyBrC1Kp

But it was the “much-needed benefit reforms” by Soubry’s party in government that resulted in this situation. So Twitter users were quick to call out the Tory MP’s hypocrisy.

Soubry’s tweet received hundreds of responses, with many reminding her that this is exactly what she and her party had voted for:

Spare us your crocodile tears, Anna Soubry. YOU voted for welfare cuts and for the rollout of the botched and shambolic Universal Credit which is destroying lives across the country

YOU are COMPLICIT in the suffering of disabled people across Britain pic.twitter.com/r4SCHHD6M5

You voted to cut the benefits of people the DWP assessed as too ill or disabled to work. "British compassion for those who are suffering has been replaced by a punitive, mean-spirited, and often callous approach,”  said the UN Special Rapporteur. This is the result.

Even Soubry’s supporters were quick to condemn her stunning hypocrisy.

Hi @Anna_Soubry I have great respect for you+I appreciate all you do to oppose the damage of Brexit.On benefits,I completely disagree with you.From Oct 1st my severely disabled sister has to pay £38pw from her ESA,towards her care+this significantly impacts on her quality of life

Anna, in what world did you think that voting to deprive people of the basic help they need to survive would not impact their ability to survive? This tweet is a revelation of how aloof and utterly unaware even some of the most sympathetic Tories are. WAKE THE FUCK UP!

Soubry’s voting record shows that she has consistently voted against improving benefits for claimants. Indeed, she specifically voted “against paying higher benefits over longer periods of time for those unable to work due to illness or disability”. She also consistently voted against raising welfare benefits at least in line with prices. Instead, she voted for a reduction in spending on welfare benefits.

Soubry’s voting record on Universal Credit shows she is complicit in the suffering of people like Lydon and her grandmother. Soubry voted to introduce Universal Credit and Personal Independence Payments (PIP) and to remove limited capability for work (an additional payment if you struggle to work due to a health condition or disability) from Universal Credit. Soubry even voted against setting the lower rate of the Universal Credit payment in relation to disabled children and young people at a minimum of two thirds of the higher rate.

It would be very refreshing to see Soubry condemn benefit cuts and Universal Credit the next time she is in parliament. But judging from her voting record, we shouldn’t hold our breath. Britain needs real change, not fake compassion and empty promises.

– Write to your MP to demand the end of Universal Credit.

– Check how your MP has voted on welfare issues.