As Labour gets some great news, Britain's ultra-rich are bricking it - Canary 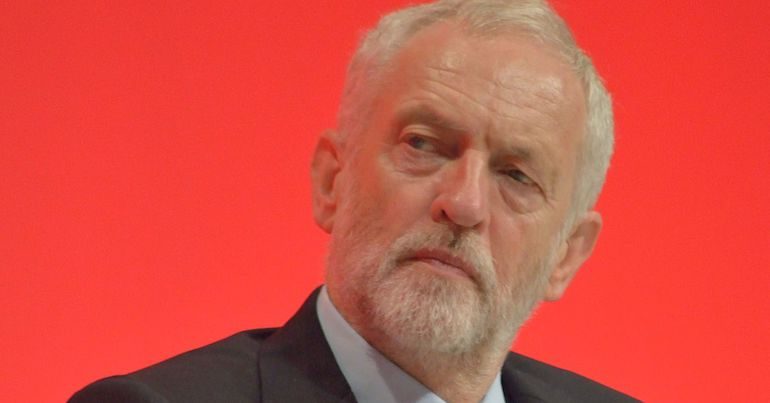 On 14 November, Theresa May finally announced the details of her Brexit agreement. Since then, the UK has plunged into chaos.

Theresa May is still prime minister, for now. She’s clung on after seven resignations followed the published deal. Meanwhile, Jacob Rees-Mogg led the call for a vote of no confidence. The latest polls have shown that support for May is at its lowest since she became prime minister. Now, Labour is ahead. And the UK’s ultra-rich seem terrified.

Two opinion polls on 17 November showed Labour in the lead:

And against the backdrop of Brexit chaos, the pound and stock markets plummeted:

The pound has gone on a wild ride as Brexit tumult grips the UK.

Check out our other Brexit charts on our new graphics explorer: https://t.co/caahPvJh8I pic.twitter.com/XMV6URLQLr

Shares in UK-focused banks and housebuilders were hardest hit by a stockmarket sell-off on Thursday, as investors abandoned companies with significant exposure to the UK economy in the midst of turmoil over Theresa May’s Brexit deal. pic.twitter.com/7WDrFkpd5q

For the people broken by eight years of Tory-led austerity and falling further into extreme poverty, these stock market numbers mean little. But for the ultra-rich, they are significant.

As Bloomberg reported, on 15 November, the “collective net worth of the 15 Britons on the Bloomberg Billionaires Index” was wiped out by $846m. But fears of a potential general election as a result of the Brexit chaos appears to be worrying the rich more than this loss. According to Dominic Samuelson, chief executive officer of Campden Wealth, which supports investors and wealthy families:

What keeps families inside and outside the U.K. awake at night is the risk of a Labour government.

Bloomberg reports that this is because a Labour government could “impose higher income and corporate taxes and introduce a wealth tax”. As Harinder Hundle from TwinFocus, which supports the ultra-rich, told Bloomberg, “ultra-high net worth individuals” should focus “on the political risk of a change in government”. And as Keith Johnston, a “wealth sector” expert, also told Bloomberg, the “general sense of dread” is now “being replaced by a more detailed understanding of the risks”.

According to previous Bloomberg reports, the super-rich are more concerned about a Jeremy Corbyn-led government than anything else.

May’s Brexit deal has caused chaos. And both the Conservatives and the ultra-rich are seemingly terrified of a potential Labour government. In the current political climate, it’s impossible to tell what will happen next.

Wages for chief executives in the UK have now hit an average of £3.9m. But as wealth for those at the top soars, the UN recently issued a damning report about extreme poverty in the UK. Ultimately, for the many millions of people who are not rich, the best outcome is most definitely a general election and a Labour government.

That can’t come soon enough, apart from for the richest people who are apparently bricking themselves over it.

– Firstly, join the fight against the root causes of today’s problems – austerity, and cuts. Join a union, activist group, and/or political party to make your voice heard.

– Join or support a co-operative. Also find out more about the ‘solidarity economy‘ – “a grassroots economy built by the people, for the people, and the planet” which “embodies the values of economic and social justice, diversity and pluralism, co-operation, self-management, and ecological sustainability”.