Identified, the jihadists who murdered and mutilated this Kurdish human rights advocate - Canary 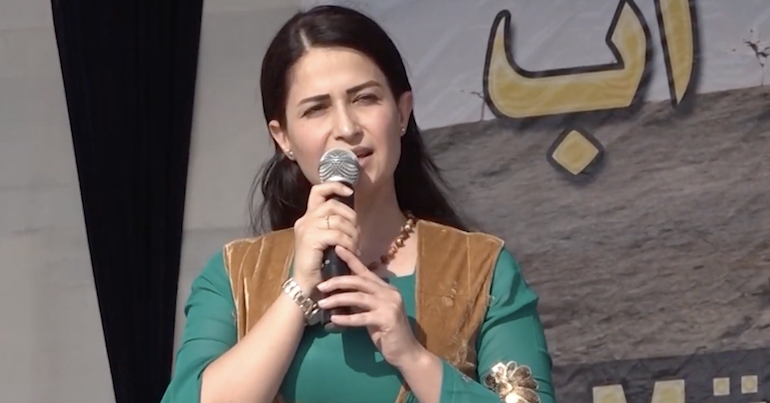 WARNING: this story contains very graphic videos and reports that some readers may find distressing.

Turkey’s undeclared war on the Kurds is supposedly now on pause. Though president Recep Tayyip Erdoğan’s objective remains: to ethnically cleanse a 30km strip of Rojava (the mainly Kurdish territory of north Syria). During the week that led up to the ‘ceasefire’, numerous Turkish-backed Islamist and jihadist brigades swept across the border in a terrifying killing spree. One of the more appalling killings was that of Syrian-based Kurdish politician and human rights advocate Hevrin Khalef. Her body was mutilated.

Khalef’s alleged murderers have now been identified and revealed together with militias believed to have committed similar atrocities.

According to the Rojava Information Center, Khalef’s killers were jihadists with the Turkish-backed Ahrar-al-Sharqiya brigade. This was separately claimed by the Syrian Democratic Council (SDC), the political wing of the Kurdish-led Syrian Democratic Forces (SDF).

The coroner’s report confirmed that Khalef was beaten and shot numerous times:

Turkish state media praised this as a "successful operation." pic.twitter.com/ttUGAnBMaV

According to one report, Khalef was raped and stoned to death, though this has not yet been confirmed:

#BREAKING:
Kurdish Human right activist & The secretary-general of the Future Syria Party,Ms #Hervin_Khalaf ,has been raped & then stoned to death by #Turkey backed Jihadists near #Hasakah during Turkey's ethnic cleansing operation against #Kurds in Syria. @brett_mcgurk #amnesty pic.twitter.com/tQDUjmaZDe

Jihadists from Ahrar-al-Sharqiya are shown here from the earlier invasion of Afrin: 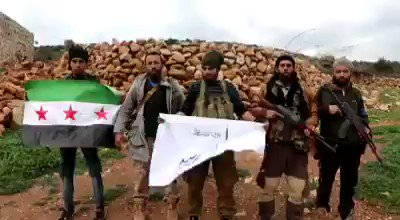 When the lifeless body of Khalef was presented to Suad Mohammed, her mother, she said:

I moved a cloth that covered her chest and face and found nothing left from her body but a small piece from her jaw.

If this world believe in basic human rights, they should help me to bring those who killed my daughter [to justice].

Despite the so-called ceasefire, the Rojava Information Centre (RIC) told The Canary that, according to a team on the ground near Sere Kaniye, attacks are continuing:

There are civilian wounded from shelling in surrounded villages. Turkish forces have entered village of Bab-al-Xer and are attacking Dawidye

On 18 October, RIC said that according to a YPJ commander:

Turkish-backed factions are reassuring one another over radio that they will not back down or stop fighting even if there is a ceasefire.

One of the RIC researchers:

spoke to Yusuf, 32, at the checkpoint on the way into Til Temir today. He confirmed that Turkish-backed jihadists attacked the village of Bab-al-Xer near Abu Rassen, where he and his family had fled, driving them out again.

Injured people from today’s clashes arriving at Til Temir hospital right now, one has just arrived from dawudi village after being struck by a drone, bodies two people killed today in this hospital.Co-chair of local health authority says eight died as a result of these attacks.

What is clear is that Turkey is bringing forward more jihadi forces to strengthen its ranks on the front.

On the same day that Khalef was murdered, this video was posted:

It’s also claimed that Turkish forces shelled a convoy of 200 vehicles, transporting civilians, including journalists. Upwards of 14 people are reported to have died and potentially as many as 100 wounded:

Turkish bombardment on civilians on the road to serikaniye. pic.twitter.com/XnAa4oT3bR

Now Turkey, which allegedly has previously deployed chemical weapons against Kurds, is accused of using white phosphorus via proxies again:

This isn’t the first time Rojava’s faced attack from Turkish-led forces. Fowza Youssef, Kurdish politician and board member of the Democratic Federal System for Rojava-Northern Syria, described what happened when Turkish-backed jihadists invaded Afrin in 2018:

Women were kidnapped, force-married and raped by mercenaries run by Turkey. [Most of the women living there] now are wearing veils, and are under tremendous emotional and physical pressure.

One of the most horrifying atrocities reported was the mutilation of the body of a member of the mostly Kurdish YPJ (Women’s Protection Units):

In other words, the same pattern of misogynistic and barbaric behaviour as practised by Daesh (Isis/Isil).

Who are the Turkish-backed jihadists?

The 35,000 strong so-called Free Syrian Army (FSA) are Sunni Muslim Arab and Turkmen that include a number of militias under the banner of the Turkish-backed National Army (TNA).

The main jihadist factions are Sultan Murad Brigade, Jaysh-al-Islam, Hamza Division and Ahrar al-Sharqi-ya, Liwa al-Mu-tasee, Faylaq al-Sham, Ferqa 55, Levant Front, Afhad al-Rasul, Northern Storm Brigade, and Badr Martyrs Brigade. The latter is understood to have been responsible for the deaths of more than 203 civilians, including children in Aleppo over six months in 2014.

The fascist and ultra-nationalist Grey Wolves are believed to have been responsible for the massacre of hundreds of civilians and also participated in the assault on Afrin. And there was a further damning report regarding TNA crimes against women by Global Rights.

According to one report, Turkish-backed jihadists freed Daesh prisoners who were guarded by Kurds. The Independent also reported how a former Daesh fighter has claimed that his associates are now with the TNA.

One Twitter user has suggested that Daesh has re-grouped and utilising armoured vehicles provided by Turkey:

Rojava has forged a green democratic revolution in the middle of Syria’s war. Its system is feminist, socialist, and opposes all religious and ethnic discrimination. It played a key role in defeating Daesh in Syria, receiving limited support from the West.

Essentially, the war waged on Rojava by Turkey is about not just ideological differences but ethnic cleansing, as admitted by Erdoğan:

#Turkey's President #Erdogan said today he does not consider #YPG people as human beings in the first place, not interested whether they are Kurds or not, described them as terrorists. Then he added that he is not a racist. pic.twitter.com/rRkV3lMq3s

Turkey isn’t only backing Syrian-based jihadists, there is considerable evidence it has backed Daesh too. What is also clear is that Turkish-backed forces have committed war crimes, both in recent days, but also in Afrin and Aleppo.

Justice should be served.