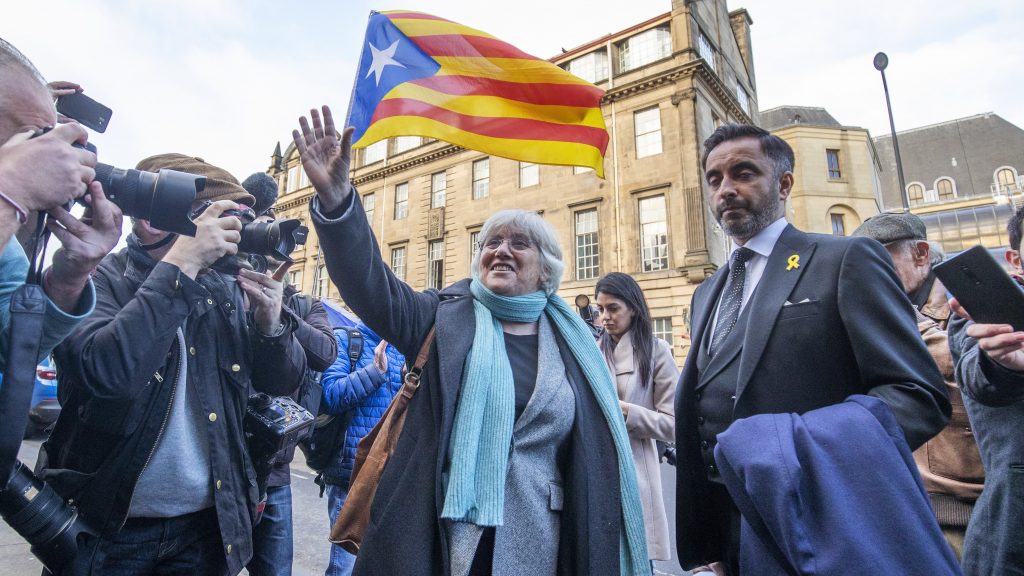 An academic facing extradition to Spain is to appear in court in Edinburgh.

Clara Ponsati faces a charge of sedition over her role in Catalonia’s independence referendum in 2017.

She is due to appear at Edinburgh Sheriff Court on 5 March for a further preliminary hearing.

Her legal team previously argued she will have legal immunity if she becomes an MEP as a result of Brexit.

Five seats in the European Parliament were given to Spain due to the UK leaving the EU in January.

The University of St Andrews academic became an MEP as a result.

Arguments on 5 March are expected to centre on the competency of the warrant and issues surrounding dual criminality, which relate to whether the law is an offence in both countries.

It is expected the hearing could last up to two days.