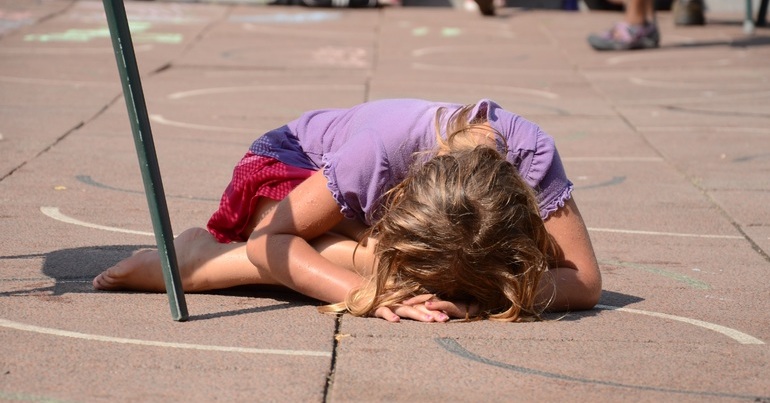 A new report from leading doctors has issued a “major wake up call” about the shocking impact of Tory rule on a generation of babies, children, and young people. Above all, the report highlights the rising levels of inequality and poverty our children are facing. “Health outcomes for children from disadvantaged backgrounds”, the report found are, “up to four times worse than those from more advantaged backgrounds”. And the report shows the heartbreaking physical and mental impact on the rising numbers of children living in poverty.

On 4 March, the Royal College of Paediatrics and Child Health (RCPCH) published the State of Child Health 2020 report. This is “the largest ever compilation of data on the health of babies, children and young people” in the UK. The RCPCH consulted over 80 different health bodies, charities, and child health experts and the report examines “28 measures of health outcomes, ranging from specific conditions” to wider risk factors.

State of Child Health highlighted that in many areas of health and well being, compared to previous reports in 2014 and 2017, “progress has stalled, or is in reverse”. As a press release notes, this is “something rarely seen in high income countries”. It continued:

Across most indicators, health outcomes are worse for children who live in deprived areas. Inequalities in some outcomes have widened since the last State of Child Health report in 2017.  Progress has also been seriously affected by deep cuts to local authority budgets – used to finance public health initiatives and community services

The 2020 results show an alarming rise in children’s mental health and increased numbers of suicides. Meanwhile, for the first time, this report included child poverty as a new indicator to measure health.

The report established that in the UK, 4.1 million children now “live in relative poverty”. This is an increase of 500,000 children since previous reports. It also found that:

Across the UK, rates of child poverty have increased for all types of working family. Lone parents working part time and households with only one working parent have seen the sharpest increases in poverty over the last three years.

Nearly half of children (47%) in working lone parent families live in poverty.

Clinical lead for RCPCH and co-author of the report Dr Ronny Cheung said:

The harsh reality is that, in terms of health and wellbeing, children born in the UK are often worse off than those born in other comparably wealthy countries. This is especially true if the child is from a less well-off background.

New data shows that the UK is “fifth from bottom among 27 European countries” for infant mortality. This is the number of children who die under the age of one. But in England and Wales, the rate was also “more than twice as high in the most deprived areas compared with the least deprived”.

“Infant mortality,” Cheung said, “is a globally-recognised sign of how well a country is looking after the health of its citizens”. He also pointed out that:

Throughout the world, the number of babies dying in their first year has been steadily falling for decades, as incomes rise and mothers and children receive better healthcare. Yet UK infant mortality rates have stalled, and in England they actually got worse between 2016 and 2017. For a high-income nation such as ours that should be a major wake up call.

“This is simply not acceptable”

In a country like ours, every child should have the chance to grow up healthy, no matter what their background is or where they live.

“But today’s findings,” Ainsley continued, “paint a troubling picture” which “is simply not acceptable”. She also pointed out that in order to “break poverty’s grip on children’s health across the country” we need “real investment” in “professional health support” for families. In addition, “ensuring that there is a clear route out of poverty for this generation and the next” is crucial. Ainsley added:

We need approaches to go beyond the NHS and tackle the root causes of parental poverty with good jobs, decent housing and a social security system that is a public service we can all rely on.

Co-author of the report and community paediatrician Dr Rakhee Shah also called on Boris Johnson’s government to ‘prioritise’ major “investment in preventative health services”. Shah pointed to the “huge decline in spending on local services” in England and continued:

I see the results of that every day of my working life especially for my most disadvantaged patients. The cuts to services also have an impact on our NHS – people have fewer places to go to get advice, support, and stay well.

“We’ve got a lot of work ahead of us,” professor Russell Viner RCHP president said, “if we’re to get a grip on the state of child health in the UK”. Noting that this report is the only one to give “the full picture” about children’s health, he said, “it’s not a pretty sight”.

The report makes a number of key recommendations which include a new strategy to “address and monitor child poverty and health inequalities”. The authors also ask the government to restore £1bn “of real-terms cuts” to local authorities and invest in services for children and young people.

In many areas of healthcare, we’ve led the rest of the world. But we’re in danger of failing a generation if we don’t turn this situation around. The government has made welcome commitments on childhood obesity and young people’s mental health but we need to see delivery in these and other areas. We have the evidence, the experience and the expertise to make real progress in the life of this government. It’s now time to deliver for children and young people.

The RCPCH findings come just a week after another major report from professor Michael Marmot. That also found alarming links between the difference in life expectancy at birth between the least and most deprived communities. The evidence about the impact of Tory-led austerity on the poorest communities is building. And it paints a damning picture that demands urgent action.