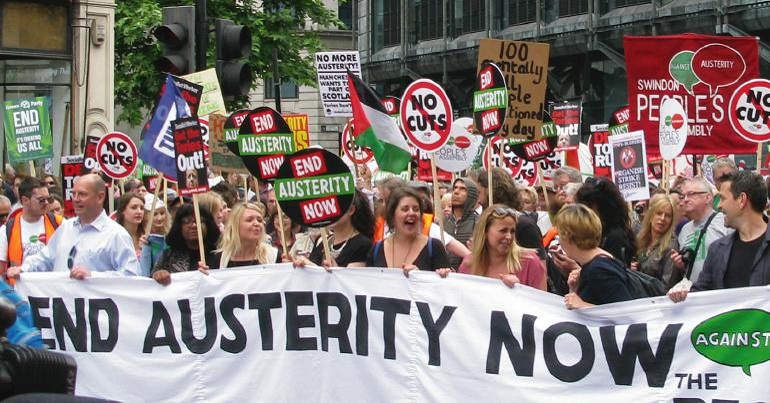 A Labour-led council has just passed what’s being called a ‘no cuts’ budget. It defies the Tory-led austerity being rolled out by central government. But will this bold move be enough? And is it really a ‘no cuts’ budget?

Wirral Council is Labour-led. The party doesn’t have a majority, though. So it has to get the support of other parties to make any major changes. And on Monday 2 March it did just that.

As the WirralGlobe reported, after a debate which allegedly saw tempers fray, the council finally passed its budget for the next financial year. It got through with a decent majority, by 43 votes to 21. But the Tories on the council did their best to stop it.

In what the Globe called a “hostile debate”, mud-slinging went on between the Tories and Labour. Conservative councillor Ian Lewis said the Labour-led budget showed the party had “run out of steam”. But as the Globe reported, the Labour council leader Pat Hackett:

lambasted the government’s ‘Fair Funding Review’, which he said will see hundreds of millions of pounds taken away from social care budgets in deprived areas of the north such as Wirral, while councils in leafy Tory shires such as Hampshire and Buckinghamshire will get more money.

For Cllr Hackett this meant the government was ignoring the most deprived parts of the borough, which need the council’s support the most.

With the support of Green and Lib Dem councillors, Labour got its budget through. It will, according to Hackett, protect key services. But the backdrop to this budget has been equally as fraught as the debate itself.

As the Globe previously reported, fiery exchanges between Labour and Tory councillors have been happening for a while. Previously, Labour councillor Janette Williamson said:

The Labour administration has been determined not to allow Tory austerity to damage Wirral or lower our ambitions for our borough.

This is despite the council losing £250m from its budget since 2010. But with Labour saying this is a ‘no cuts’ budget, yet still making claw-backs of £32m, is this really opposing Tory Austerity? Because despite the claims, there are still cuts.

The council has inadvertently made savings due to people dying younger. That has saved it £7m in contributions to the pension fund. And moving vulnerable children to cheaper services could be a recipe for disaster. Moreover, “more independence” in adult social care may well be a code word for ‘less support’. For example, 23% of disabled people with the highest support needs have already seen cuts to their social care packages.

So, in reality, all Labour-led Wirral Council has done is paper over the short term cracks appearing in Liverpool.

But with the Tories having shaved nearly 50% off central government funding for councils since 2010/11, it’s little wonder services feel the strain. With one in three children living in poverty in the Liverpool City region, the area is at the sharp end of austerity. So, Wirral Council’s move is to be welcomed; albeit cautiously.