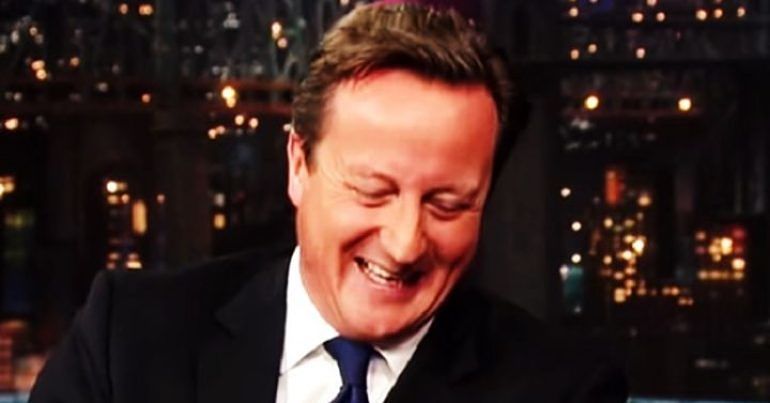 And with more corruption scandals emerging on an almost weekly basis, it’s clear that this scandal is just the tip of the iceberg.

Cameron and the Greensill affair

The inquiry will look into a meeting Cameron organised between Greensill founder Lex Greensill and health secretary Matt Hancock. Also, after Cameron contacted a “senior adviser to Boris Johnson”, it’s claimed the Treasury “reconsidered Greensill’s application for an emergency coronavirus (Covid-19) loan”. In the end the application was rejected.

Cameron’s concerns about Greensill were also personal, in that he held shares in Greensill’s company. After the company collapsed, those shares were rendered worthless. Had events turned out otherwise, Cameron was “in line to profit from a $30m (£21.8m) employee benefit trust registered [offshore] in Jersey”.

Questions have been raised about the suitability of Nigel Boardman being appointed to investigate lobbying activities Cameron undertook on behalf of Greensill. There are a number of reasons to question Boardman’s suitability for the role, in particular his closeness with the Conservative Party and the scandal itself.

For example, Boardman is a senior consultant at the law firm Slaughter and May. Its lawyers worked “as an integrated team with Treasury legal advisers” in setting up the Covid Corporate Financing Facility (CCFF). This is the very scheme to which Greensill applied for a loan.

Lord Paul Myners points out that Boardman is also a non-executive director of Business, Energy and Industrial Strategy, the government body that oversees the British Business Bank.

And as chair of the Audit and Risk Assurance Committee, it could be argued that Boardman has been appointed by Johnson to investigate himself:

Interestingly Boardman is responsible for seeing that govt contracts & business was carried out properly – so in a sense Boardman has now been tasked with investigating his – and his employer’s – the Govt – own failure.

Cameron personally appointed Boardman to the British Museum trustees, to which he is now deputy chair:

Boardman knows Cameron well as he was personally appointed by Cameron to the highly prestigious British Museum trustees.

Boardman was also implicated in fee gouging in the Carillon bankruptcy.

Nigel Boardman is the son of the late lord Thomas Boardman – a Tory MP, minister, peer, honorary treasurer of the Conservative Party, and Confederation of British Industry council member.

According to one estimate, Nigel Boardman is worth over $1bn.

However, Pickles may himself be conflicted in that he’s president of Enterprise Forum (EF). The EF aims “to improve the quality and flow of information between the business community and the Conservative Party”. The chairman and founder of EF is Andrew Cumpsty who is also on ACOBA.

Meanwhile, Tory MPs voted against a Labour proposal for a parliamentary inquiry into lobbying.

As previously reported, from September 2015 Bill Crothers was a part-time adviser to Greensill. This was while Crothers was working as the government chief commercial officer until November of that year. But he neglected to seek clearance about his Greensill role from the government’s Advisory Committee on Business Appointments (ACOBA).

Later, Crothers was appointed director of Greensill Capital and acquired shares potentially worth around £5.8m. Reportedly, in 2019 Crothers attended a meeting over drinks between Lex Greensill, Hancock, and Cameron. It was at this meeting that a payment scheme for NHS staff was brought up. Subsequently, NHS Shared Business Services commenced a pilot scheme for payments with Earnd, a mobile app owned by Greensill.

Furthermore, it has emerged that:

Former Morgan Stanley banker David Brierwood was brought into the heart of government during David Cameron’s administration in 2014, the same year Greensill’s founder Lex Greensill apparently took on a similar role. Two months later, Brierwood was recruited to join Greensill Capital’s board as a director.

Meanwhile, more questions regarding senior Tories and corruption have surfaced in recent days.

For example, it’s been revealed that health secretary Matt Hancock has at least a 15% share in Topwood, a company owned by his sister Emily Gilruth. NHS Wales “reportedly awarded the firm [Topwood] £300,000 worth of contracts”. According to HSJ, Companies House records show that Topwood shares are divided between Hancock, his sister, and her husband.

A Byline exclusive reported that:

57 contracts – worth some £944 million – have been awarded to 15 companies with directors, or people with controlling interests over these companies, who have donated £12 million to the Conservative Party

Altogether, more than 2,000 contract awards and counting were logged. Byline added that its ‘scorecard’ did not include:

the up to £1.15 billion in two COVID-19 contracts that have been awarded to Global Access Diagnostics. One of the firm’s directors, Ali Siddiqui, appears to have donated £8,000 to the Prime Minister’s brother, Jo Johnson, in 2017

The Good Law Project has expressed concern about the number of “hidden” coronavirus contracts awarded to firms and which are yet to be fully disclosed.

Cameron is no stranger to controversy in regard to his family’s financial dealings. His late father Ian helped set up Blairmore Holdings Inc, which was listed in the leaked Panama Papers.

According to its 2006 prospectus, Blairmore Holdings was set up in order to evade taxes in the UK:

The Directors intend that the affairs of the Fund should be managed and conducted so that it does not become resident in the United Kingdom for United Kingdom taxation purposes.

Two years after Ian Cameron’s death in 2010, the Blairmore Holdings fund was worth £25m. He reportedly left an estate worth £2.7m, including £300k in cash to David Cameron, which was “just under the inheritance tax threshold at that time”.

A question of ethics

It’s not yet proven that the individuals or organisations named above acted illegally, though whether they acted ethically is another matter. Meanwhile, Cameron denies breaking the law.

There will likely be many more scandals. As to the outcome of the investigations into these scandals, they’ll undoubtedly conclude that lessons must be learned and rules tightened, etc.

In other words, business as usual.