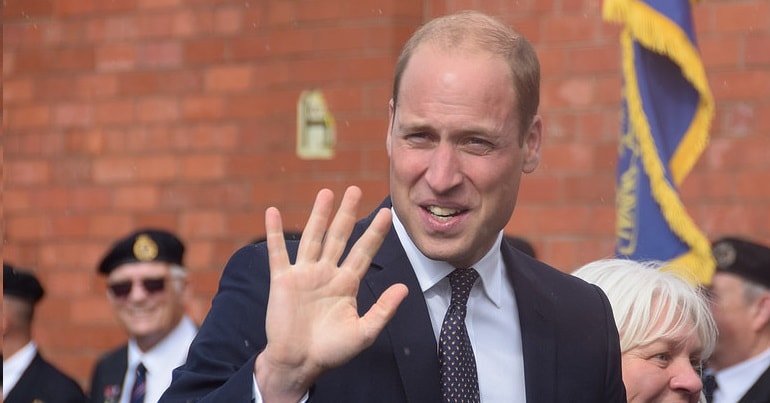 Prince William has enraged Israel by spreading truth on Palestine. William plans to visit Israel as part of a trip around the Middle East. In a statement on the matter, Kensington Palace referred to East Jerusalem as “occupied” by Israel’s government. And Israeli officials aren’t happy.

It is regrettable that in Britain they chose to politicize the royal visit. United Jerusalem has been the capital of Israel for 3,000 years and no distortion in the tour itinerary can change that reality.

But only in 1980 did Israel pass a law declaring Jerusalem “complete and united”, in violation of international law.

The statement from Kensington Palace read:

The… programme in the Occupied Palestinian Territories will begin with a short briefing on the history and geography of Jerusalem’s Old City from a viewing point at the Mount of Olives.

William will be the first royal to make an official visit to Israel and occupied Palestine.

Back in March, the British embassy in Tel Aviv drew criticism by editing a announcement from Kensington Palace. In a Hebrew press release, the embassy edited out the word “occupied” from the initial statement.

The Conservative government is supportive of Israel despite its apartheid policies against Palestinians. Recently, the prime minister faced criticism for her apparently weak response to Israel’s violent suppression of Palestinians. Since demonstrations began against the ongoing occupation on 30 March, Israel has killed at least 127 Palestinians and injured thousands more.

While monarchy itself is at odds with democracy, it’s positive to see Kensington Palace talk straight on the occupation in East Jerusalem. What’s strange is that calling a spade a spade is controversial to Israeli officials, who seem angry at people who don’t join them in whitewashing Israel’s crimes.

We must make sure the truth of the occupation is heard.