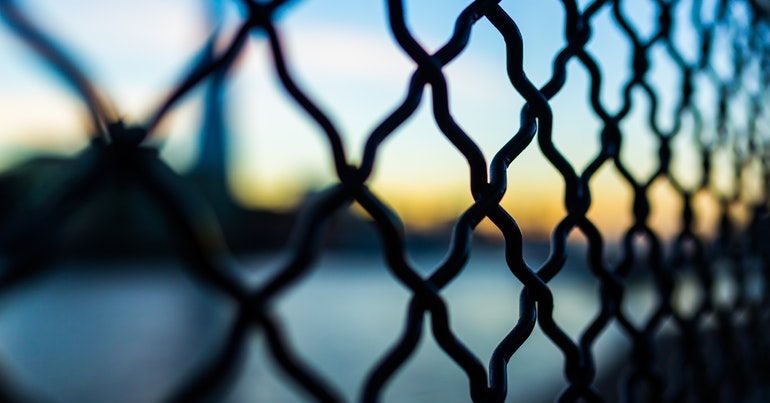 Investigative journalists at Reveal uncovered a story showing that migrant children in the US have reportedly been forcibly drugged. The story was based on legal documents. But Facebook tried to block the spread of the story, claiming the content was political and not journalistic.

Children “injected with medications that make them dizzy, listless, obese and even incapacitated”

President Donald Trump’s zero tolerance policy is creating a zombie army of children forcibly injected with medications that make them dizzy, listless, obese and even incapacitated, according to legal filings that show immigrant children in U.S. custody subdued with powerful psychiatric drugs.

And it posted a summary of the story in a series of tweets:

1/ Immigrant children have been forcibly injected with powerful psychiatric drugs at one of the U.S. gov't shelters, Shiloh Treatment Center outside of Houston, according to court documents and interviews. https://t.co/Ve4XSyRw5N

These clearly backed up the fact that the story was based on legal documents:

2/ Children report being held down and injected.

The lawsuit alleges that children were told they would not be released or see their parents unless they took medication and that they only were receiving vitamins.https://t.co/k8KiTiZQbO

4/ A child described trying to open a window and being hurled against a door by a Shiloh supervisor, who then choked her until she fainted.

6/ Another child recounted being made to take pills in the morning, at noon and night.

The child said “the staff told me that some of the pills are vitamins because they think I need to gain weight. The vitamins changed about two times, and each time I feel different.”

He was alarmed. "That's like the old Soviet Union used to do."

Trump’s latest executive order claims children will no longer be separated from their parents. But, there’s no clarity about what happens to the existing detained children. As the Guardian reported:

It is unclear what will happen to the children already separated… Some critics have suggested the policy of separation may have already “orphaned” a number of children from their parents.

In short, Reveal‘s report adds to the concerns about both the conditions these children are held in and their mental distress. But it met resistance from Facebook, which claimed the story couldn’t be boosted because it contained “political content”. Reveal was quick to question this decision:

Didn't you go over this with @ProPublica recently? https://t.co/kMCOzWanAY pic.twitter.com/3mSViK3sdv

Facebook is rejecting a @Reveal story as "political content." It's about children at detention centers allegedly being drugged.

It also looks like many online media outlets are facing similar issues.

The Reveal story has now been widely covered, which settles any arguments levelled against it based on reliability. But Reveal‘s Andrew Donohue praised people’s scepticism nonetheless:

People who discover our stories for the first time on Twitter so often ask, "Is this reliable?"

I love the skepticism. Keep it up. You'd be good reporters.

And Reveal is keeping up its important work, releasing a harrowing audio recording from one of the drugged children:

Listen to this voice. It’s the voice of the child who was drugged without his consent or the consent of his mother for nearly six months.

Responding to this case, Facebook’s Rob Goldman clarified that the issue was Reveal trying to boost its post so more people saw it, and highlighted Facebook’s apparent push for greater ‘political transparency‘:

Pages have to authenticate (it's easy to do) to run ads with political content to prevent election interference. News and advocacy are different, and we'll be showing them separately in the transparency archive — but we flag both to prevent workarounds for bad actors.

Transparency is a big priority for us to help prevent election interference. But this ad, not the story, was flagged because it contains political content. Soon we’ll launch a separate section in our archive for news ads about politics, which we agree is different than advocacy.

And to be clear: we consider ads to be any kind of content that Facebook is paid to show. Boosted posts, sponsored posts and promoted posts are all ads.

But as one commentator put it:

Companies, meanwhile, are profiting from the Trump-made crisis. According to Reveal, this includes the centre where the alleged abuse took place:

Shiloh has contracted to house immigrant children since 2013. Last year, the most lucrative yet under its agreement, Shiloh collected $5.6 million.

And we need to hear the truth. But Facebook’s dominant role in the digital news landscape is problematic.

CEO Mark Zuckerberg – who is now “the richest he’s ever been” – faced questions recently in the US and Europe over Facebook’s continued growth and data mismanagement. But far from providing answers, Zuckerberg’s responses created more questions. As the Guardian reported:

There is so much we don’t know about Facebook. We know we have a corporate monopoly that has repeated serious violations that are threatening our democracy. We don’t know how their algorithm treats news organizations or content producers.

Apparent attempts to stifle Reveal’s story are deeply concerning. Every day, it looks increasingly likely that we’re walking into a dangerously Orwellian future. And the only way to counter this is to keep sharing information. Because it’s likely that the global outrage against Trump’s policy played a part in his latest executive order.

So when Facebook resists the spread of stories about the horrors faced by detained children, we need to take a stand. Because collectively, we do have a voice. And it’s a powerful voice, which we need to use to shout ‘don’t silence us’.