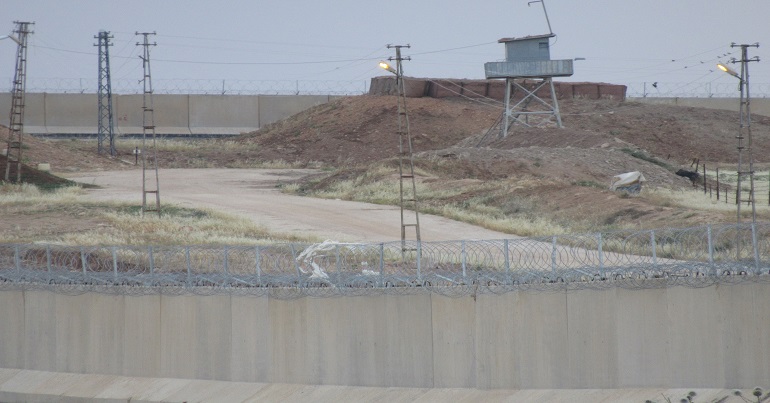 The author of this article is Conor Mason (pseudonym) – an international volunteer with the Kurdish Red Crescent (‘Heyva Sor‘) aid organisation based in northern Syria.

Turkey has built a massive wall on its border dividing Kurdish communities that live in northern Syria and southern Turkey. Human rights campaigners and refugee advocates have slammed Turkey over this, but mainstream media outlets have largely ignored the story.

Completed in June 2018, the 764km wall is built from seven-tonne concrete blocks, topped with razor wire. It is reminiscent of the barrier erected by Israel in the Occupied Palestinian Territories. Turkish state media agency Anadolu, meanwhile, has boasted that the wall possesses an array of military hardware including “thermal cameras, land surveillance radar [and] remote-controlled weapons systems”.

The first section of the wall went up in 2013, dividing the Kurdish communities of Qamişlo (Syria) and Nusaybin (Turkey). Local people dubbed it the “wall of shame” and resisted its construction.

Berhev, a resident from the Qamişlo side, told The Canary:

We were against it. Every neighbourhood demonstrated against it. In our commune we gathered and [marched] to the wall. But the [Turks] didn’t care about us.

The wall has a bloody history. Just metres from the towering concrete blocks is a cemetery with a memorial statue of a young boy, 12-year-old Beşir Remezan. He was shot and killed by a Turkish sniper in October 2014 during a demonstration against the wall. 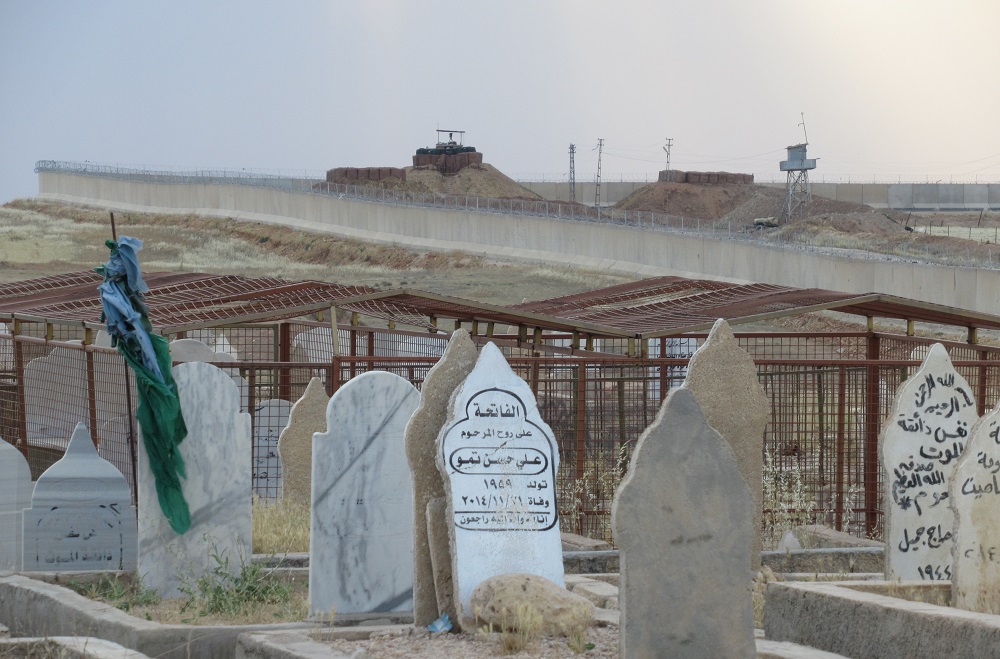 Berhev explained that “he was our neighbour and a friend of this boy”, pointing to a child sitting in our group. The boy spoke up:

Yes, he was my friend. They shot him through the neck. My parents were with him when he died.

Murder at the Turkish wall

The murder of Beşir Remezan was not an isolated incident. Turkish border guards essentially have a ‘shoot-on-site’ policy towards people approaching the crossing.

Many people have already died trying to cross. We go to help people who [have been] shot at the border.

He described one incident during the construction of the wall:

In Tirbesipye, about 15 people were trying to cross. All of them had been shot. Some died. I brought two girls [aged 17] who had been shot in the leg in the ambulance. They had been lying in the cold all night.

It’s a problem for us because we might be shot as well. 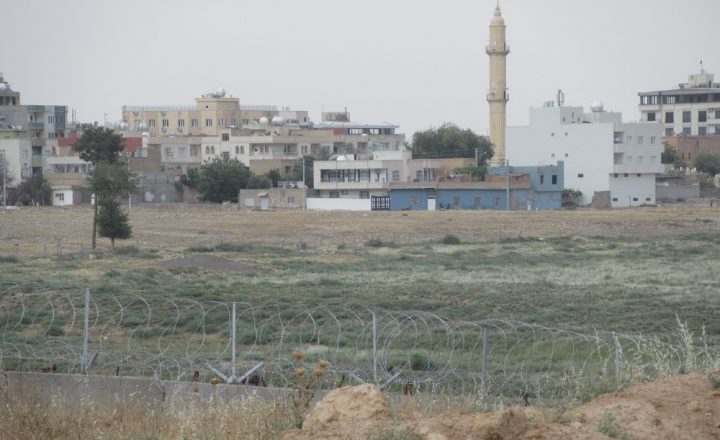 In recent years, millions of people have fled from Syria to escape attacks by the regime of Bashar al-Assad and Daesh (Isis/Isil) terror gangs. Many displaced Syrian Kurds found help in majority-Kurdish towns and villages in southern Turkey.

The refugee crisis has been made even worse by the military aggression of Turkish President Recep Tayyip Erdoğan. In January, Erdoğan ordered the illegal invasion of Afrin, a city and region in the Democratic Federation of Northern Syria (aka Rojava). The UN said in March that 126,000 people “remain displaced” because of the Turkish-led attack. Displaced families are being prevented from returning, and disappearances of ethno-religious minorities continue to occur since the invasion.

The principle of ‘non-refoulment‘ prohibits countries from rejecting asylum seekers at its borders when that would expose them to the threat of persecution, torture, or threats to life and freedom. But Turkey is using lethal force to turn back asylum seekers. Human Rights Watch (HRW) has documented these crimes. Senior HRW researcher Gerry Simpson says:

While senior Turkish officials claim they are welcoming Syrian refugees with open borders and open arms, their border guards are killing and beating them.

Turkey is expanding its border wall to further isolate Kurdish communities (divided mostly between Turkey, Iraq, Iran, and Syria) from each other. This is with the apparent blessing of the Iranian Foreign Ministry, as more giant concrete slabs are also being erected to seal off the 144km Turkish border with Iran.

Syrian Kurds are surrounded by hostile forces and need support. Erdoğan’s regime has already been accused of committing anti-Kurdish war crimes in Turkey, and has also been ramping up military attacks against Kurds in Syria and Iraq. Assad, meanwhile, has threatened to retake the north “by force” should “negotiations” fail. And tragically, the Kurdish Regional Government (KRG – in Iraqi Kurdistan) to the east stands in political opposition to the democratic movement in northern Syria. Under pressure from Turkey, the KRG – led by Nechirvan Barzani – continues to impose a crippling embargo on Rojava preventing vital supplies from reaching the people.

Britain and other Western powers have been at best silent about, and at worst complicit in, Turkey’s attacks on majority-Kurdish communities. Popular resistance both inside and outside of Kurdistan is key to stopping the attacks and defending the refugees that the Turkish onslaught is creating.

Note: Conor Mason is a pseudonym used for reasons of safety and security. Dr Goran’s name was also changed for his safety.

– Join The Canary so we can keep reporting on issues like Rojava and Kurdish rights. And see Canary Global editor Ed Sykes’ introduction to his book about Rojava here.