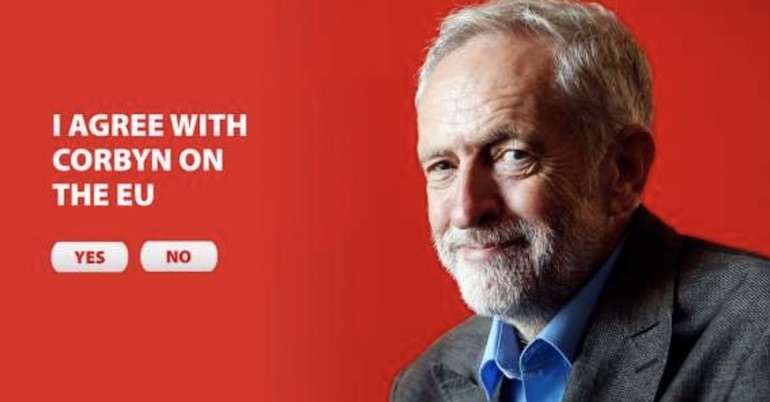 On 23 June 2016, the UK voted to leave the EU. Subsequent Brexit negotiations have been in chaos. Just over two years later, Theresa May announced that the UK will stockpile food because a no-deal exit seems increasingly likely. Added to this, Vote Leave was fined £61,000 and reported to the police for breaching election laws.

Several Leave campaigns advertised on Facebook in the run-up to the referendum. And now, leaked documents have revealed quite how sinister some of those adverts really were. From smearing Jeremy Corbyn and using alarming immigration ‘statistics’ to emotive images of dead whales, much of the Leave campaign truly was ‘Project Fear’.

On 19 July, Facebook sent details [pdf] of the adverts used by a number of key Leave groups to parliament. They were produced [pdf, p1] by AggregateIQ (AIQ), “on behalf of the Vote Leave and ‘50 Million’, BrexitCentral/BeLeave and DUP Vote to Leave campaigns”. According to the BBC, they were viewed over 169m times and cost over £2.7m. But many of the ads didn’t declare who placed them, or what they were for.

On 26 July, several of the ads appeared on social media, including this one of Corbyn: 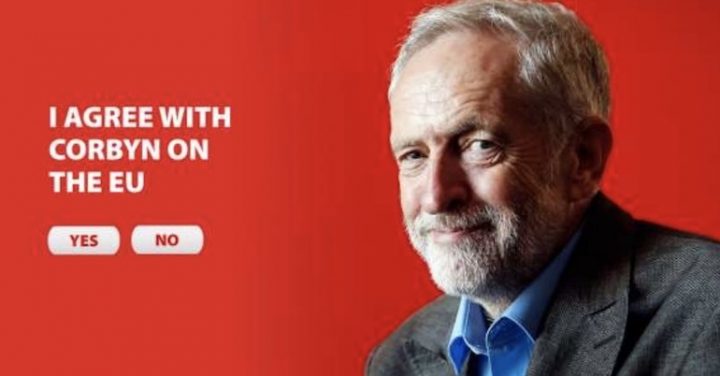 Advertising was used for data gathering during the referendum campaign. Dr Andrew Mullen, senior lecturer in international relations and politics at Northumbria University, writes that:

the Leave and Remain campaigns also used the internet and social media for intelligence gathering purposes to construct detailed and personalised voter profiles… data was then used to compile target lists for digital advertising, door knocking (e.g. Get Out the Vote operations) and telephone contacts.

But there’s no clue in the copy of many of the adverts to indicate the source, or that one click may give personal information away.

The content of the ads has provoked widespread concern:

Wow. Look at the targeted ads run on FB by Aggregate IQ for Vote Leave in 2016.

The vote swung from Remain to Leave on the last day. Why did they spend hundreds of thousands on these if they didn't work?https://t.co/3C2WfXlJ7a pic.twitter.com/9SiV1YW07A

As Sophie Germain pointed out, the ads also played a far more sinister game. Because while some were anti-Corbyn, others appealed to people who support unions:

Here's an anti-Corbyn Vote Leave ad — and here's one targeting ppl sympathetic to unions & labour rights. How can it be both?

Whatever it took to win. pic.twitter.com/VpdaoGpQTU

It seems that this strategy worked. Mullen went on to say that:

The ads go further. Many play on the fears that came to dominate the referendum campaign throughout. 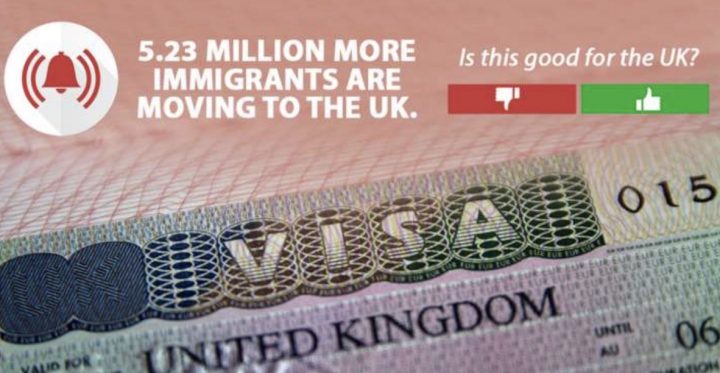 Look at this one!! No words, just images. The darkies are coming! And – remember – this was from Vote Leave. Which was supposedly the non-racist campaign. They got taxpayers' money to pay for this fyi. And they the DELIBERATELY BROKE THE LAW by leaving off who paid for it. pic.twitter.com/hqvCB3DyGx

Here's a range of disinformation about Turkey that Aggregate IQ put on Facebook on behalf of Vote Leave.

How is anyone supposed to know it's false? pic.twitter.com/E1QO4L5boa

Some played on fears about the NHS: 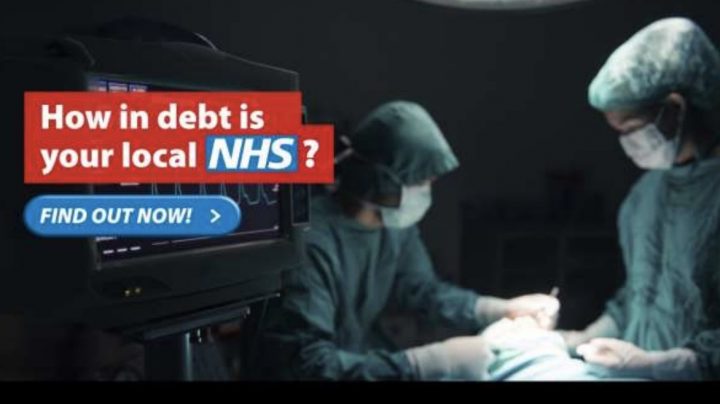 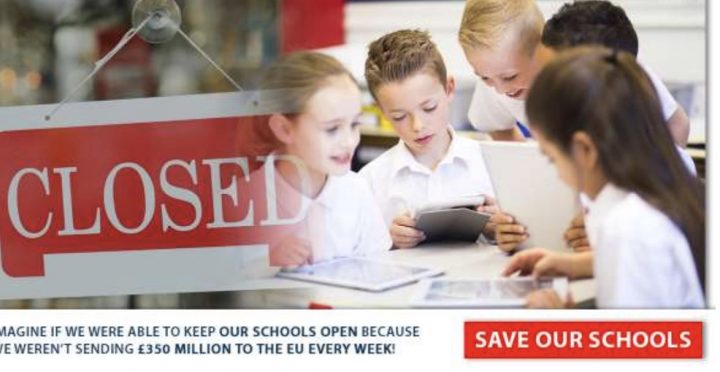 And some ads were even more emotive: 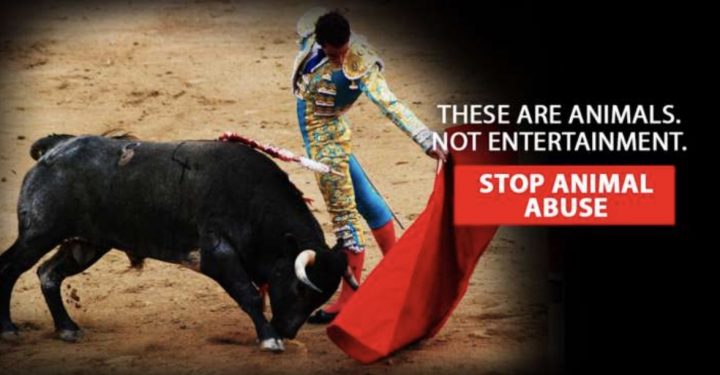 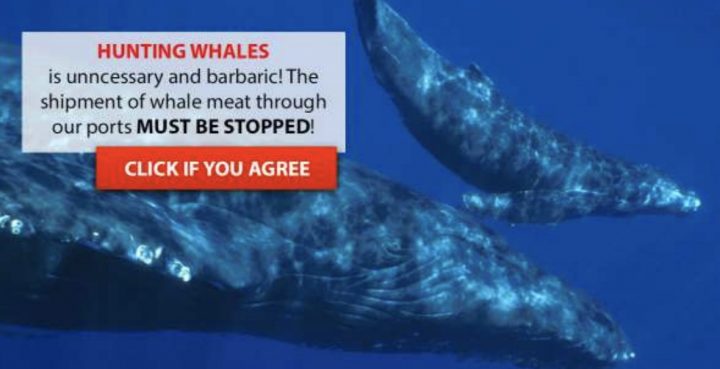 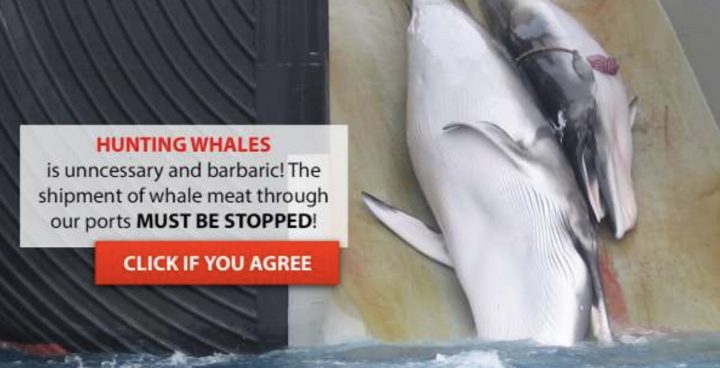 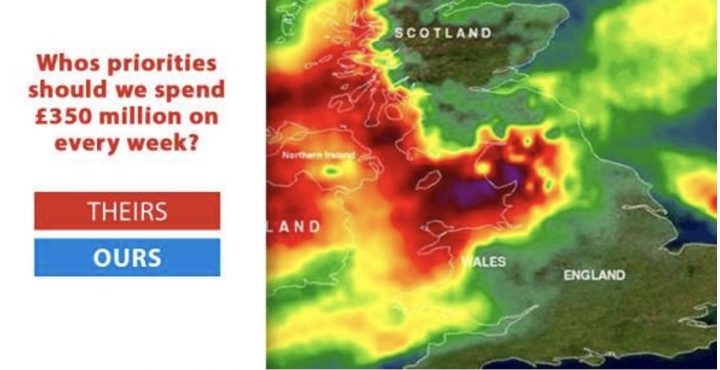 Even on the day of the referendum, polls indicated that Remain looked likely to win, with a predicted 52% of the vote. But the balance tipped in favour of leave, and the rest is history.

So it’s possible that clicking on an ad of Corbyn or a dead whale led to the current chaos the UK faces. It’s one beyond fake news, and it’s nothing short of disgusting.