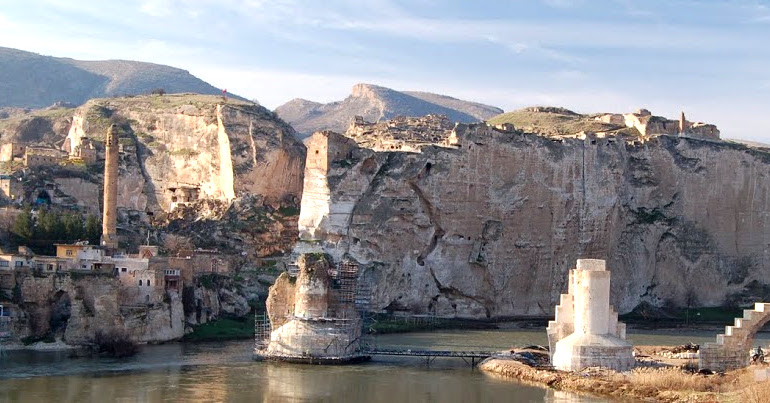 The Turkish state has long been unrelenting in its plans to wipe out Kurdish culture. And in its latest move, it has vowed to begin filling a controversial dam within its borders on 10 June. This will see hundreds of majority-Kurdish villages submerged under water, literally wiping them from the map. The dam will displace roughly 78,000 people, as well as thousands of nomadic people.

Activists have been protesting the Ilısu dam for 20 years, stating that Turkey will be flooding the ‘cradle of civilisation’. Among the towns set to be submerged is 12,000-year-old Hasankeyf, which has thousands of neolithic caves and hundreds of ancient monuments. Laughably, Turkey has moved a number of these monuments in the name of ‘preservation’.

Water as a weapon

While Turkey lacks oil and gas, it has lots of water. Turkey is one of the most active dam-building countries in the world, with 635 of them within its borders. The Euphrates and Tigris rivers flow through the country. Most of Turkey’s largest dams sit in the basins of these mighty waterways.

Both Syria and Iraq rely on water from the Tigris river. So the Ilısu dam could cut off the water supplies vital for urban areas in these countries, as well as for agriculture.

The dam is just one construction in Turkey’s massive Southeastern Anatolia Project (GAP), which consists of 22 dams. According to journalist Joris Leverink:

The finished GAP project will reduce water flows to Syria by 40 percent, and to Iraq by a shocking 80 percent.

The Initiative To Keep Hasankeyf Alive, meanwhile, has stated that Turkey most certainly uses water as a political weapon:

Because Turkey is hostile to North-East Syria [Rojava/Democratic Federation of Northern Syria], since 2016 it cuts regularly the Euphrates flow which decreases significantly power generation, irrigation and drinking water supply.

And according to the Kurdistan Solidarity Network and Kurdistan Students Union:

Water is being used as a weapon to further the assimilation policies of the Turkish state and to destroy history and culture, including that of the Kurdish, Armenian and Assyrian populations and their histories.

The dam will flood over 400km of riverine habitat, home to the endangered Euphrates soft-shelled turtle. The Initiative To Keep Hasankeyf Alive also stated that:

The water quality of the reservoir is expected to be extremely low, leading to massive fish extermination, and threatening people’s health. Further downstream the decreased water flow will have a negative effect upon the Mesopotamian Marshes in Iraq – the largest wetland of the Middle East and an UNESCO World Heritage Site.

This is our last chance

Over the years, activist and guerrilla actions have managed to halt the Ilısu dam. But now, it seems, time is finally running out.

On 7 and 8 June, activists will hold their third annual global day of action against the dam. And they’re calling on everyone around the world to do what they can in protest. On Friday 7 June, for example, the Kurdistan Solidarity Network and Kurdish Students Union have called for a demonstration outside the Turkish embassy in London. Their message is clear: ‘Do not drown our history!’

The Initiative To Keep Hasankeyf Alive, meanwhile, stressed that:

It is a duty to fight until the last moment against this project of destruction, exploitation and conflict.

And indeed, everyone who opposes colonial occupation should support communities in Kurdistan, taking action wherever they are to stop this shameless dam project once and for all.