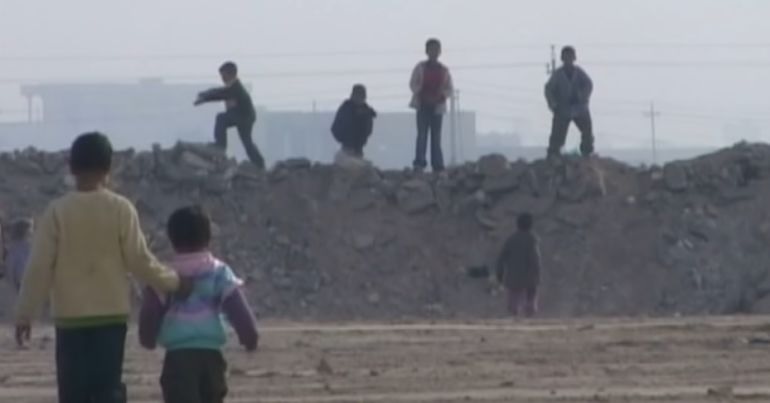 The International Witness Campaign is remembering the last 20 years of the “failed War on Terror”. This decades-long war has seen its fair share of illegality and incompetence by those who’ve waged it. As with all wars, it’s hawks also paid no regard to the huge environmental costs involved.

Now, after these decades of war, the Middle East is facing another security threat: the climate crisis. Indeed, authorities around the world are increasingly recognising the environmental emergency as the greatest security threat we face.

As In These Times recently contemplated, imagine if those who waged the War on Terror had spent the last 20 years fighting the climate crisis instead. The populations targeted in the failed war, and the global community as a whole, would undoubtedly be better equipped to deal with the crisis if they had.

Indeed, there might not be a crisis to speak of if the vast amounts of money spent on the war had been directed to tackling the climate crisis from the start of the millennium onwards.

It’s not just intense heat affecting the Middle East and North Africa (MENA) region either. The climate crisis is impacting rainfall and water availability. This means that some areas are experiencing increased drought, while others are flooding.

As the International Committee of the Red Cross has pointed out, the War on Terror and previous conflicts have played a role in this environmental situation. It’s regional water and habitat advisor Igor Malgrati said:

In southern Iraq, you have an environment that has been damaged by years of conflict, poor environmental management and weak governance. When you add climate change into the mix, you have the perfect storm.

The Costs of War Project has also asserted that the enduring military actions in Afghanistan, Iraq, and Pakistan have resulted in “the degradation of the natural resources in these countries and a radical destruction of forest cover”. It said “the animal and bird populations have also been adversely affected”.

The Max Plank Institute has warned that the climate crisis could make some areas of the MENA region uninhabitable in the coming years. A study by researchers from Princeton University earlier this year made similar claims about countries in the tropics. The study’s authors asserted that the world’s temperature increase needs to stay below 1.5C for the tropics to avoid the risk of exceeding a particular heat threshold, known as wet bulb temperature (TW). Because the human body is unable to regulate its own temperature past the TW threshold of 35C, it’s considered, as the Guardian put it, the “limits of human livability”.

As the UN secretary-general António Guterres said in August, greenhouse gas emissions are “choking our planet and putting billions of people at immediate risk”. Meanwhile, the biodiversity crisis, whereby species are disappearing at a rate not seen in history, is devastating the ecosystems on which people depend on for food, water, and much more. These two interconnecting crises are converging too, with horrifying consequences.

Of course, climate change is not news. The oil and gas industry have known about it for decades. Governments involved in waging the War on Terror have long been aware of it too. As In These Times‘ Sarah Lazare wrote, in light of this understanding:

We should have been putting every resource toward stopping climate disaster, rather than pouring public goods into the war effort

Instead, the US ploughed $21tn into “foreign and domestic militarization” over the last 20 years. The UK government, meanwhile, recently revealed that it spent £22.2bn of taxpayers’ money on the 20-year-long invasion and occupation of Afghanistan alone.

In short, rather than investing in averting climate disaster, US and UK politicians chose to wage a climate-destroying war that made targeted populations even more vulnerable to the environmental crises.

The actions of rich nations in general, largely the elite among them, have brought the world to this environmental juncture. And the warmongering decisions these elites have made are a part of the litany of failures that got us here.

Officials from these countries need to address these injustices, and provide reparations for them, as they gather at climate and biodiversity conferences over the coming months.