The Iranian is planning on executing 20 people more people 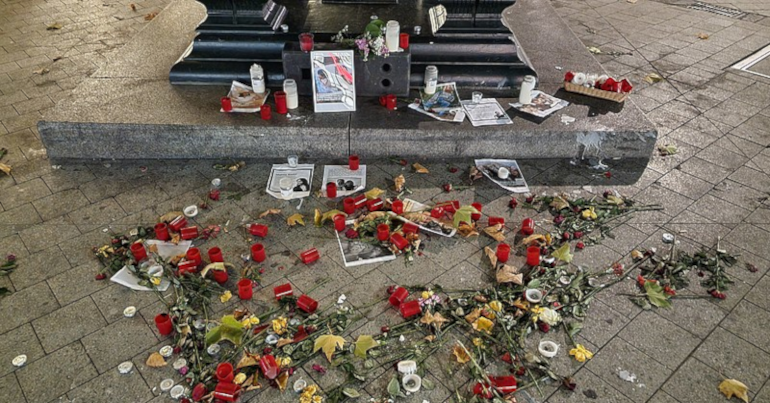 The Iranian state has sentenced a protester to death for taking part in the nationwide protests against the killing of Jîna Mahsa Amini.

Authorities have not yet named the man. They have accused him of:

He is the first to be given the death sentence since the protests began. However, non-governmental organisations (NGOs) warn that at least 20 more people are at risk.

A United Nations official has said that authorities have arrested 14,000 people since the protests began, and are charging at least 1,000 of them in the Tehran province alone. A similar number are also facing charges outside the capital. Iranian security forces have killed hundreds of people since the uprising began in September, including at least 43 children.

Meanwhile, many women in Iran are organising for change. In an interview with revolutionary podcast Çay at the Women’s Front, a young Kurdish woman named Ala said:

We are witnessing a strange encouraging and hopeful phenomenon among the people. And that is the power of unity and hope, the force that has caused people not to stop fighting for even one day

She explained the central place of women in the uprising:

Women have the main and key role in this uprising, from the very beginning when they killed Jîna Mahsa Amini because of not having proper clothing in their opinion. Until now, women have not vacated the battlefield.

“We will build a free life through the women’s revolution”

We are living in the time of Freedom in Rojhilat [the name for the area of Kurdistan within Iran’s borders] Kurdistan, led by women. In the 21st century, we will build a free life through the women’s revolution. Here, Rojhilat and all Iranian women are now imposing a democratic Iran. This time, it should be us women and the peoples, not the hegemonic powers, that will determine how the new life will be.

KRAR celebrated the fact that ‘Jin Jiyan, Azadi!’ (Women, Life, Freedom!), a slogan that has its origins in the Kurdish womens’ movement, is now known throughout the world:

As we prepare to welcome another 25 November, we greet the day of combating violence against women with the universalizing of the JIN-JIYAN-AZADI philosophy. All women of the world come together around this slogan and get closer to each other. This is very exciting and hopeful. It is the password of resistance, the talisman of life and the identity of freedom, especially for women and peoples in Rojhilat Kurdistan and Iran.

A plan for change

KJAR has published a ten-point plan for a womens’ social revolution in Iran. The Canary is publishing it in full below:

Building and developing democratic self-government is the guarantee of social revolution. On this basis, as KJAR, we present our project in 10 points to women, youth and the whole society in order to self-manage and protect the women’s revolution. We consider ourselves responsible for the practical application of these dimensions.

1 – Political women prisoners and all political prisoners, starting with Zeynep Celaliyan, should be freed immediately.

2- All nations and peoples should form committees under the leadership of women against a murderous system that develops enmity between peoples. They should develop democratic relations and alliances and establish a democratic administration.

Self-defense is an indispensable right of society and women, because of special war policies developed against women and society. No neighbourhood should be without committees or units. Our people should be able to give the necessary punishment to the murderers, agents, rapists, torturers and officials in Iran and Rojhilat Kurdistan.

4- Under the name of a judiciary committee, leaders of religion and belief, lawyers, who give confidence in society with the active participation of women, should develop their own judicial system and reject the judicial system of the Iranian regime. A democratic judicial system in accordance with social morals and values ​​should be developed.

6- The demands of universities, which lead the rise of freedom every day and everywhere, are democratic questions. Teachers, students, intellectuals and academics should form education committees for the development of a free and democratic education. An alternative education system should be developed. It is necessary to organize all houses, streets and neighbourhoods in the form of an academy.

7- All Rojhilat and Iranian women will be able to establish their communes, units, and shura [council] units everywhere and organize their own future and ensure their freedom.

8- The family plays a leading role in protecting and developing the revolution. In this process, each family has an important role in strengthening the committees. In order to develop a free and new human being, it is necessary to strengthen the struggle with the democratic family principle.

10- Revolutionary community support committee. Due to the invading dominant system, and also due to the uprising and protest process in the squares, many revolutionaries, many families and societies are experiencing great economic difficulties. Organizing ourselves is crucial to providing vital needs with the help of original economic institutions and companies, led by all those who encourage the revolution, women and youth.

As the uprising in Iran develops, people are likely to experience more and more brutal repression from the embattled Iranian state. We need to listen to the voices of those who are risking their lives for freedom, and be ready to support them.

Featured image of a memorial for Jîna Mahsa Amini at a protest in Germany via Wikimedia Commons/Bernd Schwabe in Hannover (resized to 770x403px), Creative Commons Attribution-Share Alike 4.0 International license