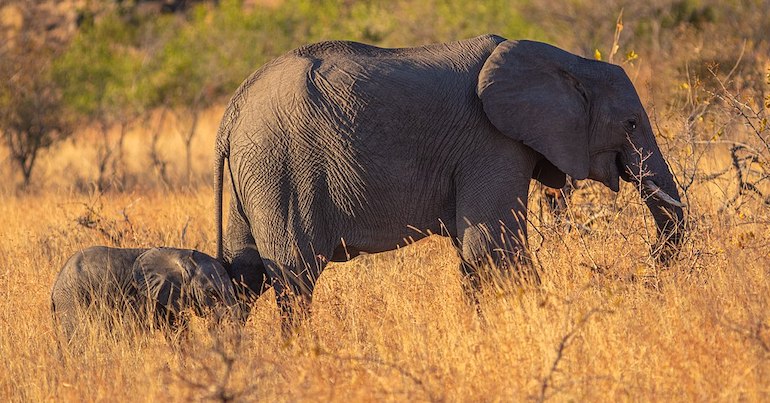 The World Wildlife Conference began on 14 November. In it, nations will make decisions that determine the fate of numerous species. The Convention on International Trade in Endangered Species of Wild Fauna and Flora’s (CITES) conference of the parties (CoP19) runs to 25 November.

Elephant protections are high on the agenda, with a number of African nations calling for increased protections for them from trade. The European Union has, however, positioned itself as an obstacle to progress on one such elephant-related proposal. It’s essentially calling for CITES to kick the can down the road.

Elephants have little time to wait, with all species being endangered or worse.

Two of the proposals are closely linked. One calls for CITES to afford all elephants an equal level of protection, by grouping them in the same category – namely Appendix I. CITES lists the species it oversees in three appendices, depending on how at risk they are, and the trading rules differ accordingly. The other proposal aims to ensure that all live African elephants captured in the wild, such as for export to zoos, stay in Africa.

At present, elephants are a split-listed species, meaning that different populations are subject to varying rules and protections. CITES lists most elephants, including populations in Asia and Africa, in Appendix I. But it lists the populations of Namibia, Botswana, South Africa, and Zimbabwe in Appendix II.

This split listing and the subsequent differing rules have ramifications for the trade in live individuals. And although a decision at a previous CITES conference aimed to limit the trade in live African elephants to ‘in-situ’ destinations only, meaning African countries, some nations have continued trading them to far-flung locations. Namibia, for example, controversially exported elephants to the United Arab Emirates (UAE) this year.

A group of countries – Benin, Burkina Faso, Equatorial Guinea, Ethiopia, Liberia, Niger, Senegal and Togo – have put forward a proposal on the trade in live elephants to tackle this. These countries are all part of the African Elephant Coalition, a grouping of elephant range states. As the Journal of African Elephants highlighted, their proposal calls for a:

‘clear and common legal framework’ to immediately prevent any further exports of elephants out of Africa.

Affording all African elephants the same status, by listing them all in Appendix I, would naturally make establishing such a common framework easier. The idea also makes sense for elephants, as they typically travel far and cross boundaries.

South African author and journalist Dr Adam Cruise told the Canary that Appendix II elephants, such as those in Namibia, Botswana, and Zimbabwe, are transboundary with countries whose elephants are listed on Appendix I, like Angola and Zambia. He explained:

The EU has put in a counter-proposal regarding the trade in live elephants. Its proposal essentially calls for CITES to deliberate further on the matter, including in closed meetings, and propose changes at CoP20. That would delay decisive action for up to three years.

The president of the non-governmental organisation (NGO) Fondation Franz Weber, Vera Weber, has criticised the EU’s plan for such a delay, saying:

The proposal by Benin et all offers a clear, simple and quickly implementable solution. The decision can be taken now.

Cruise warned that a delay would likely mean that “more elephants will be exported out of Africa”. He further highlighted that the EU has already indicated it won’t support uplisting all elephants to Appendix I either, despite the fact that “elephants meet the CITES biological criteria for an uplisting”. He described the fact that meeting the criteria alone isn’t enough to uplist them as “an absolute travesty”.

With the EU having a 28-block strong vote at the conference, this could well mean that “once again elephants will not get full protection at CITES”, Cruise said.

The EU’s proposal is likely to please the countries that want to continue trading elephants to foreign zoos. However, it is at odds with the position of others, such as the Pro Elephant Network (PREN). The PREN has thrown its weight behind the proposals regarding uplisting all elephants to Appendix I, and limiting the trade in live individuals to Africa.

The International Union for the Conservation of Nature’s African Elephant Specialist Group, meanwhile, opposes “the removal of African elephants from the wild for any captive use”. In a particularly striking illustration of opposition to such trade presently, the European Association of Zoos and Aquaria (EAZA) also axed the zoo that bought the elephants from Namibia from its membership in September. It said the import breached multiple standards.

As the Guardian reported, the EU is also apparently planning to oppose a proposal to ban trade in common hippopotamus products at CoP19. In the last decade, the common hippo has seen a total population drop of between 30% and 50%. The countries behind the proposal wrote to the European Commission about the planned opposition, accusing it of:

jeopardising the chances of the west and central Africa region, which are range states of more than half of the hippo populations, to adequately ensure the survival of the species

At the CoP19 opening ceremony, the UN Environment Programme’s deputy executive director, Sonja Leighton-Kone, warned decison makers against “an unsustainable extractive mindset”. She said that this is:

The proposals to increase protections for elephants and hippos are a step away from this unsustainable mindset. The EU’s opposition to progress in this direction isn’t surprising, particularly given its past opposition to a full-scale ban on sending wild African elephants to zoos outside of Africa.

The extractive mindset is a leading reason why the world now faces an extinction crisis. It needs to be left well and truly behind.